Free Yourself from Regret and Transform Your Life
By Elizabeth Young 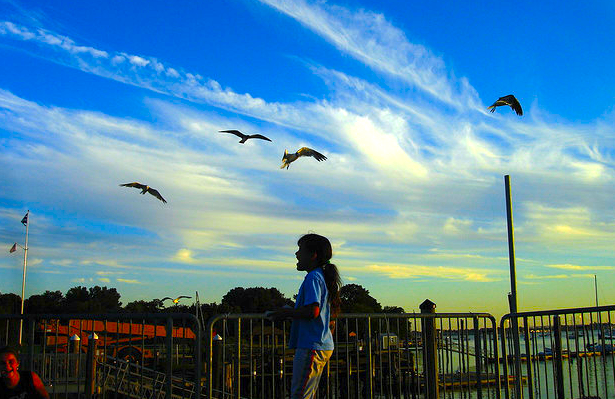 I always had a hard time accepting all of me. As early as I can remember others defined me by saying “You are so weird.” Not in a malicious way but more in a “you don’t fit into our familiar box” sort of way.

I spent most of my teens and twenties attempting to conform to others or numbing myself to a point of not caring what they thought. If someone would have told me that forgiveness and compassion would lead me to inner peace and wholeness, I would have asked them what they were smoking.

So how is it that I came to learn that freedom lies within the forgiving and compassionate heart?

I can assure you that it wasn’t because I have some super powers or a secret knowledge that you don’t. My discovery came through a real and messy life, no different from any other.

My dad drank a lot. He was the obvious thorn in the family—the one that everyone else used as a distraction to keep from looking at themselves, the one that needed love the most but we were too afraid to give it.

I was six or seven years old when my dad was pacing back and forth across the street from my grandparents’ house, yelling, “I just want to see my kids.” I thought to myself, “Why can’t he just come over and give me a hug? My daddy just needs a hug.”

Someone in the house was assuring my frightened grandmother that it was against the law for him to come any closer to the house because of the restraining order, which didn’t make much sense to me, so I hugged my doll and disappeared into the background.

As my father’s drinking and raging progressed, I too began to fear him. Afraid of my father, afraid of how people treated him, afraid life could actually be the way that he seemed to experience it—it was all so terrifying.

It wasn’t easy watching my dad struggle his whole life, blaming his family, his job, my mom, and eventually me for his pain.

Occasionally he would have a reprieve. Like the time he sent me a dozen roses for no reason. When I asked him why he sent them, he said, “My daughter is going to get a lot of roses in her lifetime and I wanted to be the first to give them to you.”

He could be so charismatic, loving, and kind. I loved him with all of my heart.

In my twenties I found myself caught between a deep love and a desperate fear of my reflection. I fought a good fight not to become my dad. But as the saying goes, “what you resist persists,” and voila: I woke up one day and realized that I wasn’t like my dad. I had become him.

Now in my twenties I was the one blaming others for my unhappiness; if only my childhood wasn’t so screwed up, if only my father was a better role model and had been there for me, and so on.

Using relationships, alcohol, food, and whatever else I could to drown out daddy’s little mirror, I found myself plagued with the reality of not being able to live successfully anymore than he did.

Healing begins when we can stand still and face ourselves in the mirror of another.

The one thing that I had never witnessed my father do was take responsibility for his actions, which were the culmination of his life experiences. Knowing that I was just like him, I knew I needed to make a different choice, but how?

I began reaching out for guidance through counseling, books, and learning from people around me who seemed genuinely happy. I soon discovered the power in connection.

Connecting with people that were living life as creators, rather than victims, showed me a whole new way to live.

I began to change inside. Compassion and self-forgiveness swelled. The principle “as within, so without” proved true as my newfound experience poured out and into my world.

My thirties were a time of forgiveness during which my father and I were estranged because of his active drinking. At that time I didn’t know how to grow while simultaneously keeping my father in my life.

Unfortunately, by the time my relationship with my father was healed, he had been dead for about five years.

During those years I had made several attempts to make amends with him, once by spreading his ashes on Father’s Day at a place he used to take me and my brother as children.

I’d written and read aloud two letters I wrote for him at different points of time.

Interestingly, the action that created the ultimate healing came to me in meditation one morning.

Sitting in silence I became aware of unkind and dismissive behavior I had displayed toward my father’s fourth ex-wife, Ann. Her only crime was that she loved him and was a kind stepmom. I blamed her for my father’s alcoholism, which made no rational sense.

When I called Ann she was as gracious to me as she had always been.

I responded, “I’m calling because I have become aware that I somehow held you responsible for my father’s alcoholism, and because of that I was unkind and dismissive toward you. I wanted you to know that I am sorry for the way that I behaved and am extremely grateful that you were able to love and accept my father all those years, especially when I was unable to love him myself.”

Her warmth traveled through the phone lines as she said, “You’re welcome; I understand. Your father so loved you.”

Immediately after our phone conversation I felt something physically leave my body. I will never forget it. Beyond my understanding my relationship with my father had been healed.

After my father died I tried to convince myself that I had no regrets about never healing our relationship. The truth is that years earlier I intuitively knew that it was time to call my father and make things right, but I made the choice not to do it for one reason: fear.

It is the one thing in my life that I would do differently if I could.

Although I believe in a higher plan, with things always happening as they should, my actions play a vital role in the equation. Being responsible for my life has taught me to acknowledge my regret and the choice that I made which created it.

Lessons I Learned from a Forgiving and an Unforgiving Heart

Today when I find myself restless I ask, “Am I being stingy with my forgiveness?” And if the answer is yes, then I ask, “What can I do now to make things right with myself or between me and another?” knowing that they are one in the same.

Forgiveness is a warrior’s journey where we grow into compassionate human beings. Regret surfaces when we know within what we need to do but we don’t do it. Forgiving is our opportunity to limit regrets.

In our willingness to practice forgiveness we move from seeking acceptance to resting in our wholeness.

Elizabeth Young is most importantly a student of The Art of Living Inspired. Years of suffering ended when she discovered who she is. She writes about her journey that led to the recognition of One. She produces and co-hosts The Possible Podcast – To Achieve Things You Never Thought Possible found in iTunes, Stitcher, and Zune.