From Broken Heart to Open Heart: When Breaking Up Is a Good Thing
By Jeanine Reed 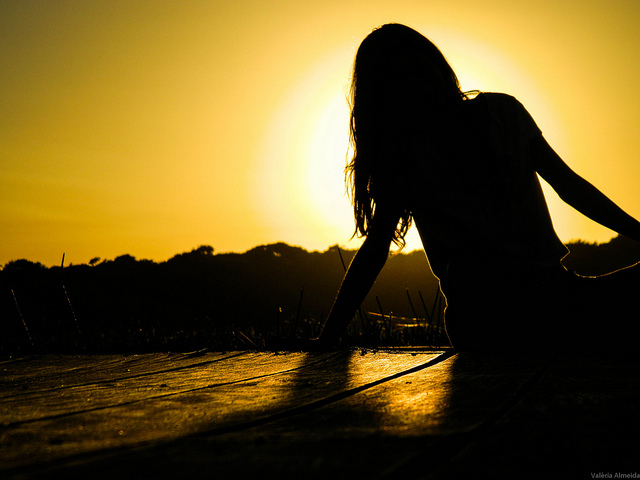 “When you blame others, you give up your power to change.” ~Dr. Robert Anthony

On March 18th, 2011, I received an email that forever changed my life.

“You got me—I’m seeing someone else.”

That’s the only line I remember. I had noticed that my boyfriend at the time had been acting “strange” and confronted him on it. He fessed up to me in an email while I was at work. There was nothing I could do and nowhere I could go.

I felt that burning sensation on the back of my neck. I wasn’t sure what to do next, so I sat there at my desk in my office in a haze for the rest of the afternoon.

I spent the next few days plugging along, assuming that since I had not shed a single tear, everything was just fine. It wasn’t.

Three days later, I walked into my house after an evening of hanging with friends, and all of sudden it hit me: He was gone. I was alone.

I broke down, sobbing uncontrollably. I saw no hope, just days and days of pain ahead of me. Unfortunately, that would come to be true.

Until that point, I was a “relationship jumper.” I’d move from one relationship to the next with little to no break in between, and had done so for fourteen years and four serious relationships.

Not once during that time had I stopped to think about what I wanted.

My fear of being alone far outweighed any desire to get to know myself, so I continued on from one relationship to the next, wondering with the ending of each one why it had failed.

Of course, I blamed all of them. There couldn’t possibly have been anything wrong with me. I was a good girlfriend—I supported them, was there for them, gave more than they did, kept my mouth shut and tried not to get angry with them, stayed with them even when I knew something didn’t seem right.

In early 2011 it was no different. It was all his fault. He cheated on me. He left me. He did this to me. I was the victim. It ended because of him. Sure, I was thinking about leaving him, but I didn’t. Sure, there were major red flags, but a good partner just ignores them, right?

Then something changed. As I began picking up the pieces over the next few months, I started thinking consciously about why this had happened. I began to wonder if, in fact, I had played a role in this and in the ending of all my previous relationships. I began to take responsibility.

Sometimes, a broken heart isn’t such a bad thing; it can allow more love in than you thought you were capable of.

I made an executive decision to spend some time alone and form a relationship with myself for the first time in my life.

I started doing yoga. I rediscovered my love for writing. I graduated from pastry school. I traveled to Paris. I wrote music. I found a spiritual mentor. (When the student is ready, the master really does appear.)

I was finally becoming the person I was supposed to be. I wasn’t lonely; in fact, I was less lonely then I’d ever been.

I also realized that I was not the victim. All my actions, all my choices, and all their consequences were happening because of me, not just happening to me.

I began to notice that my relationships with others were improving, as well. I was letting people in and allowing them to really know me, something I had struggled with in the past.

I was finally asking for help and leaning on friends and loved ones instead of always trying to do everything myself.

I found that responsibility and forgiveness go hand in hand, and bridged the gap on two strained relationships, both with people I’m extremely close to today. One of them is the mother of two of my nephews, who I now spend more time with than ever before.

My broken heart brought me closer to my family and friends.

It was not an easy journey, by any means, and it is far from over. But two years later I’ve come a long way. I’m awake, aware, and alive.

Every day is another chance to give love and receive love in return. You really do get what you give.

They say everything happens for a reason, even bad things, and I truly believe that. Out of the ashes of my sadness and fear rose responsibility, forgiveness, and love.

Sometimes we must suffer heartbreak to truly open us up and let out all the greatness we hold within. I’m thankful every day that my heart was broken. I’ll never allow it to close back up again.

Jeanine is a baker, writer, runner, yoga-rat, and all around great gal. She studied Pastry Arts, and chronicles her confectionery journey in her blog, "Small Indulgences," complete with recipes, stories, ideas, and photos to inspire and delight. She recently converted a portion of the blog into a dessert cookbook.

A Broken Heart Is an Open Heart

Healing a Broken Heart: It Will Get Better