Gaining Freedom from Our Obsession with Possessions
By Ara D 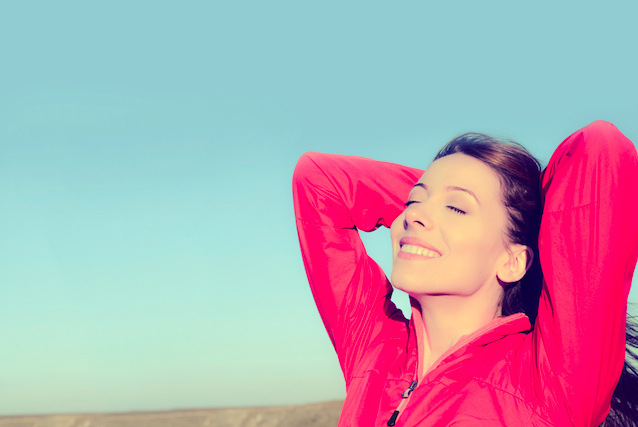 “How pointless life could be, what a foolish business of inventing things to love, just so you could dread losing them.” ~Barbara Kingsolver

Approximately one month after graduating from a privileged institution on the East Coast, I was standing knee deep in rainforest on the Big Island of Hawaii cutting weeds with a small kama.

Here I was, with a brand new Master’s degree in Education Policy, genuinely confused as to whether I was cutting the right plant because my entire life before that had been about sitting on the computer doing mind work.

Despite my lack of experience, the humidity, and the mosquitos that just wouldn’t quit, I still remember thinking to myself, “This is the happiest I’ve ever been.”

My goal, like so many others who choose to go to graduate school, was to finish my program in a specialized field and get a higher paying job with the prospect of moving up the proverbial ladder.

I needed a higher paying job to pay not only my bills, but also to maintain all my possessions, which I identified with so strongly.

In an increasingly globalized and interconnected world, countless corporations and advertisers work hand in hand to convince us of our inherent need to possess possessions, and they deliver the message that our worth can be counted by the quantity and price tag of our material belongings.

Catchy songs and slogans, promises of happiness in a bottle, and endless portrayals of a “better” life inundate us the minute we turn on the television or step outside our house to work for a paycheck that seems to slip through our fingers as we buy more and more without ever feeling as if we have enough.

Like countless others, I bought into this harmful ideal and spent the summer of 2013 feeling as if I was drowning in debt.

My credit card was maxed out, I had quit my job because I disagreed with the politics, and the only job I could manage to find was part-time and barely paid more than minimum wage.

When I started my graduate program I thought to myself that if this degree didn’t help me find a well-paying job, I was a failure.

Well, I didn’t end up finding a job after graduation, and in August 2014, I decided that if I was going to be jobless I might as well be jobless in a beautiful setting.

With a few thousand dollars in my savings account, a one-way ticket, and a single suitcase, I went to a donation only ten-day Vipassana meditation retreat on the Big Island of Hawaii.

Looking back on my trek across three beautiful islands in Hawaii, (the Big Island, Maui, and Kauai), I realized that my time spent in silent meditation at the beginning was necessary.

It was the first time since I started kindergarten at age five that I didn’t go to school and/or work in pursuit of “the good life” that had been marketed to me for as long as I can remember.

Among people from all over the world and all walks of life, I ate simple vegetarian meals, slept in a borrowed tent, and gave up any possible distractions including all electronics, books, and writing materials.

It was the single hardest challenge I have yet to undertake, and there were moments of such intense misery that I seriously considered asking for my things and returning home before completion.

With absolutely nothing to entertain me, I found myself reading and rereading a pamphlet I didn’t realize I had from the plane, and watching a group of turkeys for over an hour as they did nothing more than go along with their daily lives.

I realized in tears after a profound meditation that I’d maxed out my credit card because I was trying to fill a void in the midst of an emotionally toxic relationship and I was disenchanted with a job that I had once thought of as perfect for me.

I emerged from the retreat with a better sense of who I was and the resolution to live as simply and sustainably as possible.

On the Big Island I volunteered at an aspiring eco-hostel where I slept on an old school bus that had been cleared of its seats and replaced with two twin mattresses and a table.

In Maui I toiled on a permaculture farm high in the mountains and shared a tent and later a small bedroom with my close friend.

Kauai led us to volunteering at a beautiful multi-million dollar home where my friend and I alternated between sleeping on the couch in the main house and a recently renovated toolshed that fit only a small twin-sized bed.

Throughout my time in Hawaii I left behind many of my things, some voluntarily and others involuntarily.

I donated restrictive clothing that no longer seemed to fit my more laid back attitude and two comfortable pillows that I had initially been sure I would take with me wherever I went.

However, it was my reaction to my involuntary losses that made me realize the futility of holding on to material possessions I once considered essential in the concrete jungle: my cell phone and my music playing device.

Before, these losses would have aroused a plethora of negative emotions in me: regret, anger, sadness, frustration, and most certainly the overwhelming desperation to replace them as quickly as possible.

Having very little came with a big benefit, however: I had very little to lose. An even bigger benefit was that I learned to appreciate what I did have.

Sometimes we make ourselves sick with worry over keeping our possessions safe in our care and sick with longing for what we don’t have.

This comes with associating our worth and our happiness with material objects that no matter how much we care for, eventually deteriorate over time or go out of style only to be replaced with a newer version.

And so the cycle continues.

Breaking the dizzying cycle of materialism doesn’t have to include donating all our belongings to a charity, however. There are three simple steps you can take toward gaining freedom from your possessions and breaking the cycle of more, more, more.

1. Cut down on what you already have.

It doesn’t have to be something drastic. Studies have shown that removing clutter from our surroundings leads to a calmer and clearer state of mind.

Start with one room instead of trying to take on the whole house. Are there any clothes you haven’t worn in years? Be honest and really consider if you’ll ever wear it again.

Personal styles come and go, and there’s no shame in donating something that still has a price tag on it, you’ve only worn a few times, or is uncomfortable due to our beautifully changing bodies.

2. Think twice before you buy.

“If I don’t get this I’m going to regret it tomorrow.” “It’s such a good deal I’d be foolish not to buy it!”

Wait a day to buy whatever you think you need, especially if you hadn’t planned on buying it before you saw it.

More often than not, our concentration is pulled in other directions and we don’t even remember the item we just “had” to have the day before. Or, the prospect of going back to the store is simply not worth it.

3. Be grateful for what you have.

This is by far the most important piece of advice I can give to anyone. There was a day when the servers offered candy for the first time during lunch, and I don’t think I ever enjoyed a small hard candy as much in my entire life.

Being without so much of what I took for granted every day during my meditation retreat (including any chairs with backs!) and during much of my travels led me to realize that focusing on the small things I had made me infinitely happier.

Ara D. has been fortunate enough to travel to nine different islands since graduating with an M.S. Ed in Education Policy in August 2014. The “go with the flow” mentality has made a mark on her that she won’t soon forget. She is a motivated advocate for underrepresented students and believes in a holistic and balanced approach to life, love, and work.