Getting Back Your Belief in Yourself
By Lisa Jenkins 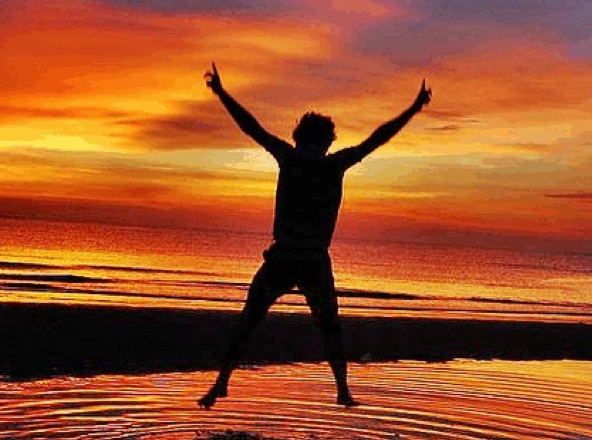 “When you believe something can be done, really believe, your mind will find ways to do it.” ~Dr. David Schwartz

Fifteen months ago I was in a rut. A rather large rut actually. The recession was well and truly in full swing, and I was up to my eyeballs in credit card and loan debt.

I could barely afford to live, let alone pay my mortgage, and there was the threat of losing my home hanging over my head every day.

I had spent most of my twenties and thirties working to pay the bills and the rent as most of us do, and frankly, considering the economic climate, I was just grateful to have a job. However, every day I would wake up in a fog and go through the motions of living.

Most of the time I felt stressed and exhausted with nothing to focus on or look forward to, and I felt as if I couldn’t do a thing about it—which made me feel worse.

I’m used to challenges in my life, as I have cerebral palsy. My mum passed away when I was nine, my father left the UK when I was eighteen, and I have been living independently ever since.

This is not a pity plea. When faced with difficulties, as long as there is some kind of solution or a door I can try, that keeps me motivated to keep looking for a solution.

Fifteen months ago, I was faced with brick wall after brick wall. I wasn’t happy about it, but I couldn’t see a way out. I’m emotionally tough but my situation was making me question my whole being. I didn’t realize that I was functioning in a depressed state.

I certainly never thought I’d be a single 37-year-old woman on the hamster-wheel of life doing the same job day in and day out, with nothing really to look forward to.

I kept asking myself “Really? Is this it? Is this my purpose?” Something just didn’t feel right about the way I was living my life.

I went to see a friend who specializes in reiki and yoga. She took one look at me and said, “You are at the end of your tether, aren’t you?” at which point I burst into floods of tears. It felt so good to let it all out.

After a few moments she said, “You can change your life, and you will,” and handed me a small book.

She told me the book would confirm everything I already knew deep down. The book was called The Secret. Even if I didn’t believe everything it in, it helped me switch my negative thinking and gave me a much more positive outlook.

Just being told I could change my life made a huge difference in my mood.

In my second reiki session with my friend, she asked me what my passions were. I said music and literature. She then told me to start writing—not tomorrow, not next week, but now!

I realized that I had not written anything in years and had not listened to music—properly—for months. There was nothing in my life I could think of that made me feel excited or joyful, and that just wasn’t me.

In fact, I hadn’t been “me” for years! It was a daunting prospect, and I started comparing myself to my favorite authors and music journalists, so I procrastinated—something I’m rather good at. But once I started to get a few responses from online magazines that were looking for contributors, the ball started slowly but surely rolling.

I now often ask people who are unhappy with their current situation what their passion is. Most say “I don’t know.” They do, really; they just don’t know how to articulate it.

I ask what they think of first thing in the morning, when they feel happiest, what makes them tick, what they love, and what sends shivers up their spine. Most importantly, I ask when they last felt excited by something.

There is often an underlying passion which can be turned into a job, a hobby, or a lifetime pursuit. I really believe that.

So, a year-and-a-half later I am writing about music, the passion that used to make me as happy as a teenager.

Years ago, I was willing to try and climb out of our house—on the second floor—to get to a concert my father had banned me from. Not easy with cerebral palsy. It was somewhat amusing to watch at the time, but I remember the passion I felt for that band and how good their music made me feel. I was willing to try anything!

Finally after twenty years and doing what people “thought” I should do, I have my passion and belief back.

Don’t get me wrong; life is not a field of sunny daffodils. I don’t get paid for my writing. There are thousands of wannabe music writers out there and hundreds of music magazines. They don’t need to pay you. I write for the privilege of writing about music as a fan more than anything else.

I am still in debt, but I have managed to keep a roof over my head. Something, or someone, gets me through. I am also very lucky to have wonderful friends and family. They would never allow me to go homeless.

I have also stopped fearing loss. Ask yourself what the worst-case scenario would be, and think about the steps you would take if that happened. You would, no doubt, survive somehow.

No matter how bad you think it might be, could you get a roof over your head and food in your stomach for you and your family? If the answer is yes, then you would still be better off than some.

If your fear is losing a person, just know that after they go, through choice or death, your heart will eventually heal, no matter how long it takes, and that it is okay to feel awful about it. You never stop missing the person; you just stop grieving for them, eventually.

My life is so much better than it was fifteen months ago. I am a different person and I feel as if I’m back in the driver’s seat. Through my writing and the contacts I’ve made I have many exciting prospects.

And most importantly of all, the Lisa who existed—the one who thought she could do amazing things with her life—is back.

I still have a day job and I still pay the bills, but my music writing is beginning to be the main focus in my life—money or no money. And this makes me so happy on a daily basis I can’t tell you!

I’m not waiting for someone to “discover me” and I have no intention of becoming famous, but with every new idea I have, interview I do, new contact I make, or new prospect that is offered to me, I get such a buzz.

So, if you find yourself feeling as I did last year, don’t just quit your job, go on the dole, and hope for the best.

Think about a dream you’ve always had and a passion that makes the adrenalin in your body start pumping, and forge a path towards it—for no other reason than you have to.

Expect nothing in return, and everything that comes as a result of you following your passion will bring you untold happiness.

After all, life is far too short to be miserable, don’t you think?

Literature, art, and music have played an important part of Lisa’s life. They provide inspiration and have helped her refine her writing/editorial skills for websites such as The Quietus and God Is In The TV. She has appeared on the BBC Radio 1 documentary “Let Me Into The Music” presented by DJ Nihal. Visit www.lisaannejenkins.com.

Why Hard Work Might Not Pay Off (and What Will)

6 Steps on the Path to Passion and Fulfillment

Why My Passion Died When I Was Living the Dream