Getting Real in a World of Fake
By Carla Poertner 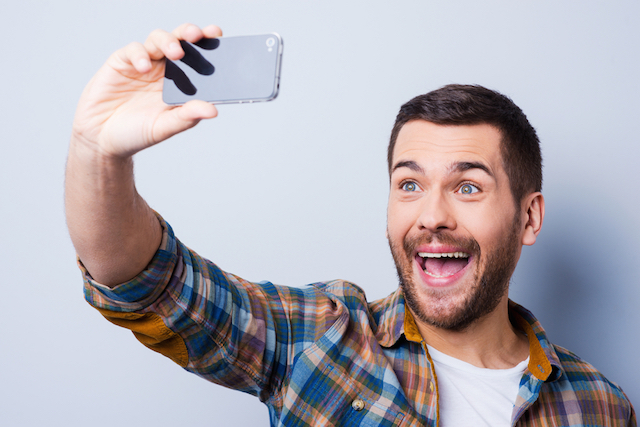 “Nobody wants to be lonely. Everybody wants to belong to a group. The crowd is essential for the false self to exist. The moment it is lonely you start freaking out. Particularly in the West they have not discovered a methodology to uncover the real. To be an individual is the greatest courage. It does not matter that the whole world is against me. What matters is that my experience is valid. Don’t die before realizing your authentic self.” ~ Osho

Authenticity. Courage. Vulnerability. We hear these words so often they’ve become a part of our daily language. But how often do we stop to investigate what they actually mean?

I grew up within the gates of a fundamentalist religion that didn’t just discourage conformity, it taught us daily to demonstrate our opposition to the status quo. We were trained to speak about the awkward and practice the uncomfortable, sometimes in the face of hostile reactions.

And so it was that, as a child, I learned the skill of both living boldly and sticking my foot into a person’s door so they would listen to what I had to say.

Over the years, my vantage point became one of lone observation, both within my own “tribe” and when I was at school.

I organized most people’s behavior into some variation of a desire for acceptance by their group. They wanted to follow a leader, or less often, to be one, all out of fear that if one is not accepted, one is somehow less worthy.

At the time, I didn’t understand the great sacrifice people made for acceptance, stuffing away their uniqueness and covering it with a superficiality that was pleasing and likeable.

Eventually, I left my own cloistered tribe after concluding that true radicalism is one’s ability to be courageously real—not in a bid to be different and unique, and therefore, somehow superior, but only to live according to what one believes.

If you are on a path of seeking the real and avoiding the fake:

1. Keep connected with the opposite of your tribe.

We selected our friends because they make us feel good and they share similar tastes and desires. But with no challenge to our status quo, we risk losing out on vital learning.

Our brain schemas are designed to accept familiar information and discard what doesn’t fit with our versions of reality. This makes for groupthink that ranges from boring to dangerous.

Akin to the Facebook feed that caters to more of what we already like and know and creates homogenization, our tribe, bless them, are also prone to unconditionally support us, even when we are being unwise or thoughtless.

While their support may feel good, it is also a disservice when they reinforce our faulty thinking and don’t question our actions.

I have come to see a good friend as someone who can hold me kindly but boldly in the space of our relationship and ask, “What on earth are you thinking?”

So don’t ditch all your old friends (unless you need to), but do challenge your viewpoints by talking and listening to the person you think is weird, reading the book that makes you shift uncomfortably, and exploring the activity that evokes a bit of fear.

Instead of rejecting new ideas outright, play with them, think them through critically, and then keep or discard them.

2. Start being real with people.

The greatest challenge here is that we first have to be real with ourselves. This means becoming unmasked and accepting our strengths and foibles without shame.

Only then can we begin to be real with others, because there will be nothing of us to hide.

If we can accept our full, awkward humanity, then we can learn how to extend ourselves openly into what aligns with us and feels right, our purpose.

We will know when to say “no” and when to say “hell yes.” We will speak our minds and take scary steps not because we have lost all sense of fear, but because we know we can be afraid and do it anyways.

And we can meet conflict directly, without the misalignments that grow from avoidance, denial, and gossip.

Speaking of gossip, when we are being real, we won’t do it.

When we hear it, we will state that if a person has a problem with someone else, they should speak to them directly. And we will have no part in cliques that exclude others. Instead, we will seek other intrepid explorers, who also embrace life with the exclamation, “let’s be free of all of that.”

I don’t know about you, but I reject the idea of capturing all of our sacred moments for social media instead of living them. And I battle with this personally, because I’m a documenter, but I favor tipping the scales toward real.

In the movie The Secret Life of Walter Mitty, the famous and elusive photographer Sean O’Connell, played by Sean Penn, travels to the Himalayas for a shot of a rare snow leopard. Mitty tracks him down, and the two of them, perched out on a mountaintop, wait for the cat, who finally makes an appearance.

Instead of taking the shot, O’Connell moves from the camera and watches. When Mitty asks him when he’ll take the photo, O’Connell replies, “Sometimes I don’t. If I like a moment. I mean me, personally, I don’t like to have the distraction of the camera. I just wanna stay… in it… right there. Right here.”

You likely already know why this moment is valuable: it’s the only thing that’s real.

You know exactly what you are losing. The tender touch your lover just gave you that you absentmindedly ignored. Lost. The book that lays on your lap unread, your son having placed it there long ago until he tired of waiting. Lost.

Real time, with all its tastes, smells, and sensations, is irreplaceable. You have a choice each moment about who, and where, you want to be.

If where you want to be is real, then immerse yourself in the greatest antidote for fake that we have in a social media obsessed, email-, text-, and like-checking society. Leave your phone alone when you are with the mountains, trees, or by the lake, with your beloved, your friends, or your little ones. It is rude and dismissive of their essence and humanity.

Besides, at the end you lose out. Because there is no amount of screen time that can rival the pleasure of just one kiss, blowing all the wishes off a dandelion, or a deep breath of mountain pine.

Carla Poertner is a Certified Life Coach, writer, and mother of three boys. She is a Huffington Post blogger and Elephant Journal Columnist. You can get her e-guide, sign up for her free tele-classes and read her latest articles here on her blog carlapoertner.com.

Using Social Media for Growth and Minimizing Its Negative Effects