Getting to Know Yourself, What You Like, and What You Want in Life
By Jade Yap 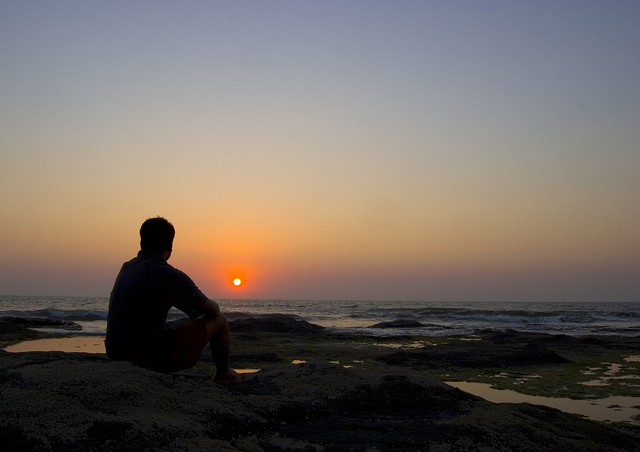 “Be yourself; everyone is already taken” ~Oscar Wilde

In some ways, it may seem counterintuitive to have to learn to know yourself. Surely that should be a given, right? Not necessarily.

While our experiences clearly helped shape us into the people we are today, this does not mean that we necessarily know who we really are—what we are passionate about and what we want from life.

Since we were tiny, we’ve developed beliefs and values, some good and some not so good, as a result of our environment and the pressure from society to conform.

When I was younger, I associated academic achievement and fitting into a group with my self-worth.

Having an older sister who was academically superior to me made me feel worthless and led to issues with low self-esteem.

I was so paranoid about being liked that I would often force myself to attend school even when I was incredibly ill, in case friends decided they no longer wanted me in their group.

In retrospect, this all sounds incredibly irrational, but at the time it made perfect sense. Despite the emotional turmoil I constantly experienced, school became a symbol of familiarity.

I thought that if I worked hard and got into a good university, everything would finally fall into place.

So I worked extremely hard, achieved good grades, and got an offer to study at Cambridge University. I had proven to everyone else that I was intelligent, but this “proof” seemed strangely hollow.

Despite thinking that all these achievements would make me feel better, I felt numb. This was what I had wanted, and yet I still wasn’t happy. I started thinking there was something wrong with me.

Fast forward to my first and only month at Cambridge. Thrust into a completely different environment, I experienced huge bouts of self-doubt and hatred, and suffered what can only be described as a complete nervous breakdown.

I had spent so much of my life working toward what I thought were my important life goals only to find out that they meant nothing. Instead of feeling a sense of pride and self-worth, I spent my month at Cambridge feeling like a fraud and an outsider.

At my worst, I felt as though I did not truly exist. Without a group to neatly ‘fit’ into, I lost all sense of my identity.

Who am I? What am I working toward? I had no answers to these questions; I had nothing but negative thoughts for my identity to attach itself to.

On leaving university, I was diagnosed with anxiety and depression. That year, I underwent a course of cognitive behavioral therapy, and while it works for many, it did not work for me.

Almost feeling guilty for the fact that it was not aiding me to recovery, I would lie and pretend to my therapist that it was working. I was still aiming to please others by being what I thought they wanted me to be, even after all this time.

The only thing that really helped me was taking time out to really understand and learn about myself. Through my struggles, I identified that I was always working toward goals I thought other people wanted for me.

My self-esteem was so low that I didn’t know what I really wanted or indeed, who I even was.

My journey to discover my identity is ongoing. Being so sensitive, I know I am often influenced by other people’s goals and desires, so I consciously make an effort to find out what it is I really want by taking the time to listen to myself.

Here are some thoughts to consider that continue to help me in this journey and hopefully might be helpful to you:

1. Realize that you do not have to justify your worth.

I used to think: “If I do X, then I am worthy of Y.” This thought is entirely wrong and destructive, as it presumes some hierarchy of people’s worth exists. The truth is that everyone is worthy of love, respect, and kindness.

2. Take time to try different things to figure out what you enjoy.

What struck me after leaving Cambridge was that I had no idea what I actually enjoyed doing. If someone had asked me this when I was at school, I would have spouted stuff that would make me sound like a model student, like being part of the debate team or public speaking.

Of course, you can like doing these things, but in my case I was merely saying what I thought people wanted to hear.

Since realizing this, I’ve tried art classes, different forms of exercise, cooking, a film club, volunteering abroad, creative writing, and I’m still trying new things out. This has provided me with a greater insight into what the real Jade actually enjoys, and I’ve had a lot of fun along the way.

This was probably one of the most important things I did. It was hard to let go of the idealized image of what university and my life were going to be like, which had been instilled in my head for years. But once I was able to, it was easier to accept things for what they were, without feeling like my whole world was crumbling before me.

When you’re finding things tough and questioning who you are and where you’re going, it’s important to take some time out to practice a bit of self-care. For me, this usually means getting lost in a great novel, having a warm shower, and getting at least eight hours of sleep.

After this, my thoughts become less erratic and I feel a lot calmer and more ready to face any challenges ahead.

5. Know that fitting in is overrated.

I have learned that you are very lucky if you have a few close friends.

At school particularly, it can sometimes seem that belonging to a group is the most important thing, but as I’ve gotten older, I’ve realized that true friends won’t leave you on a whim. And they should love you for your amazing unique qualities rather than your “role” to the group.

Be yourself and you’ll attract authentic friendships into your life.

6. Remember that your life is not set in stone.

I could berate myself for leaving Cambridge and the great opportunity it presented to me. However, I’ve come to realize that life is full of opportunities. Any time spent regretting missed ones allows less time to enjoy the opportunities that are presenting themselves right now!

Jade Yap is a simple soul who lives and works in London, England. She loves writing, aspiring to write and publish a novel in the not-too-distant future. If you want, you can read some of her writer ramblings at jadewritesstuff.wordpress.com. In addition, she enjoys life’s little things such as drinking tea and her tiny white dog.