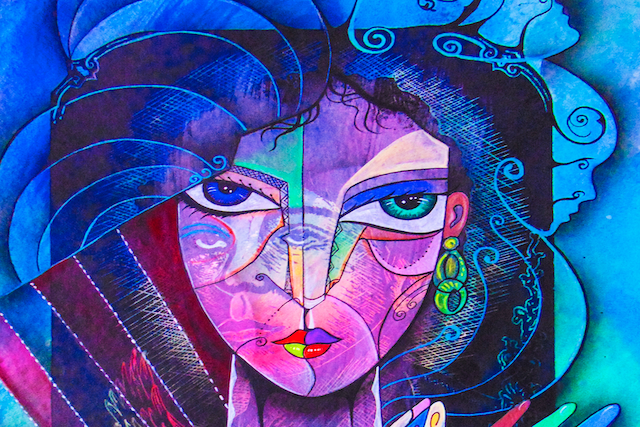 Some lessons you learn once, and they last a lifetime.

I loved to bake as a child, and one day I put a bowl of batter in the microwave with the metal whisk I was using to stir it. A minute later, I pulled the bowl out of the microwave and grabbed the hot metal whisk with my bare hand.

When I think about it, I can still feel the burn from the metal that took several weeks to heal.

Some lessons last a lifetime.

When I was a little girl, we had a housekeeper for about a month. We came home one day to find that she had stolen several things from our home.

“Mom! Can you believe Lupe stole these things?! How could she?!”

My mom barely reacted to this news. “She must have needed them more than we did.”

I was outraged. “How can you say that? What she did was wrong!”

My mom calmly replied, “Melanie, you never know what someone else is going through.”

I wish I’d remembered that lesson many years later when I was the unit coordinator of an emergency room.

Patients, medical staff, family members, paramedics, and the intercom created a cacophony of voices. People were shouting and running, beeps and buzzers were going off, and the phones were ringing constantly.

There was a separate phone used for patient calls. Its distinctive ring was as welcome as a hammer to my skull on this frenetic day. Just my luck, I was at the desk next to the room of a patient who called every five minutes.

I could have handled it if she asked for what she needed in a normal voice. Instead, she whined each request, as if she was at death’s door, which I’m sure she was not.

Anyone whose biggest problem is not being able to reach the TV remote has it good in the emergency room, wouldn’t you say?

I mean, we were in a major trauma center. There were people getting CPR, coming in with gunshot wounds, or rushing to surgery as soon as they came through the door, at the same time this woman was whining about not being able to reach the TV remote.

I thought this was my chance to help her get a new perspective and realize that really, she had it good. It kind of felt like my duty. Like I’d be doing her a favor.

So I said, “Well, at least it’s just an issue with your TV remote. There are plenty of people here who won’t survive the night, so you’re doing well to be concerned about watching TV.”

Her eyes grew wide with shock. Her voice softened with the awe of someone who had just been given great wisdom.

“Wow. You’re so right. I should be thankful I’m here and doing okay.”

I sauntered out of her room, feeling great about myself. I really did a good thing. I was like a divine messenger.

When I got back to the nurses’ station, I decided for kicks to look and see why the woman was in the emergency room in the first place. Probably a stubbed toe or something lame like that. I looked at her chart. Heart transplant recipient, renal failure, blood transfusions.

She was only thirty-five years old.

I felt like I’d been hit with a brick.

And there she was, thanking me for helping her see that her situation wasn’t that bad. That just made it worse.

I wanted to walk in there and say, “You know what? Your situation is bad! You want some more ice chips?”

I may not have a physical scar to show, but the shock and shame I felt after reading that woman’s chart went far deeper than the burn from the metal whisk.

Some lessons last a lifetime.

I still judge people. Who doesn’t? It’s like my brain receives information and immediately makes a decision about it.

But I know enough now to remind myself that I’m only seeing part of the picture. Maybe the woman in the hospital called me into her room because she didn’t want to be alone. Maybe she was scared. I don’t know.

And that’s the point. We never know what someone else is going through, whether it’s a housekeeper stealing from her employer, a woman in the hospital incessantly using her call button, or someone who cuts you off on the highway.

We never know what someone else is going through.

What we can do is give other people the benefit of the doubt and choose to show them kindness and compassion.

I know it’s hard sometimes to feel compassion for someone who is really rude or annoying. That’s when I create a story to explain their behavior.

The guy who was rude to me at the grocery store—did you know he just got diagnosed with gonorrhea? From his mistress? And his wife is pregnant with another man’s baby?

No wonder he’s in such a bad mood.

Making up silly stories helps me lighten up. It helps me remember that I’m only seeing one snippet of this person’s life. They could be longing for a breath of kindness, a modicum of compassion.

And that’s something I can give.

Melanie Jade Rummel is a Medium who shares positive, loving messages from Spirit Guides. She is the host of the weekly video series, TrueYou TV, which helps you live your truth and love your life. Melanie shares daily inspiration on facebook. Visit her at MelanieJadeRummel.com.

How To Wake Up Feeling Confident, Relaxed, And Productive