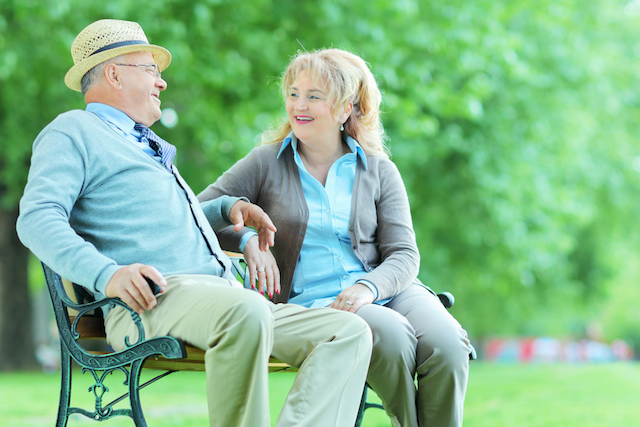 “The single biggest problem in communication is the illusion that it has taken place.” ~George Bernard Shaw

Can we just talk?

Those words can be a buzzkill on dates, and yet talking is the most profound interaction we will ever have with another human being.

A while back, my husband walked into the kitchen where I was reading an article on my phone and asked me if I had a chance to get a Father’s Day card for his dad (who lives in Canada). I said no I didn’t, and, since it was eight in the evening, I’d get it tomorrow.

He put on his shoes, got the keys, and said, “I’m just going to get it,” then slammed the door.

Now, this seems like an appropriate conversation; however, what I can’t relate through the computer is the tone of it. You know, that tone where you know there’s more to it then what was just uttered. Plus, the door slam was like a slap in the face.

Immediately, my mind started accumulating thoughts about how I had messed up. How I place more emphasis on my own family, and he must feel I don’t do enough for his. I was spiraling into negativity and, within minutes, I was in that dark place of “I’m not good enough.”

Usually I sit with this for hours and days; however, tonight, I couldn’t take it, and what I needed to say was busting through. We talked as soon as I took a few breaths and re-centered myself.

I asked him if he was upset. He responded no, but he felt the need to go get the card that instant. I brought up slamming the door, and that it made me feel like there was more to the story.

He agreed that he was upset because I didn’t look up from my phone to answer the question. AHHH relief! He just wanted my full attention during a conversation. He doesn’t think I’m the daughter-in-law or wife from hell.

Me: Why didn’t you just ask me?

Me: I’m not a mind reader and you aren’t a kid. Tell me what you need.

There are so many miscommunications like this between us, like the time when our outside bar fell over in the wind and the glass top broke. He came outside and I said, “Oh it’s broken,” and he said, “Tell me the truth. What happened? Did you break it?”

I was horrified. Where’s the innocent until proven guilty? I felt disrespected and like a liar. After talking about it I realized this happened because our past communication had been like this. Out of fear, I may have told a white lie or left out details.

I further re-centered to realize that I had allowed us to talk this way to each other most of the time. I would get upset and then let it go. I didn’t state what I really thought or felt; not only did this not allow us to grow, but this allowed him to think everything was okay.

I finally found the courage to state my boundary for communication in our marriage, starting with: can we talk.

I would need more openness in our conversations. More direct communication about what you really mean to say rather than expecting that I “should just know.”

I would need you to just say, “Hey, can your put down your phone so I can ask you a question?” Even simply saying, “I’m not sure what to say right now” is better than the silence, the hesitation, the pause, which gives my ego a meaning, a reason to put me down and spiral me into that dark corner.

If you are telling me exactly what you need from me, and I from you, there is no interference, no misinformation, no blame, shame, or guilt in either one of us.

This simple interaction of just talking completely transformed the communication in our marriage. It also gave me the power and strength to express what I will and won’t stand for in our marriage, or in any relationship in my life.

Simply by talking. The energy around us becomes light, and we are able to accept the love that is between us. In honoring our words and our voice, we stand for the greatest human characteristic we have.

Other animals mate, cuddle, and kiss, but talking… that’s only a human trait, and it’s the key to all human interaction, since it’s the only way anyone can know what we’re thinking and feeling.

So talk, be vulnerable, say exactly what’s on your mind. Truth is, the other person may be thinking the same thing, and you could be the link that reopens communication and makes them feel human again. So let’s just talk…

Reshma Patel has two beautiful daughters. She works as a physical therapist and she loves to write. She created Endless Possibilities blog and Endless Healing Integrative & Holistic Physical Therapy. She hopes to inspire people to heal their bodies, clear their minds and free their spirits, and gain an improved sense of self and body worth.