How My Anger Led Me to Forgiveness and Peace
By Meredith 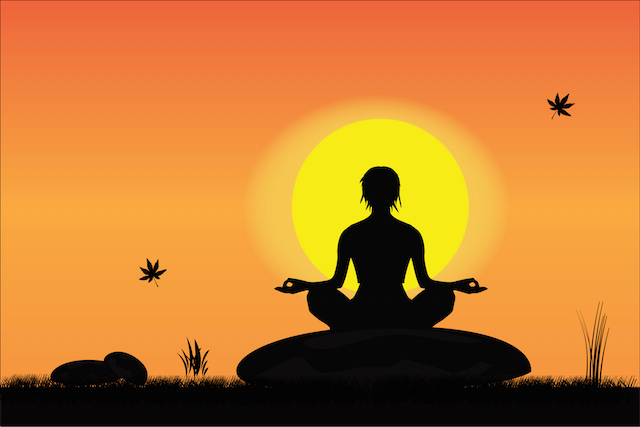 “Genuine forgiveness does not deny anger but faces it head-on.” ~Alice Duer Miller

As an adult survivor of childhood sexual abuse at the hands of a relative, I had become accustomed to keeping secrets. Silence, I was taught, was a good thing. It protected people that I loved.

So for over a decade, I carried the dark and overbearing weight of my past in secrecy and in silence, believing I was the only one in the world who’d ever experienced such abuse—until I learned from a college workshop that one in four women and one in five men fall victim to sexual abuse by the time they are eighteen.

Shocked and convicted, a surge of emotions overwhelmed me.

Later, for the first time, I was able to share my secret with my mother. She was devastated and we cried, but the conversation ended on a peculiar note: “You can’t ever tell your dad,” she said, “because it will destroy him.”

It felt as if I’d finally surfaced for air after drowning my entire life, and now I was being pushed back underwater, but sadly I accepted it. As aforementioned, silence was a good thing, wasn’t it? It protected people that I loved.

The seven years that followed proved to be the most tumultuous of my life. I battled suicidal ideation, clinical depression, anxiety, panic attacks, plummeting self-esteem, immeasurable anger and resentment, and the take-home prize of the millennia: unforgiveness.

I was a highly-trained victim at this point, putting on an Oscar-worthy performance.

And then one day, I’d had enough. I did what I’d always wanted to do: I got angry!

Now before you take a baseball bat to your ex’s four-by-four, I’m not talking about the type of anger that features fist fights and flying chairs on daytime talk shows. This type of anger is a process through which you can access the power and peace that can only come from forgiveness.

There are four steps I have experienced in this process:

1. Give yourself permission to get angry.

I was accustomed, as I’ve emphasized, to the golden rule of “silence.” Skeletons were better left in the closet, I thought. Unfortunately, mixed with my already existent people-pleasing ways, this was a recipe for disaster.

In my journey toward esteeming others above myself, as many of the world’s wisest sages have taught, I inadvertently evolved into a doormat. Talk about regressive Darwinism!

I wanted to be a good person, and so when I felt anger, resentment, and unforgiveness, I beat myself up over it. I truly believed that I was a horrible person for being angry over what had happened to me. Further, I didn’t want to be the “villain” in others’ eyes or the black sheep in the family who just couldn’t let go of the past.

I allowed myself to acknowledge that I was in pain, that it didn’t feel good, and that I was angry about it. As such, a process could then—and only then—begin. I could now travel into the deepest and darkest parts of my soul and bring light to those forgotten caverns.

There was a time when I believed I would never share my story with a single soul. I could’ve never imagined those long years ago how untrue that would become.

Every time I share my story, I feel more and more powerful. I’m no longer a victim—I’m a survivor! Sharing your story is not about incriminating the wrongdoer. It’s about validating yourself, owning your experience, and committing to living your best life.

There may be someone reading this right now who has never shared the life story that’s so burning inside their heart. Whether it’s writing down the story in your personal journal or finally telling a trusted, long-time friend, take this bold step forward. You will feel freedom like never before.

Your story is nothing to be ashamed about. Come forth from that dark corner into the light. The weight feels lighter with every word you speak, and the story will become easier to share with each telling.

I believe that if more people realized how liberating it feels to finally share their story, more people would in turn experience the love, freedom, and peace that they so desire and so deserve.

Dealing with anger while bearing the goal of forgiveness in mind requires a life support team. You need to surround yourself with loving people who care about your personal growth and want the best for you.

And while these people will support your need to validate yourself and feel angry, they mustn’t be people who will talk you out of forgiveness. Instead, ensure that your life support team is stocked with people who understand the power and love that comes from forgiveness and why it’s vital to your permanent joy.

These people should also be able to ensure that you don’t act out on your anger. Getting angry doesn’t mean treating people unkindly and it’s not a “Get Out of Jail Free” card for nasty behavior and cruel words.

You’re not excused from characterizing love just because you’re wounded. Trust me: you don’t want to live like that anyway. I can personally attest that it will only leave you feeling more deflated and defeated.

Whether it’s friends or professional help, your support will be a safe space where you can share your struggles, open yourself up to the insight and guidance of others, and apply their suggestions to your life toward more positive and empowered living.

Once you have progressed through the above steps, there will come a time when you will want to have “the conversation” with the person who has hurt you. If you’re like me, you might be shaking your head, declaring that it won’t happen. I thought the same—until it did.

And when it did, fists didn’t fly. Neither did chairs.

Because I’d journeyed through the previous steps, I was able to come from a place of perfect peace. I was in control of my emotions. And I was able to lovingly explain to this individual how they had hurt me, how it had made me feel, and why I therefore struggled with extending forgiveness.

Six months later, the process came around full circle and I was finally—finally—able to let go of the past and forgive. This didn’t mean forgetting about what happened. It meant reclaiming my life and deciding that the past wasn’t going to have any control of my happiness or my future.

All because I’d made the choice to stop denying my anger and instead face it head on.

What about you? Has denying anger kept you from moving toward forgiveness and peace? Try the four steps above. Go ahead, get angry (constructively)! Freedom’s waiting on the other side.

Meredith is a writer who loves to explore topics such as mindfulness, peace, and happiness. In her free time, she enjoys practicing yoga, spending time in nature, and volunteering with animals.