When You Want to Judge, Be Curious Instead
By Jen Picicci 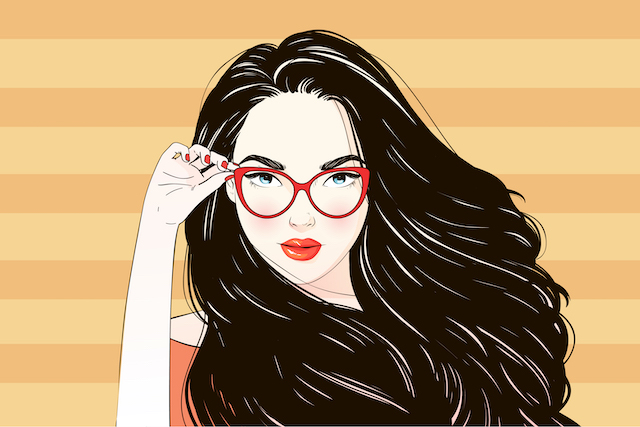 “Curiosity will conquer fear more than bravery ever will.” ~James Stephens

Earlier this year I wrote a pretty honest and open article about how I was trying to be less judgmental.

As with anything new, there’s a learning curve. Letting go of judgments hasn’t become a natural and automatic part of my life quite yet, but a skill I’ve recently learned that’s making a huge, huge difference can be summed up in one word: curiosity.

Let me explain: I recently finished Brené Brown’s newest book Rising Strong. It’s all about getting up after a hard emotional fall, and what it takes to get through the difficult feelings that come with failure.

One of the key concepts Brown illustrates is how important curiosity is in this process, and when I read that, something clicked: Curiosity is the key to letting go of judgment, as well!

I became even more certain of this about a month ago. I had taken my daughter to story time at the library, where there were many other young children with their parents and caretakers. Partway through, my daughter started wandering away from the group, and I stood up to follow her.

As we left the circle, I noticed one mom, a woman who had two children with her, was not engaged with her kids at all. In fact, she was sitting at a table turned away from the group, playing with her phone.

I saw this as a perfect opportunity to test out my new theory that curiosity would help me let go of judgment. My old thought would have been “Ugh, look at her! She’s not even paying attention to her kids! What’s so important on her phone that she has to look at it right this second?”

Thinking that way would have left me feeling annoyed, angry, and a little superior, but definitely not in a good way, so I’m glad I remembered that I wanted to try being curious instead.

This time, I consciously shifted the direction of my thoughts, trying to be curious about her actions rather than making assumptions about them.

Could she be waiting for a really important email from a family member or friend?

Is she using her phone to search for a new job?

Did she have an incredibly rough morning, and really just needs to zone out for a few minutes while her kids are in a safe environment?

Is it any of my business if she’s looking at a gossip website or texting her friends rather than being highly engaged with her kids?

When I did this, I felt so much better. I felt happy and light. I was so thankful that I’d remembered to be curious.

There’s something so freeing about giving a person the benefit of the doubt and coming up with possible reasons for their behavior that go beyond the obvious. It feels so good to operate this way.

If you’d like to try, here’s what I’ve discovered so far:

Always skip over your first reaction and look for something deeper. If someone is tailgating you and you start to feel angry, skip the “That jerk!” response and try imagining what could be going on in their lives.

Could they be running late for work? Thinking about something else and unaware that they’re so close? Notice how those curious thoughts allow you to simply switch lanes and let them pass, rather than fuming and yelling.

Put yourself in the other person’s shoes. Maybe a salesperson was short with you, and you started mentally calling them names. Trying putting yourself in their place for a moment.

Is it possible they’re on their second shift of the day because a coworker called in sick? Or they just found out their kid failed geometry for the third time?

Your harsh judgments of them won’t help you be compassionate or get better service, so you may as well get curious about what’s going on, which will allow you to be kind and non-judgmental

Ask questions instead of making automatic statements. Making judgments always involves black and white statements that put you in the right. Shifting to curiosity means shutting off that automatic response and asking thoughtful, insightful questions.

Even family members and close friends deserve your curiosity and compassion. It’s easiest to practice this new skill on strangers, but once you get the hang of it, remember that being curious rather than judgmental of your friends and family will benefit you both.

Instead of assuming your sister didn’t call you because she cares about her new boyfriend more than she cares about you, try being curious about what’s really going on. Maybe she’s got too many things on her plate right now and could use some help.

The bottom line is that judgments are assumptions, not truths.

They’re about you being right and the other person being wrong. They don’t feel good or serve you. Being curious is kinder and gentler, and creates an environment where it’s clear that we’re all different people, dealing with life as best we can.

It’s really for you, when it comes down to it. Being judgmental doesn’t feel good, but being curious certainly does.

How Curiosity Can Help Us Heal from Pain and Grow

How Curiosity Can Improve Your Relationships and Your Life