How to Find Yourself By Losing Yourself
By Patricia Thompson 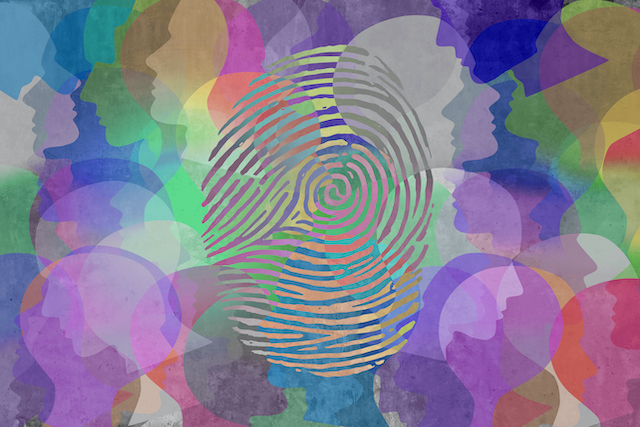 “Our lives improve only when we take chances and the first and most difficult risk we can take is to be honest with ourselves.” ~Walter Anderson

Growing up in a small town in Western Canada, I was known as the kid who accomplished things.

I was the well-mannered and conscientious child who skipped grade two, was at the top of her class, played three musical instruments, took ballet lessons, French lessons, swimming lessons, and any other lesson in which I expressed an interest.

While this might sound like the calendar of an over-scheduled kid, it actually never felt that way. I had a real love of learning, and appreciated the opportunity to be exposed to so many things.

While I was grateful for all the privileges afforded to me by my parents, the unintended side effect of being the kid who accomplished a lot was that it set a very high bar in terms of others’ expectations of me.

I knew my classmates and teachers expected that I would go on to great things, and so, I continued to achieve. I was educated at some pretty prestigious schools and got a Masters’ degree, and then a PhD. I embarked on a career as a corporate psychologist in which I consulted to high-powered senior leaders, lived a jet-setting lifestyle, and made a healthy income.

And, if I’m being perfectly honest, it wasn’t just others’ expectations that drove me—I savored the response I got from people when they wrongly sized me up based on my appearance, and then found out about what I did. I enjoyed getting upgraded on airplanes and having access to V.I.P. areas of hotels.

Being an achiever was an integral part of my identity. Yet, after a while, it started to become confining.

As you can see from my childhood experiences, I am the sort of person who has varied interests, and a lot of them are creative. So, as you might expect, there eventually came a point in my career in which the artistic-dreamer aspects of my personality felt like they were being trampled by the pragmatic, results-driven, goal-oriented parts of me. I knew I needed to make a change.

I talked with friends about my dilemma and got advice akin to some of the backlash many others who have been lucky enough to have some degree of privilege receive. People unsympathetically dismissed the stirrings of my soul as being in the realm of self-indulgent “first world problems.”

“Do you know how many people would want your job with the money you’re making? You can’t mess that up!” a well-meaning friend said.

“Are you kidding me?” chimed in another, “You sound like one of those spoiled self-absorbed celebrity types who has lost touch with how things really are and don’t realize how good they have it.”

So, what did I do? Nothing. I put my nose to the grindstone, continued business-as-usual, and tried to revel in the identity that looked like gleaming gold to others, but was beginning to look painfully tarnished from the inside.

Then, in 2013, my husband and I had a son. Each night, as I rocked him to sleep, I did what so many parents do: I shared my hopes with him regarding how he would live his life.

I whispered to him that he could do anything he desired. I encouraged him to go after his dreams and live out his passions. I told him he was uniquely talented, and that he needed to use his gifts to the best of his ability. In other words, I told him to do everything I wasn’t doing.

As someone with a newborn, I was a rush of emotions, novel experiences, and sleep-deprivation. I had quite a bit of time in the wee hours of the morning to introspect and contemplate the meaning of life. And when I reflected on it, I knew that the reason why I wasn’t practicing what I preached was because I was scared.

What if I tried something that I was truly invested in and failed? How would others respond? Perhaps I would have to listen to sincere concern from loved ones questioning why I was making reckless choices.

Maybe I would get expressions of disappointment from certain friends as I fell from the pedestal on which they had placed me (against my will). And, it certainly wasn’t inconceivable that I might be on the receiving end of some gleeful schadenfreude from others behind my back.

Plus, there was that pesky issue of my identity. I liked being known in my circles as the one who could be counted on to achieve. Who would I be without that identity?

After numerous quiet meditations during 3:00AM feedings, I realized that who I would be was someone who was a whole lot happier.

I would be able pursue my heart’s desires unencumbered by apprehension about how others might respond. I would no longer have to stifle the voice deep inside trying to get me to embrace all sides of me. I would be free.

So, to honor my creative side, I finished a book I had started writing a few years prior. I dealt with the feelings of uncertainty and nakedness that I felt in response to putting something about which I was truly passionate outside of my reach for others to judge.

I have approached my work differently, drawing on my penchant for asking life’s deep questions and a desire to help others have professional lives that provide them with a sense of purpose.

I have allowed myself to delight in the journey, without worrying too much about how others might perceive whether or not I am living my life in the way they think I should.

And, the invisible weight that I have been carrying around has disappeared. I can just be myself—whoever that happens to be at the time.

If you, like me, have let your view of yourself hold you hostage, here are some suggestions for breaking free:

1. Think about your various identities.

Which ones work for you? Which ones constrain you? While some identities might be obvious in terms of how they hold you back (i.e.: “I am not smart.”), be aware of others that might seem positive, but actually can work against you (i.e.: “I must do everything well.”)

2. Recognize that other people, though well-meaning, can box you in.

While listening to others’ feedback can be a helpful way to develop, be aware that they bring their preconceived notions to the table. Trust your gut, and be comfortable with the fact that others may not always agree with your choices.

3. Be aware that identities change.

Just because you have been known as “The person who…” for as long as you can remember, doesn’t mean you have to own that persona for the rest of your life. Who do you want to be? What feels right for you right now?

4. Give yourself permission to grow.

Instead of needing to be exceptional right away, arming yourself with the knowledge that you can always develop in an area through effort can help to deal with some of the fears that might come up when trying something new. Be compassionate with yourself.

5. Keep in mind the words of the late, great Maya Angelou, “There is no greater agony than bearing an untold story inside you.”

Do you want to look back on your life with regrets? If not, be true to yourself, and you will be rewarded with greater life fulfillment and meaning.

Losing Your Job Doesn’t Have to Mean Losing Yourself