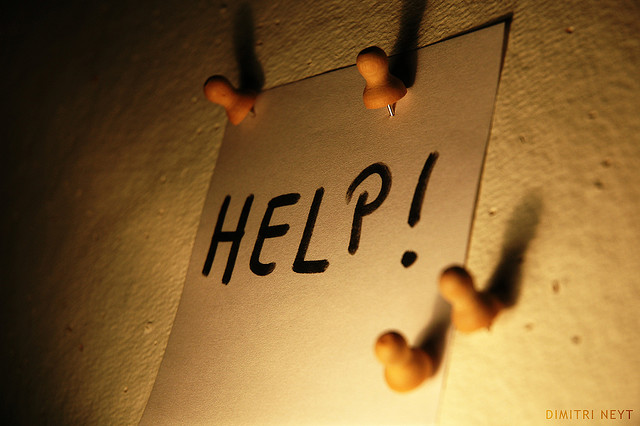 I’m in the middle of self-publishing my first book. Ever since college, I dreamed of publishing my work and now I’m enjoying the reality of going for it.

For weeks, I’ve gathered testimonials. As you may know, they are powerful tools, especially when the people providing them are recognizable to the target reader.

My challenge: how do I get testimonials from all these people I respect? Well, I’ll tell you what I did and how I failed before I understood what worked best.

The first answer to how one gets help is “by asking.” Yes, some people miss that part by never trying.

Why is that? Why do we hold back from asking?

For me, there’s a lot of fear that comes up when I’m about to ask for help.

And those are just my conscious thoughts. There’s a good chance my subconscious replaced the words “my request” in the statements above with “me.”

Sort of slaps the ego a bit harder—makes sense why we wouldn’t want to see it that way. Feels more painful, huh?

Until I could admit this complex belief to myself—that my book and I are the same entity—I stayed blind above the surface, doomed to make and repeat the mistake I’m about to share with you.

I began my testimonial hunt by researching and collecting a bunch of names and contact information. I didn’t go after the nationally famous but rather the community-famous. This smaller subset includes people who are famous within their area of expertise which makes them much more accessible.

Where I Totally Messed Up

In composing my email introduction along with my request, I bumped up against myself. In hindsight, I could see that the belief above showed up one level over (but still under the surface) as “I can’t ask for something without giving something in return.”

This belief highlights my capacity (or lack thereof) to receive, which I need if I want my book to do well.

Can you see how I was doing an excellent job of protecting my ego?

In basic structure, the first emails I wrote went something like:

With the energy of:

Cute and very indirect, these emails got very few responses. And those who did respond let me know they didn’t have time and wished me luck.

I wondered why I got these kinds of responses. I furiously dissected the emails I sent.

Why was I asking for feedback? I had already worked with an awesome editor—I didn’t need feedback!

Why didn’t I mention the word “testimonial” at all? What was all this talk about “favors”? If people got the wrong idea, I might have been coming across as creepy!

Here’s what I realized…

I was playing small.

I believed that these people I respected were too far above me—that they wouldn’t have time for me. That without them I was going to fail.

Can you smell the desperation? Not very attractive, is it? Quite a setup for rejection. And I was the one rejecting myself before I ever gave them a chance to reject me by composing such a confusing message.

With the energy of:

I even made sure the sample testimonial mimicked their communication style and what they cared about—in essence, showing that I “got” them.

After that, the responses shifted. I didn’t write to tons of people, just a handful. And this round was different.

People were not only saying “yes” they were thanking me for asking them! Thanking me for doing work that they cared about! (And the endorsements are still coming in!)

Here’s what I’m left with…

When I play BIG…

Other people get a lot from my playing big. In my requests, I’m actually creating opportunities for other people to put their energy into something that moves them.

People can still say “no” to my requests and it doesn’t have to be personal. It’s just a “no.”

I don’t need to give back every time I receive. Sometimes, I can just relax and receive. It’s may be hard and unfamiliar for me to do so, but at the same time it’s worth practicing.

Nobody is above or below me.

No matter who I am, if someone opens their heart to me, communicates clearly and concisely, and shows me they “get” me by sharing something I care about, I will totally want to help them out. Wouldn’t you?

For me, playing big means taking risks, loving myself no matter what happens, trusting in a higher power, and expressing my truth, first to myself and then to others.

When asking for help, what does playing big mean to you?

Matthew Alexander Sloane is a writer, artist, and brand strategist. His first book, Tulie’s Garden is a graphic novel about authenticity, vulnerability, and the dark side of being a man—as revealed through his own experience. You can help him self-publish this project via Kickstarter.