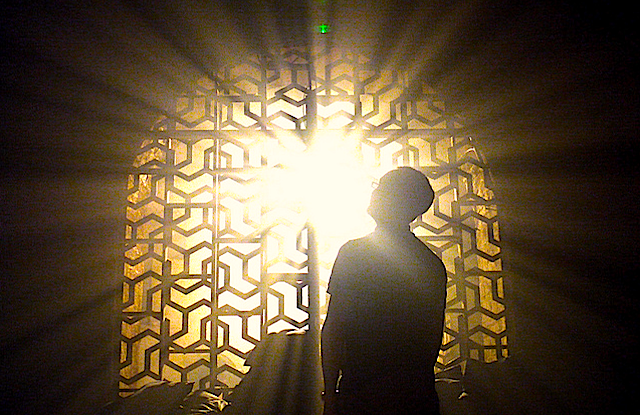 “Every sweet has its sour; every evil its good.” ~Ralph Waldo Emerson

There were monsters in my closet—or so my five-year-old self believed. As soon as my mother kissed me goodnight and flipped the lights off, they would appear.

See, in my room, the sliding closet doors were kept open, and on the top three shelves, monsters would magically appear in the darkness. Their wide mouths closely resembled folded towels and their eyes looked like the buttons of my sweaters, but I was too scared to notice.

I could only see evil creatures staring at me, and after a few minutes of terrorizing myself, I would run out of my room and jump in my parents’ bed. Then, one night, I closed the closet doors and the monsters went away.

Years later, another monster would haunt me in the middle of the night.

This monster had a name, and one of those facial expressions that made her look as she was perpetually frowning. This monster had had an affair with my husband, and had repeatedly attempted to thwart all of my efforts to forgive and to save my marriage.

“That woman is evil,” friends of mine who knew her would say. “She’s plain evil.”

I believed she was evil, and when she assumed the role of a monster in my head, anger and fear settled themselves comfortably in my heart.

As I did when I was little, I tried to close the doors of my awareness to send this new monster away. When a thought about what had happened came to me, I would push it out of my mind, but the thought would eventually return with renewed intensity.

Then, one day, as life as I knew it crumbled before my eyes, I started to awaken. I knew that unless I let go of the fear and anger, I wouldn’t be able to move forward into love and happiness. I loved myself too much to remain stuck in this dark place.

Messages about oneness and compassion seemed to come to me from books, podcasts, live lectures, the Internet, and people I met. Life was calling me back.

I understood that I had the power to free myself from this “monster” and from all the “evil” people that might try to come into my life. I’d like to share what I learned with you.

“Evilness” is a judgment.

When you label people as “evil” or as “bad,” you block your ability to see that they come from the same source that created you. Removing judgment allows you to extend compassion not only to them, but also to yourself. Through compassion, you can heal.

You can choose not to give power to so-called evil people.

You might have given the evildoers starring roles in your life drama, but to them, you might just be someone who got in their way. They pursued their goal without considering the damage caused by their actions.

They probably rationalized what they did in a way that made them feel they weren’t doing anything wrong, or that they had no option but to do what they did.

By realizing this, taking the actions of others less personally, and changing your thoughts about these actions, you can choose not to give your power away to other people. You can lessen the negative impact that hurtful actions have on your emotional state.

My adult-life “monster” taught me to deal with adversity like no one else. Whoever has come into your life has done so for a reason. Ask yourself what lesson you can learn from the negative behavior of other people.

Once the worst of my situation was over, I learned I had the choice to simply not let myself be bothered by what anyone had done to me.

When people were verbally attacking him in public, Buddha responded, “If you have a gift to give a friend, but the friend refuses to accept the gift, who then does the gift belong to?”

Limit your time with those who tend to bring negativity into your life and choose not to place your attention on the detrimental actions of others.

“Evil” dissolves when you bring light into it.

If I had just turned on the light in my room when I was little, the monsters in my closet would’ve disappeared.

Usually, when others attack you, they are subconsciously seeking to bring up negative emotions in you. Their pain needs to feed on your pain to continue existing. If you decide to not give in to the negative emotions, they’ll have less incentive to attack. Light nullifies darkness.

Bring the light of your love and kindness to everyone around you, and watch the “bad” people in your life retreat or even change their actions.

People who hurt you act out of ignorance. They justify their harmful behavior by thinking they are doing what they need to do given the circumstances in their lives.

Also, people who harm others are usually in dreadful emotional states. They are under such pain that all they have to give to others is pain. Realizing this truth will help you advance on the road to compassion and forgiveness.

There are no evil people.

However, the world is filled with people thinking evil thoughts. If you become prey to anger and hatred, you’ll join the ranks.

Send love to everyone around you, including those who’ve hurt you. Love will open the door for goodness to come into your life, and will close the door to those evil monsters in the closet who are people just like you and me, doing what they think is best at a certain moment in their lives.

Cloris Kylie, marketing MBA, shows entrepreneurs how to create a strong marketing foundation and connect with influencers to grow a magnificent business. The bestselling author of Beyond Influencer Marketing and the host of "Beyond Influencer Marketing Podcast," she has been featured on network television, top-ranked podcasts, and YouTube shows and websites with millions of followers. Get her guide to connect with influencers at cloriskylie.com/influencer.

Why Your Problems Are Not Nearly as Permanent as They Seem

Deconstructing Shame: How to Break Free from Your Past