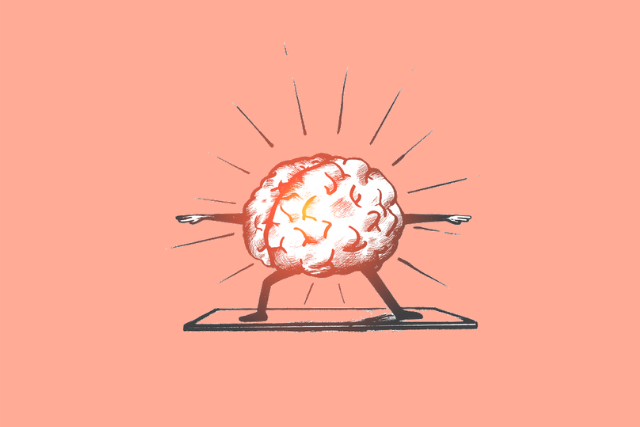 Heroes inspire us all. They are strong, smart, and powerful. They manage to win against all odds. They will keep going no matter what.

They may feel fear but fear does not get them. And just when you thought that they were done, it was over, and that there was no way they could overturn the situation, they rise back out of the blue, strike, and win!

Then they cross the finish line. Glory awaits them. From now on everyone will remember them for the great people they were.

Oh, the path of glory.

We get addicted to this path. We want to be heroes so badly. And we fight, we do our best, we give our all, yet many of us are failing.

I didn’t recognize the reason behind our shortcomings until I realized that there are actually two types of heroes: the glory-focused type and the down-to-earth type.

Let’s take exercise and healthy eating as an example.

Many people decide to live healthier, especially in January with New Year’s Resolutions.

They believe that this time they will make it happen! Glory awaits them! And they march. Full-speed. They do very well—at least in the first few weeks.

Then they slowly start running out of steam. They cannot hold on to their diets as they did, and they skip more and more workouts. A large percentage of them will have quit by the second week of February.

No glory for the quitters, only blame and guilt. They didn’t try hard enough. They gave up too easily. They were lazy. Or, they just did not want to change badly enough.

That’s what I thought a few years back when I realized that, despite my best intentions, I had gained twelve pounds in two years, I was eating out most of the time, and my exercise habits were yo-yoing.

This is when I realized that if I let this trend continue, I would become fat and unhealthy in just a few years. Because that’s how pounds creep in—insidiously. We put on a few every year until one day we wake up and wonder how we got there.

I needed to find a way to change my lifestyle, and do so permanently. No more exercise five times this week, but no exercise next week. No more salads daily for two weeks, and then a more or less permanent break from vegetables.

I needed to create healthy habits—ones that stick.

So I got into researching how habits work, and here is what I found out, to my surprise:

The truth is that most of us who are inconsistent or quit our journey are not lazy, do not give in too easily, and did try our best!

We failed because we focused on pushing toward glory.

This approach is great for short-term quests. Motivation and willpower are great tools to tackle short-term goals. However, living healthier is a long-term lifestyle change, and it requires a different approach.

Motivation naturally drops after we get started with the quest, and just living life depletes willpower—going to work, doing things for our family we didn’t really want to do, going through a decluttering project that leaves us super-tired…

Why? Because this is how our brain is wired.

For the sake of simplicity, let’s divide the mind in the executive (or conscious) and habitual (or unconscious) parts.

The conscious part is responsible for your rational thoughts and speech, while the unconscious part takes care of your emotions and reactions, as well as everything you do when you are on auto-pilot: driving, eating, brushing your teeth, and so on.

Guess which part of your brain controls our habits? You are right; it’s the unconscious one.

Well, you cannot, for example, decide that from now on you will be going to the gym six times a week for an hour and a half each time.

To be accurate, you can actually make this decision, but even if you do, it won’t matter—at least not after the first week.

You’ve just decided to alter your habits, but the unconscious part of your brain is the habits lord and the boss! What you have control of is maybe the following week, but the following year? No. This is under the boss’ authority.

Did the unconscious part of your brain agree with your well-thought-out resolution to become a gym junkie?

If the boss does not approve the plan, then the plan does not get carried out. If you would like to live healthier and yet you don’t, then the boss hasn’t approved your plan yet.

This is why so many people quit their resolutions in February. They haven’t yet persuaded the boss! This is how I gained twelve pounds in two years—the boss had not approved any of my healthy-living plans.

So the question becomes: How can you persuade the boss to make a lasting lifestyle change?

The boss does not respond well to the glory-seeking hero’s journey. That hero’s journey is great for our executive brain, but not for our habitual brain.

Big changes turn on your boss’ fight-or-flight response (run by the amygdala in your brain). When change is big, the boss chooses flight.

Try mini change instead to avoid waking up the amygdala. Five minutes of exercise a day may not impress your executive brain, but they do wonders with the boss.

Easy quests make you feel accomplishment and send positive messages to the boss to keep going.

The boss cannot wait to get more of that! It loves feeling accomplished. Habits are built and you are well on your way to success.

Now, I have nothing against glory-seeking heroes. I think they are awesome! But at the same time I think that the path of glory led me astray, and keeps leading astray many others.

Long-term success is not just about the amount of effort you devote, even though effort does work for short-term goals. Long-term goals need consistency.

In their quest for glory many people lose weight only to gain it back later. They didn’t have the boss’ approval. They didn’t build the habits that would help them with weight maintenance.

I’ve learned that if I follow the boss’ way, I will get the results I want. And I will get to glory. I will be a hero, not just for a few months but also for the rest of my life.

And I will do all that without guilt, trying harder, or self-whipping—evidence of a boss that has not approved the plan yet. Instead, I will do it with ease and comfort.

I now exercise five times a week consistently, I have learned to cook, and I eat at home every day! Oh, and the side effect? Losing the twelve pounds I had put on.

What change are you trying to create, and what mini step can you take today to start forming a habit that sticks?