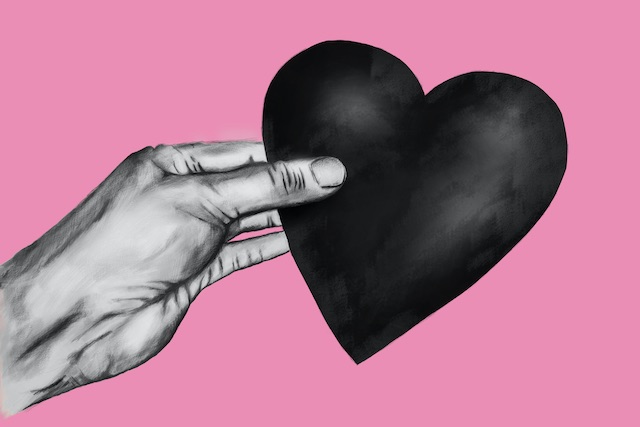 “Freedom is what you do with what’s been done to you.” ~Jean Paul Sartre

Like so many other women, I had a complicated, often fractious relationship with my mother. I had moved thousands of miles away, but an email or a phone call was enough to irritate me.

Visits were tense, nail-biting experiences, where I couldn’t help but analyze each thing that she said to see if it contained a passive-aggressive double meaning, at which point an argument would brew.

For years it had not mattered what anyone told me about how to forgive, and they had told me a lot:

I thought I wanted to forgive her. I knew what it was costing me to carry around the resentment, the replaying of old arguments and the anticipation of future conflict.

Yet something in me didn’t want to forgive, and this was the truth that I had resisted owning for so very long.

We don’t want to admit that this part exists, because of all the stories it piles on top of us—stories that we’re mean, petty, judgmental people.

Of course, we’re expressing mean, petty, judgmental behaviors when we refuse to forgive.

It’s not intentional. It’s just that we’ve been hurt, and forgiveness feels like letting someone off the hook, or pretending that it was okay that they did what they did.

The irrational fear is that if we forgive, someone else will do “it” again. But the truth is, whether or not we forgive has nothing to do with controlling another person’s behavior.

People do what they do. The only person to let off the hook is ourselves, by not concerning ourselves with monitoring someone else’s behavior, or replaying the past.

So, how can you move through the process of forgiving others?

These aren’t “easy steps” by any means, especially because many of them are worked in tandem, but nonetheless they are pieces that make up the whole.

First, acknowledge the parts of you that don’t want to forgive.

The parts that want to punish by not forgiving, that derive some artificial source of power from withholding forgiveness.

It’s a sign of health that we become aware of those places rather than pushing them away, pretending that they don’t exist.

Secondly, if you’re aware already of the fact that you don’t want to forgive, consider the stories that go along with that.

I’ve already mentioned a few. Perhaps the most common is that forgiveness will mean that someone is absolved from responsibility for their behavior.

Here is what I know: When someone wrongs another, they always suffer. They might not tell you about it, or they might put on a bravado. They might not even be aware that their behavior is at the root of their suffering.

But trust me, they suffer. If someone is unkind, they suffer from either the conscious belief that they were unkind, or they suffer from the unconscious fallout of their behavior. (“I don’t understand why people leave/I always get fired/I feel so isolated and alone.”)

Where are you just like this person that you don’t want to forgive? This is the part that people resist most.

Perhaps your partner cheated on you, and you know for certain that you would never cheat on your partner. But, if cheating is a form of deception, can you see places in your life where you have deceived someone else? Are you 100 percent honest on your taxes? Did you ever shoplift as a teenager? Do you tell “little white lies” at work?

No, I would never suggest that a cheating partner is equally as painful as stuffing a t-shirt into your purse when you were a young, reckless teenager.

What I’m suggesting is that the two are borne of the same places. Deceit has its roots in fear—fear of being honest, fear of not getting something needed.

When we see that we are equally as capable of acting out as the next person, and especially when we compassionately see the fear that drove them to behave the way they did, there’s the potential for release.

Finally—and this is the big one—realize that lack of forgiveness is rooted in a lack of boundaries.

This goes back to the fear that if forgiveness were granted, “it” might happen again because the person thought that they could “get away with” it.

The person you know you need to forgive in your life might not even be alive anymore, but if they’re alive and real in your head, that’s enough.

This is the moment of choice: Are you going to decide that you won’t tolerate XYZ behavior, dynamics, and beliefs in your life?

Caution: In movies the hero or heroine “gets back” at someone and then walks off into a happy ending.

That’s not what we’re talking about here. If your boss routinely puts you down, you don’t tell her off and that’s your “power.”

Rather, you decide that you won’t tolerate the put-downs, you come up with a plan for how you’re going to handle it when they arise, and then you actually assert that boundary, while looking at her with pure love because you know that her put downs are causing her immense suffering (even if you can’t see the suffering).

What happens in moments like these is that the put downs become about as believable as a drunk, homeless man who is shouting obscenities on the street. He’s clearly not altogether there, and you can have compassion for him because his suffering is so visible and his words so illogical.

Here’s the big secret: When humans are unkind to one another, they’re not so very different than that guy. Many of us are just using different language and wearing nicer clothes.

When you decide what boundaries to put in to place, and what you will and won’t stand for, you release the fear that “it” will happen again. What “it” can touch you when you’ve already decided that you aren’t going to let it penetrate?

The moment came—and it was a completely innocuous moment for me, sitting in six lanes of backed up traffic, my thoughts discursive—when I realized that when it concerned forgiving my mother, I get to decide who I am.

My life was what I said it was, and a painful relationship with her need not be a part of it any longer, if I decided that it was so. I knew that all I wanted to do was simply love this woman who had given me life and who had taught me so much about who I wanted to be.

There was nothing but gratitude in my heart.

Before my own experience of deep forgiveness, as I waded through years bouncing from one therapist’s couch to the next trying to “figure out” how to forgive, I would have thought this moment impossible. I would have doubted the elegance of its simplicity.

But it really is true: “Freedom is what we do with what’s been done to us.”

It is not the circumstances of our lives that matter. It is what we choose to do with them.

Kate Swoboda is a coach, speaker, and writer who works with women who want to live unconventional and revolutionary lives through practicing courage. She's the creator of The Courageous Living Guide and The Coaching Blueprint, and she hangs out online at yourcourageouslife.com.