How to Live a Fulfilling Life: 10 Powerful Lessons from Loss
By Joel Almeida 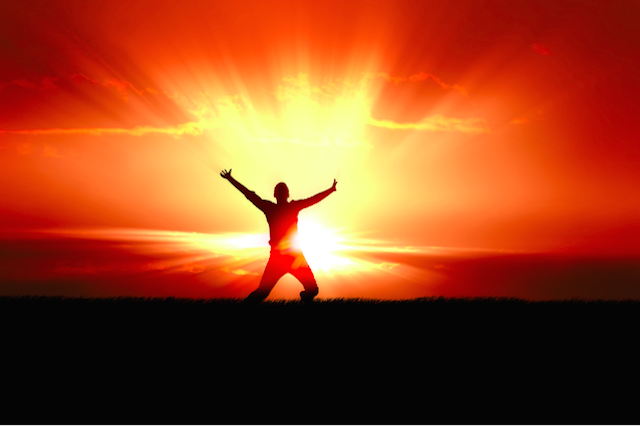 When the phone call came I was thousands of miles from home. My father was suddenly ill, admitted to the hospital. I was a medical doctor by then, and I felt a foreboding.

My mind went back to my childhood.

Imagine being a little child in a dark room. Every small noise evokes images of vicious monsters lurking in the night. They draw nearer.

You cry out, “Daddy!” And cry out once more. Then your hero comes to the rescue.

Your father shuffles in half-asleep, picks you up, and pats you to sleep. All terrors dispelled, you feel invincible in your father’s arms. That’s one of my earliest memories.

That feeling of utter safety and joy in my father’s arms was deeply imprinted in me. I said to my wife, “I don’t want to lose him!” He wasn’t very old, my mother had just retired, and they intended to travel the world together.

Only months earlier I had taken our daughter to visit him. His first grandchild had thrilled him beyond description. He gazed at her adoringly as she fell asleep, bought a parrot in a cage to amuse her, clowned around to keep her laughing, and generally behaved as if he was high on love.

Now we had a brand new baby, a son. My father had not seen him. “As soon as Daddy’s well again, I’ll come back with our son,” I thought.

I rushed from the airport to my father’s hospital bed. He seemed to have aged by decades in the few months since our last visit! A variety of tubes went into and out of him, his eyes were shut.

“Daddy, it’s me,” I said. His arms, pinned down by tubes, tried to reach up for a hug. The tangle of tubes made a hug impossible.

Over the next few days I watched with growing frustration as he sank. All my instincts as a son and a doctor were to save him by any means. I demanded to speak to his very able doctors, and urged them to try a novel, desperate procedure.

It was too late; his internal organs started shutting down. As the sun set over the sea outside the window, I held his hand and chanted to him softly, “Sleep in peace, old warrior, my darling.” He died some hours later.

The fact of his death didn’t sink in immediately. I was still smiling at his funeral, comforting and reassuring the mourners.

The next morning I woke up in my old bedroom and went automatically toward the bathroom where Dad would usually be shaving. He wasn’t there. I couldn’t exchange the usual “Good morning.” That’s when it hit me.

I broke down, blabbing like a baby. His brother, my uncle, hugged me close. It was the start of a slow grieving process, which opened my eyes to a few things about life.

1. You can’t control some of the most important things, so stop pretending. Be less impatient and more carefree.

As Nietzsche wrote, “Through the certain prospect of death a precious, fragrant drop of frivolity might be mixed with every life.” Or, as Belloc wrote, “There’s nothing worth the wear of winning but laughter and the love of friends.”

Make some room each day to nourish celebration, no matter how dire your circumstances. You’re breathing; treat that as a gift. Inhabit each moment more fully instead of being constantly preoccupied with the past or future.

It’s okay to make plans for when you’re 100, but don’t forget to reach for fulfillment this year, this month, this week, and today. You aren’t just preparing for life; this day and this moment are all you might have.

As the economist Keynes wrote, “In the long run we’re all dead.” Make sure you live before you die.

3. Don’t be afraid to reach for your dreams, even if you might fail.

No matter what you do or don’t, the eventual outcome of your life is certain: death. Death can be sudden and unexpected.

If you can’t predict when you’ll die, there’s little point in fearing small failures. Just aim for the most fulfilling life you can imagine, and take one meaningful step after another in that direction. You’ll surprise yourself with how much you achieve, and how meaningful the journey is.

When the dice roll against you, remember death. It will help you make molehills out of mountains. That’s how you’ll stand like a rock in the storms of life.

4. Fill your minutes with fulfillment and the years will take care of themselves.

Time slips away like the sand in an hourglass. The hourglass of your life, however, can collapse without warning.

Live intentionally; choose what work, play, and celebration receive your precious time. Even if you have a boss, find ways to be the pilot of your own life. Don’t be afraid to move on from soul-destroying situations as you reach for more fulfillment.

Don’t neglect to allocate your time intentionally on a weekly and even daily basis. Align work, chores, play, relaxation, and celebration with your most cherished values.

5. Measure your success by criteria that go beyond money.

There’s only so much you can eat and drink, and only so much bed-space you can occupy. Don’t let the pursuit of money blind you to the wider ingredients of a deeply fulfilling life.

As Steve Jobs said, “Being the richest man in the cemetery doesn’t matter to me. Going to bed at night saying we’ve done something wonderful… that’s what matters to me.”

6. Make the most of the sheer, primal joy of family.

One of the best gifts I gave my father was the joy of holding his first grandchild. I have a picture of them together, from our short visit. It’s one of my most treasured possessions.

It’s amazing: two individuals come together and make a baby, then that baby often goes on to make a baby of the next generation. When someone says you have your father’s eyes or your mother’s nose, they are usually seeing a physical part of your parents in you.

If you’ve started a family, don’t treat it as an interruption in your “real” life. Recognize, respect, and nurture it as a deep and priceless part of your being.

Death takes away the opportunity to clear the air and make things right with someone. Do it now.

I was blessed with a beautiful relationship with my father, which easily bore the weight of our faults and shortcomings. However, his death prompted me to put things right with other loved ones.

If you were to exchange circumstances and history with someone else, you might behave even worse than they do. Be more understanding toward the real or imagined faults of others. Even your parents are mere human beings deserving of your understanding and forgiveness.

8. Build hoops of love that can reach beyond the grave.

My father is with me everywhere now. I should have a hole in my heart where he was, but it’s partly filled by the wonderful love that flourished between us and which I still feel vividly.

The grief of loss is still real, but the profound love which underlies the grief is like an everlasting balm.

9. Don’t underestimate the power of touch.

As I broke down the morning after the funeral, my uncle’s hug was more comforting and healing than any words could be.

People with depression will tell you how powerfully comforting the gentle touch of a loved one can be. A hug can reach the parts that mere words can’t reach.

When you’re dead, the expectations of others will be irrelevant to you. Don’t squander your life suppressing your own potential in order to chase the approval of others.

Keep growing in your understanding of the gifts and treasures within you, which deserve and require nurturing. Keep growing toward your best self, and recognize that you are a unique gift to the world. Don’t blindly copy the lives of others, or you might die before you’ve had a chance to live your own life.

Death often brings indescribable grief and pain to the bereaved. But it’s also a great teacher.

Whenever you remember death, treat it as a pointer to a better life. Create a life in which each moment expresses your cherished values. Then death, however sudden and unexpected, won’t be able to snatch fulfillment away from you.

Man in rays of sun image via Shutterstock