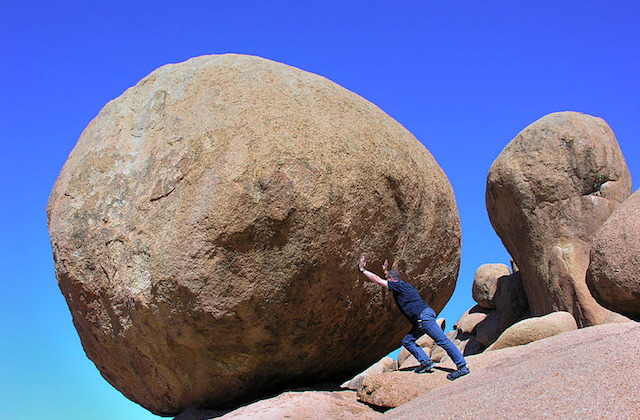 I wasn’t always the ridiculously attractive (and humble) Jason you see before you. No, from a very young age I was overweight. I am an only child raised by a single, very hard-working mom. Her crazy work schedule meant that cooking meals was rarely a feasible option. This meant we ate at restaurants or had fast food quite often.

Couple that with my extreme TV watching habits and only going outside when forced, and it’s easy to see how my unhealthy lifestyle led me to 250 pounds by the age of 15! You know, the age where kids are super compassionate and never cruel toward those who look different (insert sarcastic grunt here).

My adult life wasn’t any easier. Those patterns of poor eating and never exercising created a 330-pound 30-year-old.

I had now made the transition from a chubby kid to a morbidly obese adult.

You would think the high probability of various health problems and the very real concern of a premature death would wake me up, but sadly, it did not.

For me, it wasn’t about health. It was about feeling like I never really fit in (literally and figuratively). From seat belts on planes to school desks, “fitting in” was a frustrating endeavor.

I leveraged the only thing I thought I was good at, making others laugh, to create relationships since I thought I had nothing else to offer.

I was always in the “friend zone” with girls (which was hell for a hopeless romantic like me), was made fun by the “cool kids,” and never felt comfortable in my own skin. My appearance, and the perception that everyone was constantly judging me, consumed my thinking on a daily basis.

I was so sad, stressed, and depressed all because of my waistline and what I believed it meant about my self-worth.

Sure, I became “successful” as an adult; prestigious job with a big salary, a condo in a ritzy-ish part of town, and a pimp ride, but that stuff was all a front!

I couldn’t seem to decide what to do to alter the course I was on. And I was so hopeless sometimes that I don’t know if I would have taken the action even if I knew what to do!

Then the Bank Got Involved

I remember like it was yesterday. I was at my highest weight, the Director of a technology firm, stomping across the lobby of our office building, angrily phoning the bank because my debit card was declined when I tried to make a purchase online.

Fat JG was kind of a jerk sometimes—short on patience and quick to lose my temper whenever I felt like it. I was still the same loving, caring, and giving JG that I am now, but when I had a tantrum, it was like a vortex of schmuck that would suck everyone in!

I was giving the bank rep “the business.”

“I know I have money in the account. Why is my damn card being declined? This is bullsh*t!”

To which she replied, “I’m sorry for the inconvenience,” (you know the script) “but we have closed your card due to suspicious activity.”

“Suspicious activity?” I inquired, “What are you talking about?!?!”

“Well,” she continued, “yesterday there were four transactions at various fast food locations all across Orlando. It seemed suspicious that so many transactions would occur in a single day at different fast food establishments, so we shut down the card to ensure it hadn’t been stolen.”

The phone went silent. I was speechless. The charges were not fraudulent. They were mine. I had eaten at four different fast food restaurants in one day.

I knew it was unhealthy, but it was just the norm for me. A multi-billion dollar corporation, however, knew something wasn’t right. My bank had essentially just told me I was an out-of-control fat ass and they were worried about me. Shame.

I had truly hit rock bottom.

I had experienced my own rock bottom at the hands of the customer service rep at the bank, and it was now time for me to really reflect on what I was doing with my life.

I was so lucky to have my wife Alicia to talk this through. (I could not have done this alone!) We talked about what I already missed out on and how this default life of mine was not going to get any better (it would actually get worse) unless I took bold action to change the trajectory of my health and life.

I visualized the pain I was causing for my loved ones, not just myself. I saw a future where my wife became a widow because I had a heart attack. Where my mother would bury me, something a parent should never have to do.

I pictured that my unborn children wouldn’t have their father at their high school graduation or wedding.

Why was I being so selfish, taking away this joy from myself and from all of them?

These are the questions that “rock bottom” hurls at your head and you owe it to yourself, and everyone you love, to answer them!

Time for Some Action

Drastic times called for drastic measures. After researching for a year and going through every test, physical and psychological, they could throw at me, I decided to have weight loss surgery.  This was a huge decision that would require 100 percent commitment to healthy living if I were to be successful.

Some people think this is an overnight fix, but it is far from it. Since surgery, I live a very healthy lifestyle including regular cardio and strength training, a vegetarian diet, and lots of thought about everything that goes into my pie hole. (I still splurge sometimes; there is no need to deprive ourselves of indulgence once in a while.)

Prepping for, having and recovering from surgery was a six-month process, followed by another year of hard work to lose the rest of the weight. And now, almost three years later, I have lost 130lbs, kept it off and feel like 100 grand (the currency, not the candy bar)!

My entire outlook on life has changed. I now know that if I was able to take action to reduce (or eliminate) issues in one area of my life, that doing the same for anything else I am, or will be challenged by in the future, is possible!

Gravel or Boulder; The Choice is Yours

Here is the beauty of rock bottom; it can have multiple interpretations.

To me, the rock signifies heaviness, stillness, being centered. It is an opportunity, weighed down by this tremendous structure, to dig deep and decide in that moment what to do next, as if nothing else matters. Because in that moment, nothing else does.

You can choose to be crushed by the rock. You can become gravel that outside circumstances push deeper into the earth, with no control over its own destiny. You can make excuses and pretend that this is your only option.

But you would be wrong.

There is another option. You can become the rock! You can use it as an example to become a boulder that is strong, unshakeable, and can steamroll anything in its path given the right direction and momentum.

You can use the rock as a stepping stone (pun intended) to reach heights of re-invention that may have otherwise felt impossible.

Remember, once you hit rock bottom, there is no place else to go but up!

You Don’t Have to Wait for Rock Bottom to Rock It!

Rock bottom did the trick for me, but the smarter way to conquer life’s difficulties is to anticipate when rock bottom may be a few feet away and to take action!

What challenges are you facing that need action?

Think of one, write it at the top of a sheet of paper, and then truthfully answer the following questions:

1. What am I missing out on (personally, relationships, joy, professionally) if I don’t do something to change it?

2. What do I stand to gain (personally, relationships, joy, professionally) if I take bold action to overcome it?

3. Who are three people I can reach out to this week, to get guidance, direction or ideas on how to handle it?

4. What is the smallest step I can take right now that will lead me in the direction of overcoming it?

If you are reading this, it means you are the type of person that is committed to living on purpose and are fully capable of overcoming any challenges you may encounter. Rock on my friends, rock on!

Jason “JG” Goldberg, (Founder of MEometry) doesn’t have a template job description.  For anyone committed to (not just interested in) Re-Inventing themselves to create an EPIC life, he shows up fully and serves exactly how and when they need him in a life-changing (YES I said LIFE-CHANGING) way!