How to Start Feeling Confident, Worthy, and “Enough”
By Brianna Johnson 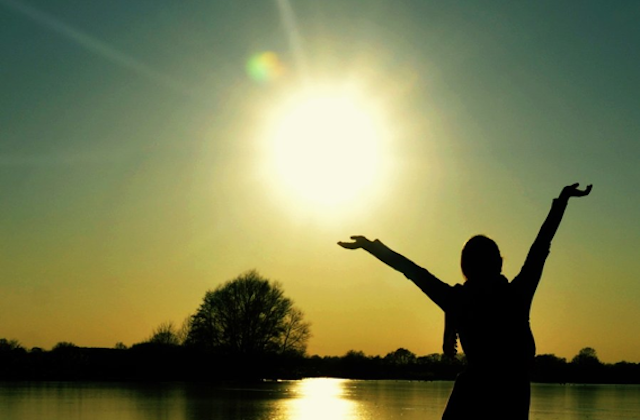 Low self-esteem is like a garden weed. Uproot it while it’s small, or face the consequences of an unruly mess down the road.

Its true, I have gone to extreme lengths to supplement my low self-esteem. Hair colors, tattoos, new hobbies, new jobs, moving in, moving out. I was always waiting for there to be “enough.”

Enough what? Enough things where I could rest, feel satisfied, and be “equal” to everyone else. However, even though I often got what I wanted, the rewards were either brief or nonexistent.

None of the fillers ever provided what I needed, and like a fool I’d move onto the next thing thinking, “Ok, this is really what I need!”

“Your family is supportive, you have enough money, you’re attractive, you’re talented,” a good friend once told me candidly. “I can’t for the life of me figure out why you’re so insecure.”

It was strange to stop and contemplate what he had said. I’d never thought of myself as the normal person with a complex that didn’t make sense. I’d known others with my problem, but usually their reasons were evident, like demanding parents or school bullies.

“Why on earth am I like this? My life is so bland and…regular,” I thought.

Eventually, after much wasted time, money, objects, friends, and opportunities, I stopped accumulating.

I realized I was never going to reach my long-awaited mecca of “enough” and I had only accumulated junk anyway. The wheels had been spinning, but the car hadn’t gone anywhere.

I noticed that a lot of other people didn’t need anything in particular. It was as if they were “born whole.” The reassurance simply couldn’t come from outside sources or people, because I’d tried that. It did no good.

This led me to the tough truth. Real progress comes from helping yourself and doing what’s hard. Real progress certainly does not come from avoidance and shallow reassurances.

What I had been doing the whole time prior to this discovery was irresponsible.

The problem with a negative self-image is that it feels like a fact. Imagine trying to convince someone that water isn’t really water, it’s soda. Yea. Not gonna get many quick believers on that bandwagon.

Another thing is that maintaining a negative opinion of yourself is extremely easy. A lot of us self-haters are lazy-boned veterans, sitting atop a throne of self-pity. In a sad sense, it’s the only thing we’re sure we know how to do.

However, there are some things you can do to quell this horrible habit.

For one, every time you find yourself hesitating to act because you’re afraid or you don’t believe you are “worthy,” rationalize it.

For example, “My idea is just like everyone else’s at this board meeting. In reality, no one is going to think much about it. Even Bob from accounting gave his input, and his was a bit silly.”

Now I’m not saying to knock others down, but making light of the situation often makes you realize the triviality of the thing you are worrying about.

Another thing that’s important is risk-taking. No, I don’t mean driving backward on the highway is going to heighten your self-esteem. Those are the kind of superficial risks I would take to try to prove something to myself.

But the really difficult and meaningful risks to take are emotional risks.

Letting others in on how you feel, telling someone your fears, or reaching out to an acquaintance you don’t know too well. These are all noble risks, and often people with low self-esteem miss out on the growth opportunities that come with them.

A psychologist once said self-esteem = achievements/expectations. So if you have ten expectations of yourself and you’ve only achieved one of them, your self-esteem won’t be so great.

On the other hand, if you have five and you are achieving all five of them, you’ll likely feel at peace with yourself.

So to simplify, determine what your goals are, and then do them! Make sure they’re attainable and your expectations aren’t extreme.

If you’ve always wanted to be something and you’re not working at it, you’ll never be proud of yourself—because you’re not even being yourself.

Maybe self-help tapes aren’t your cup of tea. And maybe you shudder at the thought of standing in front of your bathroom mirror chanting, “I love myself.” But you really are going to have to do things that are a bit outside of your comfort zone.

Never underestimate the power of waking up and putting on real pants. (I know I used to.) Moping around in pajamas all day is not an option. Think, “What would confident me be doing right now?”

You might feel like you’re faking it at first, but over time, the “real you” and the ideal “confident you” will slowly morph into the same person.