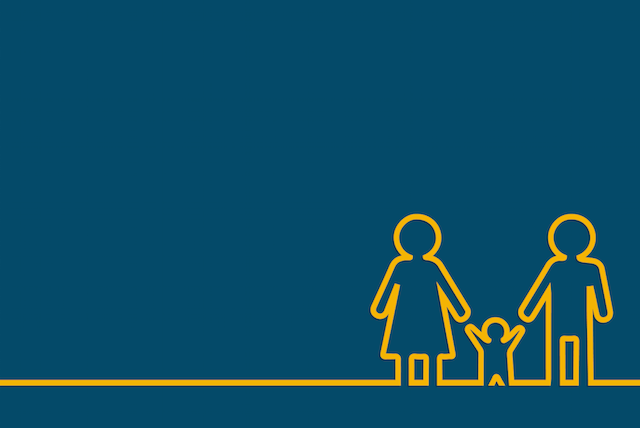 I was nineteen when it happened.

Legally an adult, but in no way equipped with what I was expected to deal with.

As I found myself agreeing to a marriage arranged by my mum, my thoughts turned to my dad.

We had buried him two days prior. He’d suffered a lot before he died. I wondered what he’d make of all this.

What followed my agreement was nothing short of a whirlwind, but not the romantic whirlwind that’s often associated with marriage.

Sure, there was the buying of clothes and jewelry, the organizing of venues, and the excited congratulations.

But then came the serious part. The living together. The getting to know your partner. The complete indifference to each other.

And before I’d even acknowledged that I was a married woman, I was getting divorced.

We weren’t suited. We didn’t agree on anything. I refused to live my life with someone I couldn’t stand the sight of. And despite my own shortcomings, there was one person I blamed for everything I experienced: my mom.

If it wasn’t for her, I wouldn’t have been married in the first place. I agreed to it because she asked me to—and because I wanted to see her happy.

I’d been the black sheep in my family up until that point. Agreeing to something she wanted for me could be a fresh start, especially since she’d lost her husband merely days before.

I felt guilty for saying anything but yes.

So the fact that I agreed to the marriage for her was justification enough to blame her for everything that went wrong.

It started with her, and so it had to end with her.

I lived with this feeling for years. The resentment turned to anger. The anger turned to bitterness. And the bitterness led me to blame her more.

Over time, I grew pretty tired of feeling like that. I didn’t see what function it had in my life. I was ready to feel differently.

But my feelings towards her didn’t change after some miraculous revelation or insightful discussion. They changed gradually, and with a lot of questions.

What had influenced her at the time?

How had her life experiences shaped what she’d asked me to do?

What had she gone through that led up to that moment?

Compassion didn’t have any room for judgment, resentment, or bitterness.

It did, however, have a lot of room for understanding.

And compassion taught me three clear steps that led me to forgive her:

Step One: Recognize that parents are human, too.

As the children of our parents, we often forget they had a life before us.

They had experiences and challenges; they made mistakes and felt joy and regret.

They had parents of their own, a childhood, friends, and relationships.

They had an entire life before we came into the picture.

Once I started seeing my mum as another human being, the dynamics of our relationship changed.

Each experience we had was no longer a parent-child interaction. It was an adult-adult interaction. And this made all the difference.

Rather than seeing her as my mother, who should be the adult in the relationship, I started relating to her like any other adult in my life, and I saw her for who she was—a woman who had lost her husband sooner than she expected, and was struggling with her own demons.

Recognize that they struggle in the same way you struggle. They feel fear, and loss, vulnerability, and joy.

Once you do this, you can then move to:

Step Two: Question them to understand them.

This is both the most difficult and the most rewarding of the three steps, especially if your parents have done something seemingly unimaginable.

If you’ve had parents that have abused you in any way, questioning why they did this can be incredibly challenging.

It means you have to take yourself back to when it happened. Replay it in your head and put yourself in their shoes.

By asking more questions, and seeing events from their perspective, your mind begins to open.

If your parents abused you, ask: Why would someone do this to their child?

What did they experience in their childhood and life before you that may have influenced this behavior?

This doesn’t condone what they did; it just helps you understand.

When I started questioning my mom’s motives to arrange my marriage, it became clear to me that she had been under an entirely different kind of pressure than me.

She’d had pressure from her relatives to do the right thing and marry her children off soon. Having been born and raised in Pakistan, she had been conditioned to believe marriage was imperative for everyone.

She had also become a widow at a very young age. After my dad had died, she was in no emotional state to respond to that pressure in a healthy way.

The more I questioned her, the more I understood the context of what she had been experiencing.

And this took me to the last step.

The understanding that you build about your parents could lead you to feel more resentment toward them.

But this is unlikely.

Because questioning leads to compassion, and compassion has a tendency to lead to forgiveness.

And forgiveness means you can start to heal.

Forgive them because it’s a remedy to your pain.

Forgive them because they, too, can make mistakes.

Forgive them because they’re human.

I found myself forgiving my mom far quicker than I thought I would. Once she told me the pressure her relatives put her under to arrange my marriage, I saw that she acted in the best way she thought at the time.

It became impossible not to forgive her and move on.

This article comes with one huge caveat: your parents’ cooperation in this isn’t guaranteed.

They must be willing to open up a dialogue with you for you to have your questions answered.

And it will be tough, especially when they are forced to face their actions, demons, challenges, and frustrations.

It means you must have the courage to take the first step. And you have to accept that there is some understandable explanation for their behavior if they aren’t willing or able to share it, even if they aren’t able to take responsibility for what they’ve done.

None of this is easy, but it’s worth it to heal the wounds from your past.