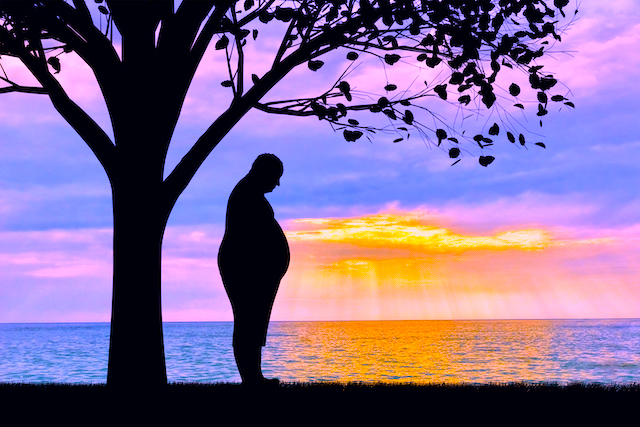 One of my clients said this the other day—about herself. Well, her little girl self. And my heart broke.

Very much the opposite of what most people who struggle with weight and food are used to. After all, when it comes to our weight and food, we’re programmed with messages like “You just have to want it more, be motivated, build your willpower muscle, try harder, work harder, be better…”

Perhaps to some, it may sound easy or silly, and it’s hard to understand what the hell kindness and compassion have to do with weight and food struggles when we’re so programmed to believe the opposite.

Just extending yourself some basic human kindness and compassion really does end up being one of the most important things to do when you’ve struggled with weight and food for a long time. It’s also the hardest, and some struggle more than others with this simple concept.

Personally, I struggled hard with it when I first started trying.

I hated myself. I hated and was ashamed of every single thing about me, and didn’t think I deserved any kindness or compassion. But I knew that if I ever wanted to change the way I felt about myself, I had to figure out how to find some.

So, I started picturing a little girl version of myself when I felt like I needed kindness and compassion. If I couldn’t give it to myself, I’d pull up a mental image of her and direct it that way.

It worked, and it’s a trick I’ve also been using with clients since.

But the other day, this woman (like many others) said, “Little girl me was fat… and… I… hate her. How am I supposed to give it to her when I hate her too?”

It broke my heart, but it didn’t surprise me, and as I think about it, it makes me angry. It makes me angry because this beautiful lady wasn’t born hating herself for a little belly roll. She learned to from our stupidly broken society and has carried that belief around with her every single day since.

From the time we’re old enough to make any kind of sense out of the world around us, we’re taught that fat is the enemy.

Mothers have been taking their kids to Weight Watchers meetings with them to get publicly shamed for the number on a scale since they were seven or eight. We’ve been warned “Better not eat that, you don’t want to get fat, do you?” as though it was a fate worse than death, while simultaneously being taught that food fixes everything.

We’ve watched as weight loss, at any cost, has been rewarded. Those who lose it are treated like royalty—showered with praise, attention, and acceptance, while we watch those who gain get whispered about behind their backs for “letting themselves go.” Or worse, they get openly teased and made fun of to their face—often even by friends and family who supposedly love them and claim to do it out of love and concern.

Our society has programmed us to believe that fat is the enemy and thin people are somehow better than those who are bigger, through millions of micro (and macro) aggressions over the course of our entire lives.

And here’s what’s happened as a result:

Tens of millions of people (big and small) are wasting literally their entire lives desperately trying to “fix” their “fat” problem so they feel more acceptable to the current narrative that size and shape determine human worth.

And when they put on a pound, they hate themselves.

It’s all so unbelievably toxic, damaging, and counterproductive, and it fuels the exact “problem” our population is obsessed with trying to “fix.” Because the individuals behind the war we’ve waged on fat, go through their entire life hating and rejecting themselves.

The stories they tell themselves about themselves end up looking a whole lot like this:

I’m worthless and unlovable if I’m not skinny.
I’m a failure if I gain weight.
I’m useless and stupid.
I ate bad, so I’m bad.
I’m such an idiot because I let myself go.
I’m disgusting and don’t deserve to feel good or be treated well (by myself or others).

You may be thinking, “Good, how else are they going to get motivated to get their shit together and lose the weight!” You may even follow that thought with the typical “I’m just worried about their health” tripe. (If you still believe that weight loss obsessions are in the “best interest” of public health, pop over here and read this piece).

Think about those words for a moment and consider how they make you feel. Now think about the impact of hearing them running through your head on autoplay, both consciously and unconsciously, tens of thousands of times a day, every single day, for years or even decades.

We believe the things we tell ourselves. And if we’re telling ourselves that we’re worthless and unlovable and failures because of extra body fat, we believe those things to be true of who we are at our core, what we’re worth, and more importantly, what we deserve in life.

And we treat ourselves accordingly.

That woman I spoke of a minute ago? Like tens of millions of us, she struggles to feel anything but hatred for a little girl who she thought was fat. The little girl who doesn’t even physically exist anymore but is built into the fabric of who she is now and how she feels about herself because she carried those stories, feelings, and beliefs into adulthood.

So did I. And I’d be willing to bet, so have you. Because we all do.

So, she doesn’t prioritize herself. She does everything for everyone else, while ignoring what her mind and body need until she has no physical or emotional energy left to do anything. And then, when she can’t seem to muster the energy or willpower to force herself into following someone else’s stupid food rules to “fix” her “weight problem,” she hates and berates herself even more, and the cycle just keeps feeding off itself literally forever.

No one in the history of mankind has ever thought, “I’m such a worthless failure, I think I’ll do something really nurturing and kind for myself and my body today.”

When we associate our happiness and worth with our weight, weight gain makes us feel less worthy. The less worthy we feel, the less health-promoting behaviors we engage in.

We don’t move our bodies (unless we decide to “lose weight”) because we don’t prioritize their health. We only care about the things we think we have to do as punishment for weight gain and to “whip them back into shape.” Corporal punishment is literally built right into the way we talk about it. But because we’re treating it as punishment, we can’t stick to it.

We eat and overeat things that make us feel like garbage (and gain weight) on autopilot, as habit, as punishment, as reward, to numb and soothe, to celebrate, to mourn whether our bodies need or want those things—who cares what our bodies want, anyway, right? We’ve spent decades hating, berating, and learning to not trust those.

That’s why stories matter. That’s what they have to do with weight. That’s why the entire weight loss industry has become such a friggen joke.

We have got to stop demonizing and prioritizing weight. We have to.

Kindness and compassion are so heavily built into this process because we cannot change self-punishing behaviors until we stop believing we deserve to be punished.

If you want to change your weight, health, or the relationship you have with your body or food, you have to change the way you feel about yourself, and you cannot do that while berating yourself with stories of being worthless because of what you ate or what the scale says.

We have to stop rejecting parts of ourselves, since rejection writes those stories in the first place, and start working with the way our brains are wired (changing the thoughts and stories that create the beliefs that drive self-destructive habits and behaviors). And we have to tune into our thoughts and the wisdom of our own bodies with kindness and compassion.

When we stop focusing on weight and weight loss and instead focus on shedding the stories (and beliefs that cause self-destructive choices), then, and only then, are we able to forever shed physical, and more importantly emotional weight they may have created. It eventually just becomes an effortless side effect.

Drawing on her own healing process plus over a decade of professional knowledge, education, and experience, E-CET founder Roni Davis guides women through the process of uncovering and changing the thought and behavior patterns that cause weight and food struggles. Her clients break unhealthy eating habits and heal their relationships with food and their bodies while learning to approach their overall well-being from a place of connection, self-trust, compassion, and love. Learn more with her free Why We Eat video series.

Do You Remember When You Didn’t Worry About Your Weight?