Is Optimism Hard-Wired? 6 Ways to See the Glass as Half Full
By Timothy McKinney 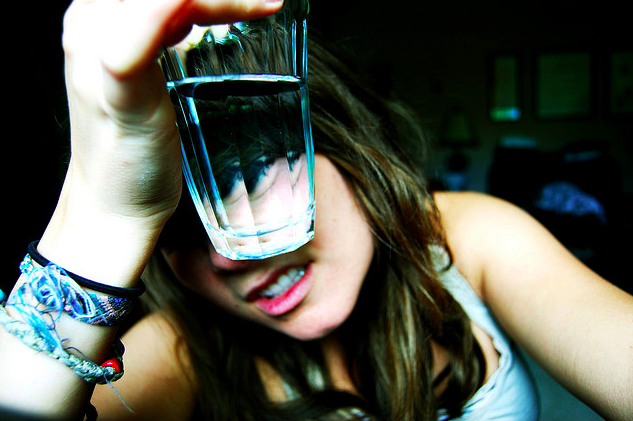 “If you don’t like something change it; if you can’t change it, change the way you think about it.” ~Mary Engelbreit

My best friend called me on the phone last night. Of course, it’s not unusual to get a call from your best friend. But this call was one that really got me thinking about myself and the way I view life.

Kent has been my best friend since we were eleven years old. We met during summer camp the year after his dad died. We didn’t even like each other at first, as he was a tall, gangly geek and I was a short, muscular athlete. Somehow, though, we became friends and the relationship has lasted for almost forty years.

Kent hasn’t had an easy life. After his dad died, his mother had to work as a maid in the local hotels. While that’s an honorable profession, it kept her working during holidays and weekends.

He hung out with my family on most holidays.  In fact, we jokingly refer to him as the “fourth McKinney son.”

When we were in our twenties, Kent contracted a (usually) fatal virus.

He’s been living with it all this time, and has been told to “get your affairs in order” more than once. I’ll never forget the time he called me crying because the doctor had said he only had three months to live.

I promised my best friend that I would share all of Kent’s embarrassing stories with his son. And, when I hung up the phone, I cried too.

Kent didn’t die that year, or any of the other years since. That son grew up to join the Army and is now on active duty.

Last night we were talking, and Kent mentioned that he was going a get-together with a family who’d lost a son in the Iraqi war. I said, “Oh, that must be so difficult. Those poor people!” My friend simply replied, “I came away from it with a tremendous respect and appreciation for the sacrifice these people made.”

What? Kent has a son who is in the military! How can he handle being around someone who lost their son? While I was thinking about how hard it would be to be around someone who’d lost a child, my friend was focusing on being grateful.

And then it hit me. Kent is always like that.

Even though Kent has lived his entire life with the cloud of mortality over his head, he became a person who ceaselessly volunteers time, money, energy, and everything for those who are less fortunate than him.

In contrast, my wife and I have a running joke about my pessimism. We joke that we could both walk into a room that has a giant window overlooking the ocean. Upon seeing the window she would exclaim, “Oh my! Look at that gorgeous sunset.” And I would say, “That window is filthy. And what’s with that crack up at the corner?”

I don’t mean to see the negative side of life first. I’m just hard-wired to do so.

How can someone like me overcome my natural tendency to be pessimistic? I did some brainstorming and came up with six ways you to see the glass as half full.

1. Stop comparing yourself to others.

When a friend of yours gets a raise, a new car, or loses a bunch of weight, don’t reflect it back on yourself. It’s not about you! Just because you didn’t get a raise, are driving an old Volkswagen, and have a spare tire around your middle doesn’t mean that you never will improve. When we compare ourselves to others, we usually fare poorly.

Optimism and pessimism are nothing more than feelings. If you sit around dwelling on why your life sucks, you’re going to feel pessimistic. If you shift those thoughts to ones of gratitude, you’ll feel more optimistic.

I have another friend who, whenever she sees a penny on the ground, picks it up and thinks of one thing she is grateful for. It doesn’t have to be a penny. You can do this when you see an airplane overhead, a white cat, or some other trigger that will remind you to stop and feel grateful.

It’s almost impossible to be pessimistic when you’re listening to Josh Groban’s “You Raise Me Up.” If you find yourself in a pessimistic frame of mind, put on something that will shift those feelings from negative to positive.

The key in being optimistic is to develop the attitude that if one opportunity passes, another one will be along soon. Don’t believe me? Take a look at your life and identify a couple of things that you really wanted and didn’t get. Chances are you can look back at it now and feel glad that you didn’t get it.

6. Stop saying you are a pessimist.

Words are powerful. If you start to think of yourself as an optimist, start telling people that you’re an optimist, then it will soon become true. How do I know? Because I’m an optimist, too.

Timothy McKinney is the author of The Power of Happiness. The idea behind the popular book is to help inspire people to believe that they can be happy no matter what circumstances they face. Quick link: Download your free Happy Guide to Life — 10 Simple Ways to Happiness that should be mentioned on Oprah ... and MUCH more!

The ABCs of Personal Growth: How to Live a Meaningful, Fulfilling Life