It’s Okay to Not Be Okay
By C. De Lima 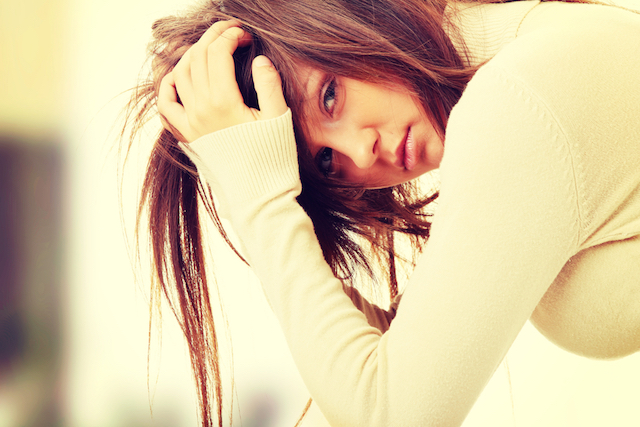 “Love yourself—accept yourself—forgive yourself—and be good to yourself, because without you the rest of us are without a source of many wonderful things.” ~Leo F. Buscaglia

In 2009 I traveled to Perth, Western Australia, to further my education. Little did I know how much my life would change.

I befriended lots of people and met a tall, gorgeous man from South Asia. He was not the type of guy I normally dated, but I fell for him anyway.

It’s funny when you’re in a relationship with someone; you can feel when something just isn’t right.

I had that feeling.

You see, ever since we became a couple, we could talk about anything without feeling judged or embarrassed. We were happy, so when suddenly he changed and became very private, it raised an alarm in me.

It turned out he was having an affair—not just with one, but with two women at the same time. The pain, the hurt, the humiliation, and the numbness that came afterward were unbearable.

I literally forced the truth out of him. I knew it would hurt, but I had to know his reasons. How could someone with a kind heart cheat on a person and create a new relationship based on a lie? Questions bounced around in my head for months.

Eventually I forgave him, and so did the others. But unfortunately for me, I let myself stay in this drama.

I latched myself to him—and lost myself—while feeling confused by his conflicted feelings toward me, between “I want you” and “I don’t.”

It’s a strange thing, but sometimes it can feel safer to stay with a pain we know than embrace the pain of walking away.

That was when I found out I was six weeks pregnant.

Under stress and feeling mentally and physically tired, not to mention scared, I decided to keep the pregnancy as a single mother. Then I miscarried in the first week of December. It completely broke my heart.

Honestly, I was already feeling numb and I thought, “This is it. This is the limit.”

Unfortunately it wasn’t, because five days after my miscarriage, during a follow-up at the hospital, a doctor asked me, “Did the other doctors say anything about your left ovary?”

He then referred me to the radiology department, and they supported my doctor’s diagnosis—an eight centimeter tumor on my left ovary that had to be removed immediately. Since there are cancer genes on my mother’s side of the family, this was an even greater cause for concern.

I left the hospital feeling numb. Numbness turned into anger.

My sister and best friend called and said it was okay for me to get angry, releasing all the pain inside.

By the end of the day, I didn’t have any energy left. I felt so drained.

The worst thing about being alone is feeling you are alone.

All I wanted at that time was to go home, where I could just rest without thinking about how unfair life felt at that moment.

So in mid-December I flew back to Indonesia and had the surgery a couple of days later. Sadly, they couldn’t save my left ovary, but I felt safe and loved with my mother and sister comforting me. I could finally share my burdens with them.

I didn’t have the man I loved, and yet there was still so much love in my life.

The pathology results from the tumor stated benign, but since I have the cancer genes, I have no option but to change my lifestyle and make healthier choices, which is a blessing already.

While taking the time to recover from my heartbreak, my loss, and my surgery, I managed to celebrate Christmas and the New Year with my whole family who supported me and welcomed me back with open arms.

And yet if it weren’t for that miscarriage, I wouldn’t have learned about the tumor.

Sometimes the worst things in life can actually be blessings in disguise.

In retrospect, I realize I made a lot of mistakes. I stayed in a relationship even though I knew it was one-sided, because I didn’t have the courage to walk away. I lied to myself so I didn’t have to accept what happened.

But I’m learning to forgive and take care of myself, mentally and physically.

And I’m finally accepting that it’s okay to not be okay.

Through the events in our lives, good and bad, we learn who we are and what makes us tick. It’s not about creating happily ever after—it’s about taking it one step at a time and accepting that we’ll go through times when we won’t feel happy.

I never imagined I would lose love, a pregnancy, and my health all in one go. But even if I don’t feel okay right now, I know I will be okay because I have family and friends who love me unconditionally.

But most importantly, I love and believe in myself.

And as for my past lover, I hope he will find the change that he still seeks and desires, and that he never breaks another woman’s heart the way he did mine.

Remember: everything will be okay if we love and believe in ourselves, and understand that hope floats around us.

Depressed woman image via Shutterstock. This post was originally published in 2012.

C. De Lima has a Master’s Degree in Art & is certified in Education Support. She is currently in Perth, WA, studying and developing a new art project.

How Feeling My Pain Made Me Feel More Alive