Lessons from a Former Liar: The Power of Owning Our Stories
By Vironika Tugaleva 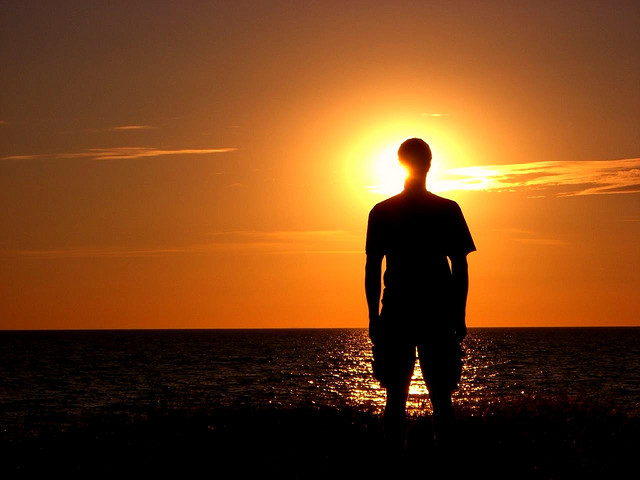 I don’t know about you, but I used to lie. I used to lie a lot. I remember one particular instance when I lied about being a passenger in a drive-by.

I lied about my age, my weight, and the reason for the injuries on my body. Sure, I’d just bruised myself by walking into a table, but it made a much more seductive story if I told people that I’d fallen from the rooftop of a friend’s house and lived to tell the tale.

I reached the peak of lying around the age of 12, which was when I kept the infamous drive-by tale in circulation. At that point, everything that came out of my mouth was a complete fabrication and not a well-crafted one. After all, I was in grade seven and I didn’t really shoot people, nor did I know anyone who did, nor would I have known where to find them.

At that point, it was easy to keep lying because, after all, I had no friends. When you have no friends, you can lie about anything and everything. No one holds you accountable, because no one really knows anything about you.

When you have friends, you can’t really go around telling people that you were in a drive-by last Thursday. Your friend will call your bluff because, after all, you can’t be in a drive-by while having a cup of tea a few blocks away.

When I was in acting school, I did some extra work for Degrassi. That’s when you get paid exactly minimum wage to sit in a room for ten hours and spend about an hour of that, off and on, walking around behind real actors who had speaking parts. Then, they blur you out. It wasn’t the worst job, but it certainly was not a major, regular part on a national television show.

The most interesting thing I detect, looking back on my blatant and not-so-blatant lies, was that I selected them by the emotions that they produced. Like a farmer picking her crop, I picked my stories by how well I thought they’d do in the market.

I wasn’t sure why I wanted it so badly, but I did. I wanted it, needed it, craved it. I was like a moth to the flame of attention and everyone knew it. Yes, I was that girl, the one none of us want to be.

Recovering from my cluelessness was largely correlated to my forming close relationships with other human beings. The closer I got, the less I had to lie. These people, it seemed, liked me for just who I was and not this fabricated, nonsensical version of myself.

At some point, I got the courage to tell my story. My real story. The one with no drive-bys and no star television appearances. It was the real-live tale of what I’d been through.

I still remember the open-mouthed, wide-eyed shock and pity.

Then, I felt a combination of ravenous embarrassment and gleeful hope. Oh, I thought, this is much easier than keeping up with all those story lines.

Looking back on my past, it was difficult, at first, not to judge that girl I used to be.

I would cringe thinking about how obvious my lies were and how horribly desperate I was for attention. That is, until I realized that I was hungry for something that we’re all hungry for—that feeling of being seen, really seen, and accepted.

The more I’ve told my story and the more I’ve helped others tell their stories, the more I’ve realized that the girl I used to be isn’t just an embarrassing part of my life that I can sweep under the carpet.

That sort of desperate hunger for love and acceptance runs silently and rampantly through our society destroying our courage and our relationships with one another.

If we’re ever going to be happy, we’ve got to come back to the truth about ourselves. That journey starts individually. It starts with accepting and sharing those parts of the human condition that we all know about, but we’re too afraid to share.

Those parts of our past that make us cringe are, paradoxically, the very parts of ourselves that we should be showing to people.

When I first set out to be an author, I tried to write about things in a distant, authoritative sort of tone. Here’s a top ten list of how you can be more authentic, I’d say.

At the end of the day, no one really wanted to read that. However, everyone wanted to hear the open-hearted, vulnerable pieces of my soul. Everyone wanted to see the courage that it takes to be true, honest, and authentic, because it gives them that courage as well.

If you’re struggling for authenticity, struggling to live a completely honest existence, I’ll share with you a secret: it gets easier.

It gets easier not just because of practice, but because the willingness to go out there and be yourself in a world that is constantly shoving into your face ready-made formulas for how to be someone else, that inspires people.

And, if there’s one thing I’ve learned from my experiences as both a pathological liar and a completely authentic human being, it’s this: inspiring people is much more worthwhile than shocking them.

When Different Parts of You Want Different Things

Owning Our Stories: Overcoming The Fears That Make Us Play Small