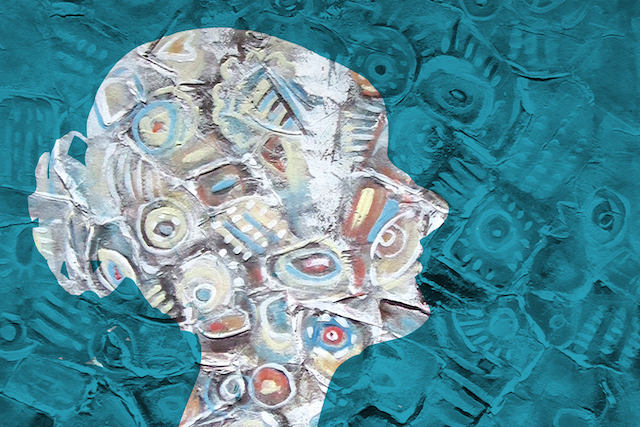 “Forgiveness does not change the past, but it does enlarge the future.” ~Paul Boes

In October of 2010 I was engaged after only three weeks of dating. I was scared to tell my family, but I was terrified to tell my father. My parents divorced when I was five, and I couldn’t spend weekends at Dad’s because he lived thousands of miles away. I saved him for last and decided to take the cowardly way out by emailing him.

It was not the best decision I’ve ever made. Not only did it infuriate and hurt him, it ended up producing a phone call that would alter my life forever. It was a call filled with horrible words that left me in tears and him hanging up on me. I’ve managed to erase most of the words from my head but not how devastating they felt.

Six months later we were married in a private ceremony on a beach in Jamaica. After we got back I was still bothered by the fight I had with my father, but I tried to push it to the back of my mind.

Shortly after, my father began reaching out to me through emails and voicemail. He wanted to meet my new husband and see me. Through email, things became pleasant and we made plans to come visit him in Florida that August.

My father left another voicemail saying he was still waiting for me to call back and tell him about my trip, yet something was stopping me. Fear, dread, anxiety, and many other emotions made me freeze at the thought of picking up the phone and calling him.

What if this phone call turns out like the last? Every day I came up with a new excuse and told myself I would call the next day. This was until I ran out of days.

Two months later my oldest brother called me at work to tell me Dad had passed away that morning. He had been sick for some time, but because of our strained relationship and the strained relationship he had with most of my other siblings, I had no idea how sick. I do remember the first thought that went through my head. I can’t call him back….ever.

After my father’s death I fell into a foggy depression. For a long time I was unable to focus at work, I isolated myself from all of my friends, and tried to avoid anything that required being social or productive. I was holding myself back from living and slowly dying myself.

My husband, who was my savior and biggest support system, helped pushed me toward the road to self-forgiveness by asking me this question: “Why can you forgive your father for being absent most of your life, yet you can’t forgive yourself for not calling him back? I don’t get it.” I didn’t either.

It was time to let go of the guilt, and from then on as I began my days with sadness, I searched for different ways to get rid of it.

Reach out to others who can help you understand.

When I was feeling upset, I would ask my mom questions about my dad. I learned more about him in the short time after his death than I knew during his whole life. Her stories helped explain to me why he was the way he was, and in return it helped me realize why I was the way I was. His tendency to avoid confrontation and taking the easy way out made me realize I was my father’s daughter.

Whether it’s a family member, a friend, or even a therapist, reaching out to someone may lead to answers that help you better understand yourself and your situation.

Channel your present guilt and regret into something else.

I didn’t risk calling my father, so I took another risk. For many years it had been my personal and professional dream to write and publish a children’s picture book. I started asking around if anyone knew of someone who could illustrate my story.

Right then I felt even more determined to find an illustrator and self publish my story. Most importantly, it made me feel closer to him. Learning about his hidden talent was like a push from him to go through with my dream.

What has been your life long dream? There’s no better time than the now to start going after it. The journey you take and the energy you put into it are worth the rewards.

I started to surround myself with those who showed me that life is limitless, children. I took up a nanny job and started to spend more time with my nieces. There’s nothing like the excitement and positive outlook of a child to show you there is more to life than the bad things you experience. You cry over something, you pick yourself up, and start to play again.

Migrate to positive people in your life or new ones you meet. A different perspective on life may help change yours as well.

Stopped dwelling on the what ifs and focus on the positive results.

I still hear his last voicemail in my head to this day. “Steph, I’m waiting for you to call me back and tell me about your trip.” No, I never called him back and our last conversation will always be a fight. But that fight sparked a reconciliation. It sparked effort on his part, effort I had been waiting for, for a very long time.

You can’t go and change the past, so there’s no point in obsessing over it. Even if it takes you months to figure it out, search for the positive that resulted from your negative situation.

Believe that you deserve to be forgiven.

I still haven’t 100 percent forgiven myself, but I’m getting there. I consider myself lucky because on the days that aren’t so good and I can‘t call him back…ever, I get comfort from my biggest support system. It is the support system whom my father wanted to meet and get to know, my husband.

When I remember the progress my father and I were making, it helps put me at ease and I can breath a little easier. It also helps me to hope and work for great things in the future. I deserve my own forgiveness and I know my father believes I do as well.

Believe you deserve to be forgiven. We are not perfect but we are still worthy of happiness. Once you can accept that, self-forgiveness will follow and enlarge a future filled with greatness. The world is your canvas, but if you continue to let guilt hold you back, it will forever remain blank. Pick yourself up and start to play again.