Letting Go of Anger: Forgiveness Is a Choice and a Process
By Angela Lois 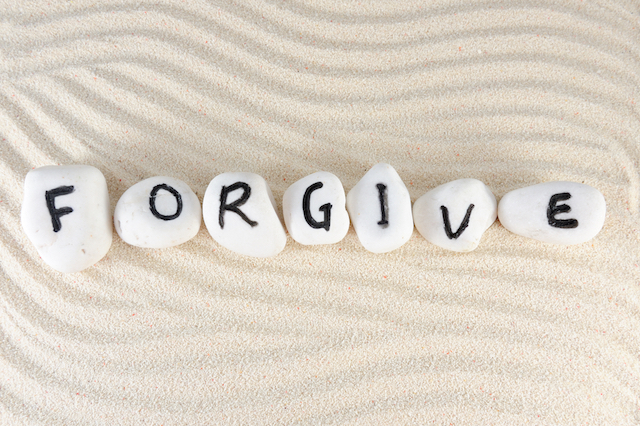 “Forgiving someone doesn’t mean condoning their behavior. It doesn’t mean forgetting how they hurt you or giving that person room to hurt you again. Forgiving someone means making peace with what happened. It means acknowledging your wound, giving yourself permission to feel the pain, and recognizing why that pain no longer serves you. It means letting go of the hurt and resentment so that you can heal and move on. ~Daniell Koepke

My father leaned back in his overstuffed recliner, eating the double-chocolate raspberry gelato I had just bought for him as he stared entranced at the television.

His feeble body was bent over in pain and his feet were as swollen as sausages. A wave of sadness mixed with acceptance rolled through me and I felt peaceful.

My father is slowly deteriorating from Parkinson’s disease, and at the age of eighteen, it’s a difficult experience for me to go through. Heck, going through death at any age is difficult.

For years, my relationship has been very tense with my father. I used to have major “daddy issues” and held onto a lot of pain from my childhood.

When I was younger, he wasn’t always the nicest man, especially when it came to disciplining. I can remember him screaming at me to get on the ground and do push-ups for back-talking my mother.

His eyes were full of hate and anger, and for the next ten years I would hold a deep resentment for him centered around memories such as those.

This past May, I graduated from high school and was faced with the path of choosing a school. I’m a very serious musician, so I auditioned at eight schools all over the country, and got accepted to six.

It was a major accomplishment. But, as my anger continued to brew for my father and his health deteriorated, I realized that he wouldn’t be here much longer. If I wanted to make things right and receive closure, I had to act now.

I decided to take a gap year to spend time with my father and take some much needed time for myself. Most importantly I wanted to learn about ultimate forgiveness.

Giving up all those schools and scholarships was difficult, but what I realized would be more difficult was giving up the healing process I could go through right now regarding my past relationship with my dad.

So here are three lessons I have learned from going through this process with my father. I’m sure I will learn much more in the year to come, but I believe I have learned some valuable lessons thus far.

1. Life is too short to hold onto regrets.

When a life or death situation happens, you soon realize that some things really don’t matter. I could easily hold onto resentment for my father’s actions, but you know what? I don’t want to be thirty-five or sixty-two regretting that I never made peace with him while he was still alive.

I could wait, because forgiveness doesn’t require his participation, but why prolong my unhappiness? An added bonus has been my ability to enjoy getting to know him a bit from a loving perspective.

2. Forgiveness is a process; it’s not magic.

This is a common misconception. Saying, “I’m sorry,” and expecting everything to fade away and be sunshine and roses is ridiculous. You will be angry and feel those resentful feelings again and again. But, you have a choice.

When you have those feelings, you can question them. Is it really worth it? Can you see it another way? Are these hurtful thoughts bringing you peace? I choose peace.

My father has no clue that I am going through this process or even that I have held some major resentment. If I felt sharing with him would help the forgiveness process, I would share. But in my opinion, it all has to do with me giving up blame.

My, father, like many people, had a very hard life and abusive parents as role models. He honestly did the best he could.

This is not excusing his behavior. However, I realize that holding blame just eats me up in the inside. I would rather forgive his behavior and look at how it has benefited me than hold resentment.

I appreciate the sacrifices he has made for me and realize he was the exact father I needed for my self-growth process. If it weren’t for him, I probably would not have developed such a positive, meaningful relationship with my mother.

I know his sickness will only get worse from here and I’m at peace with that. I’m happy that my sweet father is transitioning to a better place and am thankful for all of the life lessons he has taught me.

Remember that life has an expiration date, which should push you to live the fullest every day. And it should be an even greater reminder to love deeply and always, always forgive.

Forgive on stones image via Shutterstock

Angela Lois works as a recovery coach supporting adults with serious mental illnesses. By night, she is a professional violist.  Angela L. shares her stories of her life to combat shame and help people feel more seen.  If you would like to receive coaching from Angela or connect, you can connect with her on Instagram @angelaloie or email her at angelaloiscoaching@gmail.com.