Letting Go of Insecurities with Two Realizations
By Emma Brooke 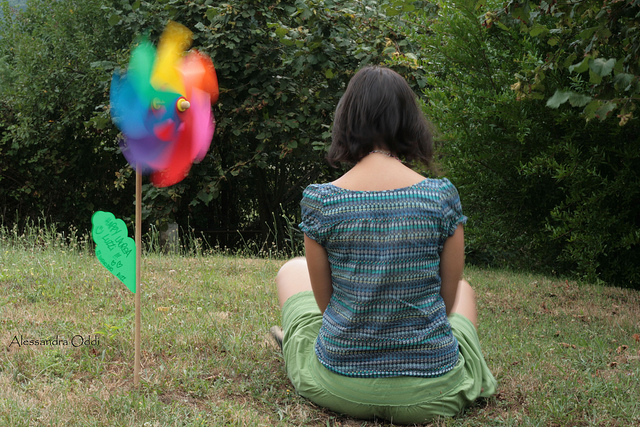 “What I am is good enough if I would only be it openly.” ~Carl Rogers

I used to spend an awful lot of time worrying about people liking me. Or what people thought of me. Or what they thought of the clothes I was wearing. Or whatever.

It’s taken me a long time to realize two things:

1. Most people really aren’t even taking notice of us. (They’re too worried about what other people think of them.)

2. Of the few who are noticing us, the people who are judging us harshly are not the people we want around us anyway.

It’s actually something I’d heard a hundred times before, but it never really sunk in.

So why had it not sunk in? What made it so hard to believe this is actually the case, and that I should give up caring what people think once and for all?

I think, in simple terms, it’s built into our human nature. We’re social creatures, therefore we want to be sociable; and we think that in order to be sociable, everyone has to like us.

I recently moved from my small town to London. Capital city, UK. The big smoke (for the UK). Scary.

I decided, in my quest to try new things and get healthier, to join the gym at the end of my road.

Unfortunately, I’ve never felt quite at home in a gym. For me, it’s almost like that scene in Pretty Woman when she walks in to the designer store for the first time, and all the shop assistants look down their noses at her.

I have to admit, that doesn’t actually happen—at all. But it’s happening in my head, because in my head I also hear “You’re not as good as them,” “They’ll think you’re stupid,” and “You don’t fit in here.”

You may have had an experience like this at some point in your life. Maybe you were just starting a new job, or meeting your partner’s parents for the first time, or walking into your first day of school.

The problem is, it’s not other people with the problem. It’s us.

When I think about everything I assume everyone else is thinking, I see side glances and sniggers where none really exist. The gym, for me, becomes hard work, not because of the people who go to my gym, but because of how I perceive them to be.

I am currently working on developing a positive attitude. It underlies my whole philosophy on life:

Your thoughts create your reality.

My natural disposition was always a bit negative. I suspect I developed that attitude partially because my parents taught me that it was important to consider all the options and “be realistic.”

That, in itself, is not a bad thing, but I ended up focusing on the negative side of things instead of realizing I had a choice to perceive things differently.

After my experience with the gym, I decided to turn my negative thoughts about other people into positive ones. Instead of dwelling on all the bad things I thought people were thinking, I told myself, “I belong here,” “I’m happy here,” and “Everyone here likes me.”

Everything started to change.

I suddenly realized that no one was looking at me strangely. No one cared what I was doing or whether I was as gorgeous as them. (There are super attractive people at my gym!) They were quite happy minding their own business, doing their own thing, and working on themselves—and suddenly I was able to do the same.

We are sociable animals and want that approval from other people, which for generations has meant conforming to the social norms of our society. But we live in a time when people are far more tolerant of individual differences than ever before.

If we can start to accept and be who we are, we just may realize not only that it’s okay, but that most other people think it’s okay, too.

We really can be ourselves if we can remember that it’s our perception that matters—and it’s a waste of energy to try to see ourselves through other people’s eyes. Odds are, they’re paying far less attention than we think.

Emma Brooke helps stressed, the frazzled and the fuzzy refocus and take stock so that they can start trusting their intuition and take back control of their lives. Say hi at [emmabrooke.co.uk] or on [Google+]