When Life Doesn’t Meet Our Hopes and Expectations
By Kapil Gupta M.D. 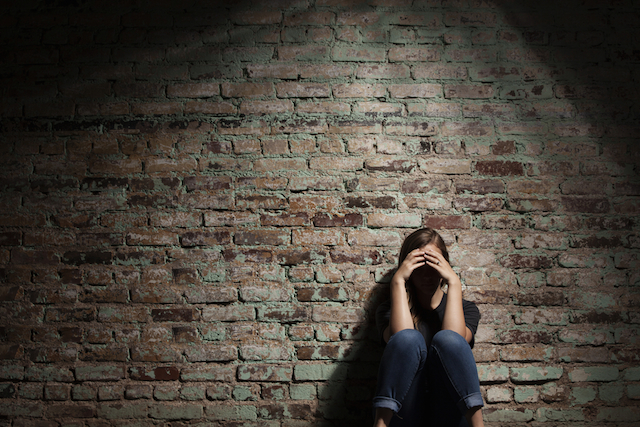 I was recently watching my younger son play in a golf tournament. We had extensively prepared for this tournament over a period of several days. His technique was finely tuned. The game plan for attacking the course was in place.

We arrived at the third hole, a medium length par three with water to the left.

In the middle of his swing, a golf cart carrying bags of ice drove right in front of him at a distance of about fifteen feet. This broke his concentration and he stopped his swing. He attempted to gather himself and he proceeded to hit the shot.

The ball went into the water.

This was the beginning of a number of curious “breaks” that happened on almost every single hole until the final one.

The result was a disaster. The tournament was ruined. The game plan was shattered.

There were so many wounds inflicted that day. And I, perhaps more than him, suffered every one.

I learned much from that day. One of them is the idea of a thin layer of space.

What do I mean?

Rather, they are separated from their surroundings by a membrane of space.

Perhaps we can apply this ingenuity to the way in which we live our lives.

As we experience the various emotions and events that we encounter in a given day, we feel jolts and grates and frictional rubs. We are affected by each one.

Because unlike the organs in our body, we live directly apposed to the events of our lives. As such, the slightest shudder feels like an earthquake. Every scratch feels like a flesh wound.

What if we could learn to live our lives with a thin layer of space between us and the events that we experience?

What if there was a thin layer of space between what we hope to receive and what we actually receive?

A thin layer of space between our expectations of what should be and what actually comes to be.

Perhaps this space would act as a shock absorber. Perhaps it would allow us to experience jolts as jolts. And scratches as just scratches.

Perhaps this space would serve as a gutter in which the excesses of our demands and our hopes would collect and flow away, leaving us content with what is.

Perhaps this is the only way that our lives can be enjoyed.

Perhaps it provides us a dose of wisdom. Teaching us that life flows according to its own rhythms, rather than according to our whims.

Perhaps it can teach us that our miseries come from seeing life through the prism of our own expectations. And that to see life in this way is to not see it at all.

It is our interpretation of events that gives rise to the parallel universe in which we live. As few of us truly live within the world. Rather, we live inside the mind.

The mind sticks to everything that it experiences and we feel the reverberations of each and every one of these experiences.

But with this thin layer of space, we can perhaps keep the tempest that surrounds us in perspective. And at arm’s length.

It is not the words, but the space between them that makes communication possible.

Perhaps it is a thin layer of space between us and our lives that makes living possible.

Through his research on the human mind, Dr. Gupta has discovered the manner by which to transcend the mind. He travels the globe teaching audiences to transcend the mind in order to transform their life into a true living. And their work into a masterpiece. Dr. Gupta and his work can be found at KapilGuptaMD.com.