Life Isn’t a Race: Allow Yourself to Be Happy in the Present
By Lauren Baratto 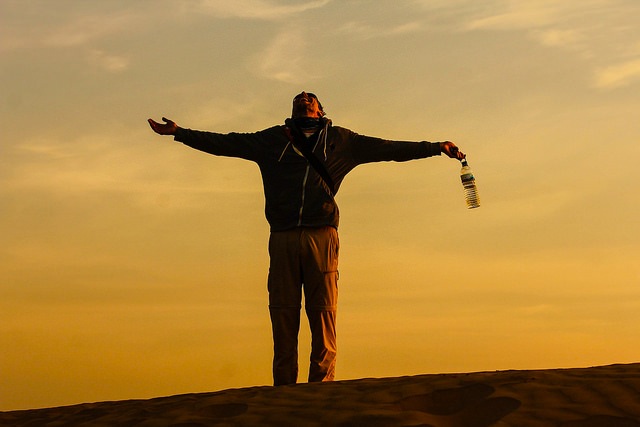 “Happiness is the absence of striving for happiness.”  ~Chuang Tzu

At an early age I learned that nothing in life is guaranteed. When I was eleven years old, a close friend and classmate lost his battle with cancer. After that, I had several more instances of losing loved ones, some expected, others not so much.

After having gone through so much loss at such an early age, my outlook on life was one word: rushed.

I wanted to get through college as fast as I could, while taking on as much as I could. I wanted to have meaningful relationships and foster my athletic abilities. I wanted to get out into the real world and have a great job where I felt like I mattered, and made a difference.

I had graduated college a semester early, and I was blindsided by how seemingly cold the real world was and by the fact that I had all of these dreams with little to no understanding as to how they were going to come to fruition—as fast as possible.

With the economy on the decline, I was only able to find a job at a nearby hospital as a transportation aide. This basically entailed bringing patients to and from their appointments within the hospital.

While I did enjoy certain aspects of this job, such as trying to make each and every person I transported smile during their otherwise not-so-great day, the attitudes of fellow hospital staff left me feeling worthless, as I was mocked by physicians and nurses for no other reason than my job title.

As months crept on, I became seriously devastated at the thought of my future success being delayed any further. It was hard to feel like success was on the horizon when those who were supposed to be my “teammates” were treating me so poorly.  I was genuinely distraught over the uncertainty of what tomorrow was going to bring.

I tried my very best to trudge on, with the sole thought and hope that “surely another career wouldn’t be like this, right?”

About six months later I was offered a different job. It wasn’t exactly like my previous one, but left me feeling once again like I was on another rollercoaster ride, this time with a healthcare consulting company.

When I was offered this position that would have me relocating to Pennsylvania, I packed my bags as quickly as I could. I seized the moment, not knowing when another opportunity would present itself.

In this position I had effectively transitioned from a job that required direct interaction with patients, to a role that was focused on how hospitals and medical groups financially managed themselves.

While my previous critics during my time as a transportation aide would have deemed this job title more favorable, this consulting position did not leave me feeling any better at the end of the day.

Now, I was boots-on-the-ground implementing change within an organization, with one major problem: my boss was one of the most despised people at the hospital.

This left me putting out fires at every turn, and put me in a position where I felt forced to back certain causes I didn’t truly believe in because I was told to “step up, or step out,” by the management within the consulting company.

During this time, I was spending ten to twelve hours a day at work, getting nothing more in return than feeling emotionally and mentally drained at the day’s end.

While I did have a small group of friends in the area, I wasn’t close to any of them, as this group of individuals primarily focused on surface-level relationships and drinking.

To fill any remaining time I had available to me, I began training for an Olympic distance triathlon.

More or less, I threw all of the things that I felt I needed to achieve to feel happy in life up in the air, hoping at least one would catch, but none of them did.

My failure in this approach was that I was running—not just in a “hey, I’m training for an Olympic distance triathlon” kind of way, but in an “oh-my-gosh, I’m terrified to leave any amount of time free because if I truly take a step back and look at my life, I will realize how unhappy I am and how unimportant all of this is” kind of way.

I was cramming my days so full in an attempt to truly experience the world like my other friends and family members never had the chance to, and in doing this, I wasn’t actually experiencing anything at all.

Fast forward a year and a half and here I am, now located in Boise, Idaho, where I have relinquished “striving for happiness,” because happiness is not something you strive for.

When I moved to Idaho for another job opportunity, I decided not to fill all my downtime like I had in the past.

At first, I felt truly and utterly alone. Things were quiet, and it became apparent that in trying to experience everything around me and check items off of my bucket list, I had neglected to cope with several past experiences.

The loss of loved ones, the ending of relationships, and past decisions that did not suit me all haunted me in my downtime.

Through counseling and deep self-reflection over the past several months, I have been able to resolve many of these feelings and have learned, among other things, that happiness is something that already lies within us.

It is a personal choice, however, whether or not we allow ourselves to feel it.

I believe happiness is choosing to let go of those situations and people who do not suit us personally. It is living in the moment, rather than, in my case, living in fear that the moment is going to be over before I’m ready.

It is here that I have allowed myself to only invest time in what truly interests and suits me, rather than what I feel obligated to achieve.

I have made time to enjoy exercising, to cherish my family and friends, to read and write, and to enjoy the simplicity of life rather than stress over all of life’s complexities. In realizing how much I have missed while running from my past and planning far into the future, I have become truly present.

We all have the ability to enjoy our lives, but it can’t happen if we’re racing toward the future. If we want to be happy, we have to choose to create happiness now.

Lauren Baratto is a twenty-four year old self-proclaimed “old soul,” who strives to impact the lives of others through consistently exercising compassion, and empathy. Overly enthusiastic about the healthcare field and helping others, Lauren’s ultimate passion is writing and while she doesn’t have a blog or book just yet… she hopes to in the future….. STAY TUNED and connect at: facebook.com/lauren.bee53