Life Lessons on What Really Matters from a Dying Man
By Nicky C. Jones 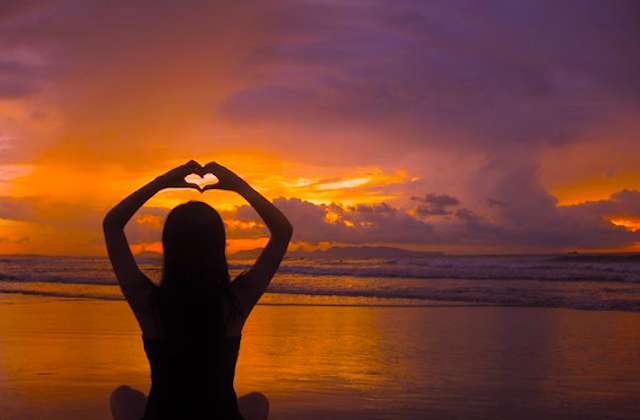 You know how you can remember exactly when you found out that Michael Jackson died? I think it’s called flashbulb memory. It’s when something traumatic happens and because of that, you remember everything else that was occurring at the time. I was on a bus in Santorini after watching an amazing sunset in Oia.

The day I found out my boyfriend was dying was just like that, but worse. I remember everything.

We spent the week leading up to the surgery that was his last chance at life at Vancouver General Hospital, where we passed the days planning our casual beach wedding in Tulum.

We pictured it down to the last very last detail. I would walk down the aisle (barefoot of course) to Bob Marley’s “Turn Your Lights Down Low” and a mariachi band would serenade us at dinner. It gave him hope and something positive to think about when the pangs of hunger threatened his usually calm demeanor.

They made him fast for days as we waited for a surgery room to finally open.

According to the doctors, the likelihood of him surviving the surgery was only 50 percent. We savored each moment as best we could, enjoying each other’s company and focusing on love.

When the nurse came to tell us it was time, I was taking a very rare moment in the hospital cafeteria, as I didn’t want to eat in front of him. I rushed up the elevator and made just in time to accompany him downstairs.

It was one of the only times I cried in front of him. I didn’t know if I should say goodbye, just in case.

I looked into his brave eyes. I told him I loved him. I held his hand until I was no longer allowed. The doctor told me not to cry.

I made my way to the family room where my best friend and our families waited. I felt loved. And scared to death. I remember thinking that this is what it means when they say “blood curdling fear.” I got it and I thought it was fascinating.

The surgery was supposed to take about five hours, so my best friend took me to my dad’s hotel so I could take shower and a break. I lasted about fifteen minutes before I needed to go back.

That’s the way it was in those days. Every cell in my entire being simply needed to be there. When I returned, I noticed a bridal magazine in waiting room. I flipped through and found my most beautiful dream dress. I hoped it was a good omen.

Two hours later, the doctor came in. He looked defeated. I could barely stand up.

He sat down and with a tremendous amount of compassion (and tears in his eyes), he told me that they had found Benito’s liver completely covered in tumors and therefore a resection or transplant was not possible.

I remember the moment when courage and fear collided. I asked, “Is he gonna die?”

And, I remember the doctor’s answer, “We’ve done a bit to make him more comfortable, but there is nothing else we can do.”

I curled up into a tiny ball on the hospital chair with my head between my legs and sobbed.

The doctor assigned me the task of telling Benito. He said it would be better coming from me.

I remember sitting in the corridor holding his mom’s hand. Waiting. Doctors rushed passed with patients on stretchers. I thought of my mom. At the time, she was MIA in Costa Rica. She didn’t even know he was sick. I didn’t even know she was alive. I wanted her to hold me.

When I saw him, lying there like a helpless child covered in tubes, my breath escaped me for a moment. But I told myself to stay calm. This next part was about him. It was all about him.

He was groggy from the anesthesia, but he looked at me. With jolt of last minute courage, I put my hand on his boney shoulder and I told him everything. He was too high to really get it.

He went in and out of consciousness. Each time he woke up, he asked in almost a joking way, “Am I dying? Am I really dying?” I retold the story, barely holding it together. He told jokes. One time, much to the nurse’s amusement, he even belted out an AC/DC tune while attempting a feeble air guitar. He was awesome.

But two things he said that day, while moving in and out of drug-induced sleep, have shaped my life forever. The first was, “If I only I had ten more years, just think of all the good I could do.” And the second was, “I feel sorry for you.”

I was shocked, so I asked him why. He said, “Because your boyfriend is dying. We were supposed to get married and adopt babies from Peru” followed by a joke of course, just to cheer me up.

He said, “Now don’t go dating any of my friends while I’m gone. You’re hot and I know them. They’re gonna try.” Like I said, awesome.

I think of these two things often in my life—that compassion for others and that strong drive to make a difference in the world.

Turns out, when a thirty-one-year old party-boy finds out he’s dying, compassion for others and making a difference is the driving force. And, making the entire recovery room laugh of course.

This is a lesson I’ll never forget. I got my ten more years. And perhaps you will too.

What can you do today that will make a difference?

How can you have more compassion for others?

How can you bring in laughter?

Perhaps this is what it’s all about.

After losing her boyfriend to cancer and her mother to suicide within a 13-month period, Nicky felt desperately alone and unable to grieve authentically. She is now on a mission empower women who are grieving in the most self-loving and holistic way possible. Please visit her website for your free copy of her e-book “6 Steps to Soften the Symptoms of Grief.”

3 Things the Dying Taught Me About Living Well