Live Without Regrets: Lessons from a Near-Death Experience
By Olessia Kantor 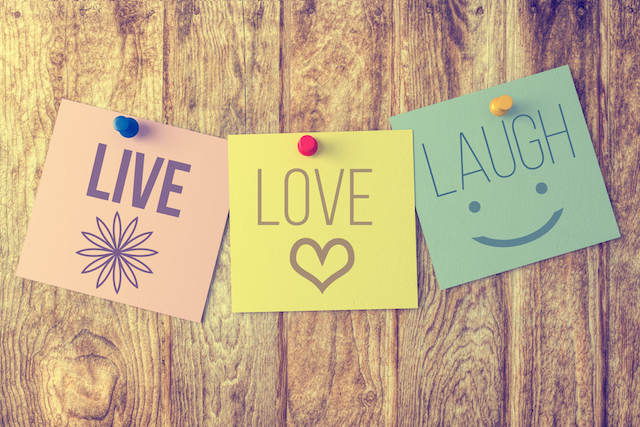 My former life as a diamond dealer was not as glamorous as one would think. I wound up spending many months traversing barren lands and boarding rickety aircrafts. If you can imagine the life of Indiana Jones, it wasn’t all that different with the exception that no one was chasing me.

My travels customarily took me to the many diamond deposits laden throughout Africa. The majority of the “puddle jumper” planes I routinely flew on should’ve been retired decades ago, but miraculously, the ingenuity of the Africans kept them in working order.

One morning I woke up with a sense of uneasiness, as a voice inside my head was saying, “Don’t take this flight.”

Despite the intense feeling of anxiety, I began mentally preparing for the long day ahead.

Boarding the plane, the anxiousness only increased as thoughts of my parents and six-year old daughter inundated my mind. I chose to ignore the sickening feeling in my gut, telling myself to pull it together for the forty-five-minute flight.

The plane took off, ascending above the endless landscape of the African jungle. The familiar hum of the propellers, the oppressive heat, and the vibration of the aircraft quickly relaxed me and I drifted off to sleep.

Minutes later, my mind realized that the buzz of the flight had ended and there was nothing but complete silence. The creaking and clanking of the plane in the breeze was the only sound.

I quickly looked over at the pilot with a glance that said: “IS THIS WHAT I THINK IT IS???” His eyes were filled with terror. “BRACE FOR IMPACT!” he yelled.

Nobody wants to die, and I am no exception. However, there was an eerie calm that came over me.

The journey toward death was a reflection.

I found myself regretting the chances I didn’t take and the people who I loved deeply but hadn’t shown or expressed my love to.

I regretted the time I wasted on people whom I didn’t need and situations I should have walked away from.

I found myself regretting the issues that arose on account of my selfish ego.

But above all, I regretted leaving my six-year-old daughter. I anguished over the idea of never seeing her bright eyes and shiny smile again, nor being with her at the happiest and hardest moments of her life.

These split-second reflections were quickly replaced by a jolt of consciousness that returned me to the moment of impact. A terrible screeching sound, a jerk and then… nothing… darkness…

I felt a blinding light shining through my eyelids and the sounds started breaking the stillness. Am I alive?? It was a miracle—the carpet of jungle had saved us all during the crash by acting like a trampoline and absorbing the impact.

During the next eight hours as we trudged through the jungle, I had time to contemplate where I was in my life.

I learned that life could change within seconds.

It doesn’t matter how much time we spend plotting and planning; when change comes, we will have to respond according to our instincts. I’ve learned the importance of embracing flexibility. I still make plans, but I no longer panic when those plans don’t pan out.

I learned that time is of the essence.

Normally we take our time when approaching a task, rushing in the final moments to accomplish it and fearful we might fail in the face of a looming deadline. Understanding urgency has changed my life. I no longer postpose anything that is important to me.

I learned to better express my love.

I use the words I love you with greater frequency and take every opportunity to express my appreciation for those who are in my life, especially my mom and my daughters.

I learned to cherish my relationships.

I promised myself I would value my friends and I’d be there for them whenever they needed me. No more excuses, and no more waiting for them to reach out to me. I regularly host dinners where those dearest to me can enjoy a warm conversation and a hearty meal.

I learned that money is not the goal.

I no longer earn as much as I did. Instead, I pursue every opportunity to create meaningful experiences in life.

I learned the folly of my ego.

I made a decision to eliminate negative energy from my life. I don’t fight and I don’t argue on matters of non-importance, especially with the people whom I love deeply.

Haruki Murakami tells us, “People die all the time. Life is a lot more fragile than we think. So you should treat others in a way that leaves no regrets. Fairly, and if possible, sincerely. It’s too easy not to make the effort, and then weep and wring your hands…”

Ask yourself if you’re living your life in the most meaningful way. What would you regret not doing? What would you do more of? Who would you want to spend time with? You will never get more time in your life, so start to make changes now.

Olessia Kantor is an author and creator of EnigmaLife.com, a content destination that combines her affinity for storytelling, expertise in the arts and her formulation of various meditative techniques to help others examine, enhance and improve every aspect of their lives.