Make It a Great Day or Not, the Choice is Yours
By John Heard 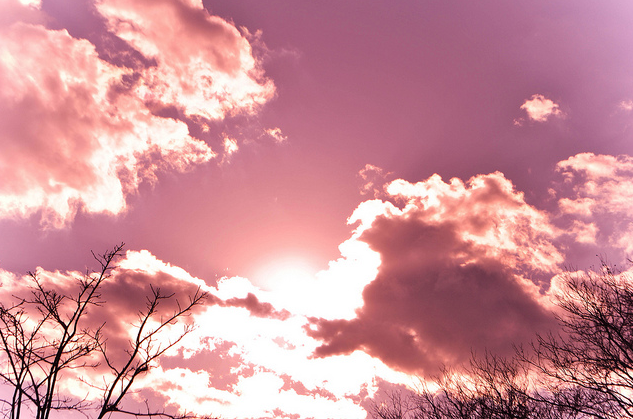 “The tragedy of life is not that it ends so soon, but that we wait so long to begin it.” ~W.M. Lewis

Throughout my high school career, I kind of wandered around the school, trying to figure out who I was and who I wanted to be afterward.

I was that kid you’d see walking as fast as humanly possible through the hallways with my books under my arms, trying to avoid all human contact, but I tried to stay active anyhow.

I did this through playing tennis and bowling, participating in student council, performing in school productions, and perhaps the most widely social of them all, reading the morning announcements.

While most would think doing the announcements in the office, alone, behind a desk where no one could see me was rather simple and straightforward, I begged to differ. Everyone in the school heard my voice every day and made a connection with me. Needless to say, this didn’t bode well for my attempts at being reclusive.

While I loved doing the announcements and the feeling of connecting to others, it came with some downsides.

My peers always made fun of me. The whole school heard me every day of the year, and I had a high and rushed voice, like an excited schoolgirl—except I’m male. And I made my share of mistakes in reading.

I didn’t take being made fun of with the lightest of hearts, and it didn’t help matters that I had a tough family upbringing (at least, that’s what I thought back then).

I grew up in a single parent home after my parents got divorced when I was around four. My sister and I were split between them, her with my mom and me with my dad, after she made some poor decisions in her teenage years, ending up in juvenile detention center and never finishing high school.

After that, my father had high expectations for me to “not turn out like the rest of the family.”

Balancing home, school, and extra-curricular life became increasingly more difficult the further into high school I went. While I was smart, my motivation began to dwindle with every passing day of loneliness and misunderstanding.

Although my dad expected a lot from me, whether it was through school, sports, or at home, he was never the most vocally supportive father in the world.

Through the years, we went from being close when I first moved in with him, to distant when things got hectic with my sister, and finally to estranged when his fiancé left him because she and I didn’t get along.

Through the majority of my high school life, I was left with a mother I never saw, who cared more about fixing the mistakes that my sister had made than getting to know me, and a father who seemingly had no interest in me or the person he was helping turn me in to.

A couple weeks before school started, I moved in with my grandmother, driving myself to the same school from her house a couple towns away.

I discovered a sense of independence, which came with the perks of finding out more about myself, but also the downfalls of not having the motivational voice of my father. While it was nice to be more out on my own, my grades in school showed it.

The principal at my school came to me with words of wisdom that he wanted to be given over the announcements every day—proverbs from Buddha, quotes from Maya Angelou and Gandhi, and things of the sort.

While most people thought they were lame, uninteresting, and cliché, I found them uplifting and motivational.

And, at the end of each proverb, I would say “Make it a great day or not, the choice is yours.”

While I was lonely and distant from most people a majority of the time, I was blessed with a best friend who supported me in every aspect of life, yet kept me grounded and held me accountable for poor choices when I made them.

Her support led me to realize and accept that I was gay, something I struggled with and fought since I was in sixth grade.

I had been accused of being gay for a long time, and deep down knew I was, but it took having a great friend and getting out of my comfort zone to really be able to admit it to myself.

I always thought that admitting I was gay would be this painful, humiliating, and socially crippling experience. When I finally came out over Christmas vacation and came back to school, almost everyone knew.

Not only did the majority of people not care, they commended me on how much bravery it must have taken to come out in a small, judgmental town.

It was then that I realized that while there will always be a handful of people around you who will put you down no matter who or what you are, there will be just as many people who will love you for the person you really are.

They say that these things happen over time, and change doesn’t happen overnight.

I realized that I had been doing a good amount of damage to myself, and that all these things that were happening to me weren’t by some cosmic fate.

I woke up out of this life haze once I came out and realized that I was making things hard for myself and my relationships because I didn’t quite know who I was.

I was angry at my life for not turning out the way I had wanted, but once I learned to accept myself, all that anger slipped away and life because almost instantly more exciting and worth living.

I was making myself the victim. My family, friends, and classmates weren’t to blame for what I was going through in life, I was.

Right then, I took control over my life, my surroundings, and where I was going and decided that I was going to make the best of every facet of my life instead of feeling sorry for myself.

The rest of the school year played out, and I managed to pass all my classes, despite my lower grades.

While I had failed in some people’s eyes because of my grades, I realized that I had found myself, and that while loving who you are unconditionally is not easy, it is the most important thing you can do in life.

At the end of my graduation, after I’d received my diploma, the principle told me that he’d like me to come back to the stage. Confused and nervous, I did what he asked. He did his speech, stating, “Every day won’t be easy, but it will be worth it.”

At the end, he said “I want you to live by the words John has been telling you all year.” So I stepped up to the microphone and confidently proclaimed…

“Make it a great day, or not. The choice is yours.”

I’m 23 now, and while I realize I am still young, those days seem like an eternity ago. I still haven’t lost sight of who I was back then and still hold onto many of the traits I had growing up.

I’ve learned to be grateful to my parents for how they raised me and love them for who they are, because I realized I wanted the same from them.

A couple years ago, my father told me that if I was the person he raised me to be, the one who helps people and treats them with love and respect, he didn’t care who I was; he’d be proud of me no matter what.

My mom has become my best friend, and we talk almost every day now. While growing up with my parents may not have felt ideal at the time, it made me the person I am today, and I am proud of who I am.

Over time, I think we all lose sight of where our lives are going and who we are on our individual paths. We need to realize this happens to everyone. We are not alone.

Be happy with life, be happy with yourself, and be proud of where you’re going. Life’s too short to be taken too seriously.

Photo used with permission from PiecesofmeJen

John Heard is a small town man with big time dreams. While a full-time hair stylist, he intends on becoming a performing singer and choral educator, hopefully becoming a well known artist, and opening charities to help better the world.