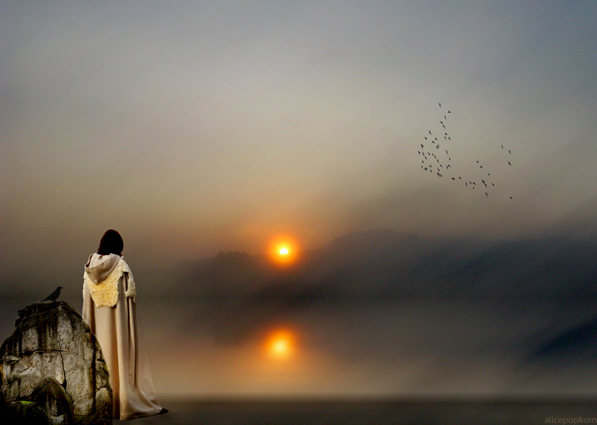 TRIGGER WARNING: This content deals with an account of sexual abuse and may be triggering to some people.

“Nobody can go back and start a new beginning, but anyone can start today and make a new ending.” ~Maria Robinson

My uncle molested me from the time I was about four until I was in my early twenties. He held me too long and hugged me too tight. He would growl in my ear like an animal in heat, his warm, wet, often alcoholic smelling breath overwhelming me.

This is how he greeted me at every occasion. When I was really small, I almost looked forward to seeing him because I liked the attention and believed he loved me, although deep down inside, I always felt as if I were doing something wrong, something naughty.

As I grew, he began to grope my ass through my clothing while he whispered in my ear. He would tell me that I was sexy as he growled and hugged me tighter, pressing me up against his body. Much to my horror, I was aroused.

I wasn’t even sure of what arousal was at that point and only in retrospect could identify what I was feeling. I didn’t have a name for sex at that age, but I could feel it and knew it was wrong deep down in my belly. I felt wrong.

He was an adult. He was my uncle. He loved me.

I felt the problem was surely mine and would chastise myself as disgusting and dirty. I kept my secret close. I assumed the other members of my family knew of his behavior and that he was normal. He didn’t try to hide it, or so it seemed to me.

He acted out all the time. He was loud, erratic, and verbally abusive. His behavior was blamed on his drinking and the fact that he was an eccentric artist who simply couldn’t control himself.

When I was a teenager dancing at a wedding, he told me seductively that he wanted to “make love to me.” I laughed, deflecting his advance as he pulled me in tighter. He had told me that he wanted to have sex with me.

I knew it was true. I wondered if I would have the strength and courage to say no. I felt the planes and curves of his entire body pressed into mine on that dance floor as I drifted up above, looking down from a cloud, wondering how I might ever escape myself.

It was only in my late teens that I began questioning if my sickness wasn’t possibly in part his sickness, because in every book that I read and every movie that I saw, I searched but could not find a relationship like the one I had with my uncle.

I would wait for the scene in a movie between two related people to become romantic. When it never did, I began to wonder if that bad, ugly feeling in my belly had been trying to tell me something about him.

I cried to my boyfriend night after night, because the more emotionally intimate we became, the harder it became for me to be physically intimate with him, and he wanted to know why I was in such pain.

After a Thanksgiving dinner accompanied by my uncle’s raucous behavior and inappropriate advances, my boyfriend insisted on confronting my father. To my shock, my father claimed that he had no idea of my special relationship with my uncle. He never would have guessed.

No one knew but me.

I simply never imagined that I would be in the position of having to defend myself. My uncle had been so free in his behavior with me. It never occurred to me that he would deny it.

He denied it, as did his wife and the entire side of the family that accompanied him. Not only did they deny it, they threw accusations at me.

“Crazy. Depressed. Liar. She’s unable to interpret harmless behavior.” They defended his honor as husband, father, and grandfather with vigor as if he were a hero—someone to be lauded, not disparaged and blamed with this filth.

My father had confronted him and relayed the information to me. I did not have the courage to confront him myself.

Just as I never dreamed I would need a defense, I never dreamed of how many would accuse me. Even my own brother sided with them, and my father would soften my uncle’s blame with statements like “he didn’t mean to hurt you.”

I wanted to scream so loud the heavens would respond. Cry so long my eyes would bleed into pools of blood around my feet on the floor. Vomit up every one of my organs in sheer disgust.

I did not want revenge.

I wanted him to reconsider his behavior before his son’s newborn baby girl, the first girl born into the family since my birth, turned four. I did not want to ever see his disgusting face again. I did not want to feel anymore that sick, dark pain deep in my belly as he touched me.

I did not want him to touch me again, ever. I wanted my future to be different from my past.  That is all I wanted.

And I got it. I never saw him again. I turned and walked away from all the disbelievers and my uncle the molester.

I found people who did empathize and help me heal. I faced the truth of what had been done to me and got the help I needed to go on to live a healthy, normal existence. In doing so, I learned that it is common for families to turn on abuse victims and believe the abuser rather than the abused.

If you were abused and someone, anyone, didn’t believe you, know that I do. I believe you. I stand with you, and for you, in the small way I can.

Speaking the truth after being abused takes incredible courage and strength. I am proud of you.  My story can be your story.

We can be victorious together as survivors. I am a survivor. You are a survivor.

We are stronger for having survived. We stand together triumphantly and move forward, bravely living abuse free lives.

If you have been abused or are currently a victim of abuse and have not yet spoken out, I urge you to reach toward a safe person and speak your truth. You too are strong and courageous and deserve to live an abuse free life. Stand with me, no longer a victim but a survivor.

Making the Hurt Visible: How I Stopped Hating the Man and Learned to Listen to Myself