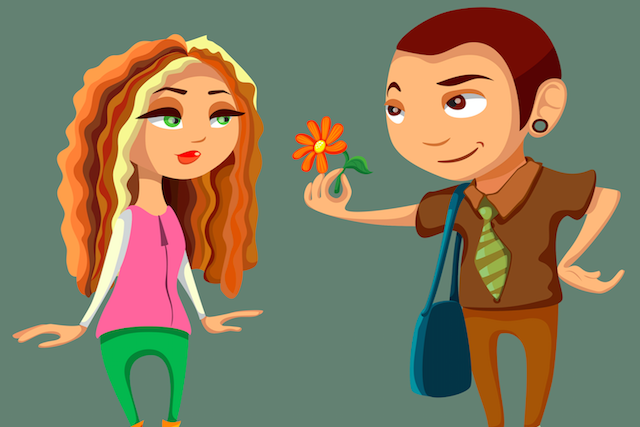 I worked hard and brought our family out of poverty singlehandedly. We moved to a better neighborhood, built a nice house, and went on vacations. I was no ordinary woman. I’d much prefer to raise those kids alone than to settle for the companionship of a mere mortal man.

The man I sought had to be equally well-educated, ambitious, successful, attractive, and generous.

I also would have preferred that he not want any children and would be happy to help me raise mine since I had so many.

Finally, he had to be well-read, close to my own age, and not addicted to television. I froze out the older men who would have been happy to date me.

Guess what happened? I raised those four kids alone while reading every self-help book I could find and begging every deity I could think of to send me a mate. I absolutely refused to “settle.”

It’s very common for people who’ve been single for a long time to say that they won’t settle. They maintain that they could have been married or in a relationship by this time if they’d settled, but they are going to hold out for the best.

How about you? Are you holding out for a “package,” a person who possesses all of the qualities on a list you’ve made?

If so, I’d like to encourage you to consider the value of having a flesh and blood human being in your life to love you, care when you’ve had a bad day at work, or bring you soup when you’re sick. You’ll have the opportunity to experience loving this person back and sharing your life with them. It’s tough to cuddle up to a list.

The truth is, dating someone who doesn’t possess every quality you wish for isn’t the same thing as settling. You probably don’t have every trait your would-be mate desires and whether you realize it or not, you’ve already been settling.

Being open to dating outside your type is not settling. Most of us understand that we’re not going to get every single thing we want in life and it really is okay.

You don’t refuse to find a place to live just because you can’t afford a ten-bedroom mansion. Instead, you buy or rent a place within your means and go on about your business. This is a perfectly reasonable thing to do and most of us are fine with the concept until we consider dating. Then we insist on “having it all.”

If you’re only 5’4”, does he really have to be over six feet tall? Wouldn’t you prefer that he was kind to you? If she’s at the gym five times a week, but doesn’t want to be your girlfriend because she’s still seeing other men, what’s the point?

Consider what traits add value to a relationship. For example, “chemistry” and “sense of humor” are fun and necessary to some extent, but “conflict resolution” and “good character” can make or break a long-term partnership. These qualities may not be as romantic, but where’s the last person you had off the charts chemistry with right now?

When you meet someone you really like, that person most likely will need to give up a few items on his or her wish list in order to be with you. He may have wanted someone who loved college football, she may have preferred someone taller. There may be unanticipated differences in political opinions, food preferences, or hobbies.

No matter what desired traits are being given up, your intended will hopefully choose to be with you, a real person, instead of holding out for someone who possesses qualities on a list. Ideally, he or she will realize that the person their list describes may not exist, but you do. You are here with them now and offering them a chance at love.

They can make the most of this chance now, or refuse to settle and relinquish the opportunity to be with you. Sadly, many of us do move on in pursuit of “the list” and continue to do so for years despite the lack of evidence that this mythical person exists.

Refusing to settle is often cited as the reason for being single, but if you think about it you’ll realize that you’ve been settling all along.

Most likely, you’ve settled for years alone or you’ve been dating people who haven’t been treating you well. You let them get away with their subpar treatment of you because of the chemistry you feel, their success, or physical appeal.

Did you dump that nice guy who was only an inch taller than you for the six foot tall MBA who never had time for you? What about blowing off the sweet but slightly insecure girl for the more mysterious, harder to get woman who ended up cheating on you? That’s settling.

I myself finally learned the value of prioritization, and after more than a decade alone found myself with a wonderful man.

He doesn’t go to the gym, eat kale, or share my religion, but he adores me. I feel safe with him, and he lets me know how loved I am every single day. It turns out that being the apple of someone’s eye is a wonderful experience and very much worth “settling” for.

Surface traits are very enticing, but they do not offer much in the way of long-term relationship potential.

Don’t trade an idea that has no basis in reality for the experience of having love in your life. The person your list describes likely doesn’t exist, and if he or she does, once you get to know them, you may find they’re not perfect either. If what you really want is a fulfilling relationship, open your heart and prioritize love today.

Couple in love image via Shutterstock

Recognizing and Overcoming the Fears That Make Us Settle