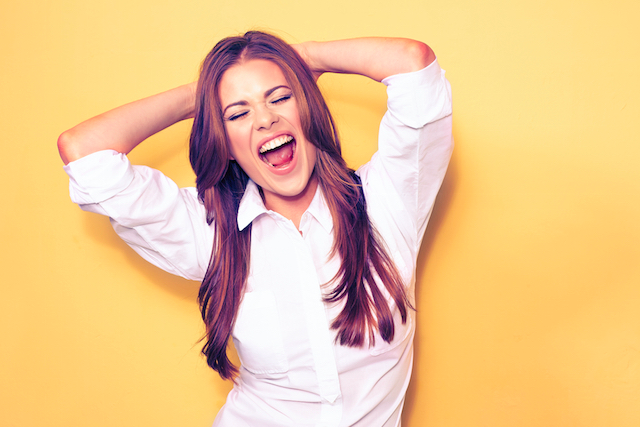 “You may not control all the events that happen to you, but you can decide not to be reduced by them.” ~Maya Angelou

Today as I walked down a trendy suburban street heading to an appointment, my phone rang. I was not having the best of days.

I was walking past chic cafes and designer shops displaying tempting wares. However, having been laid off for the second time in two years, with a mortgage to pay and months without an income, these trivial symbols of indulgence were almost too much to bear.

Over the past two years, I have felt down, sad, depressed, lonely, and inadequate on more occasions than I have felt joyous, happy, thrilled, loved, or valued.

I have had more bad days than good, but I was on a path upward. I was reading self-help books and taking up the advice that helped me. I was writing and painting, two pursuits that I had all but abandoned in the quest for corporate stardom.

Slowly, I was building myself back up again but small issues still had the power to knock me out.

I was still gut wrenchingly lonely, but I had a couple of trips booked, and I was going to move back into the family fold overseas.

I was going to return amongst the people who mattered the most and to whom I mattered. I was taking steps toward my own wellness. I had realized that only I can transform my life. I believed that I had the power and strength to rise beyond my challenges and be a better person for having experienced them.

But back to the phone call. As I answered the call, I realized that it was a promotional call from a reputed global charitable organization that I had supported over the last few years while I was employed.

I expected it to be a request for donations. It irritated me that this man would call me and ask for money when I was, myself, counting every cent to make ends meet in one of the most expensive cities in the world.

On a deeper level, my feelings of inadequacy were reinforced because I would have to deny his request. My mood began to darken.

As the young man with his attractive Irish accent chatted on about an initiative to supply drinking water to millions around the world, I was tempted to hang up the phone and cut the line. I was nearly at my appointment and I would not be able to chat for long anyway. How did it matter if I hung up? I was about to pull the phone away from my ear and hit the red button.

But then something made me pause.

I reminded myself that the world does not revolve around me. My caller doesn’t know my circumstances. He is simply doing his job. If I am rude to him, I am spreading ill will and negativity. He did not deserve that. This was my chance, albeit a small one, to make a better decision.

So I stayed on the line and listened to what he was saying. At the first opportunity, I let him know that I only had a few minutes free and I would have to end the call soon. He may have thought I was just making excuses, but he gamely continued on at a faster pace that was somehow very endearing. It made me smile.

As I approached my destination, I apologized and excused myself from the conversation. My caller thanked me for my time and promised to call back some other time when I was not occupied.

This small incident barely took up five minutes but it was a significant director of my day. I was happier for being respectful and polite to a stranger for a couple of minutes. I would like to think that I did not hurt someone else’s feelings, even if he was a stranger.

Had I chosen to end the call abruptly, I would have carried that negativity for the rest of the day. Instead, an eager Irish chap brightened up my day a little with his enthusiasm.

I have realized recently that every small thought, every decision, every step we take has a huge impact on us, and the world around us.

The old me, with my sense of superiority and entitlement, would have hung up the phone without a second thought. The old me would have considered my time too worthwhile to waste on such a phone call, good cause though it may be.

I have also realized that every interaction is the opportunity to do good and receive good, whether it is a phone call, a shopping trip, or even considering your fellow travelers when playing music on the train.

Today I also recognized that I have, almost without realizing it, become a slightly better person. I feel like I am more mindful of the world around me, more humble about my place in it. That makes me feel happy and fulfilled.

And all it took was one phone call.

So make the effort to make your every interaction a positive one. To face the world with a smile and a kind word. If you throw kindness out in the world, it will bounce right back, only multiplied several times over.

Megna Murali is an aspiring writer, a former corporate stooge and a lover of words and colors.