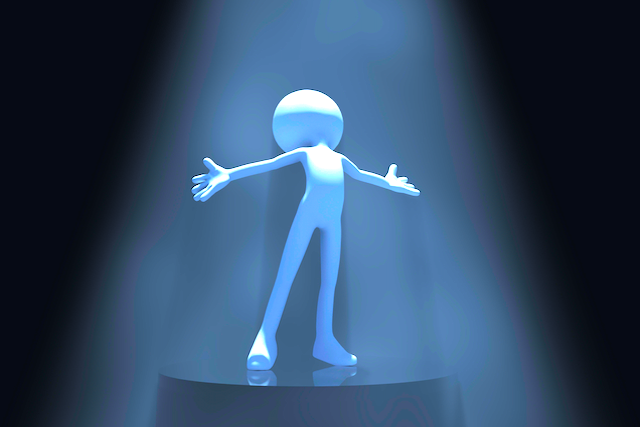 “We ask ourselves, who am I to be brilliant, gorgeous, handsome, talented and fabulous? Actually, who are you not to be?” ~Marianne Williamson

I’ve been dreaming about dead bodies again—disposing of dead bodies. Given that I have never actually killed anyone it’s probably a little weird how often this crops up for me. My dream metaphors tend to be blatant and graphic. I think my subconscious mind really wants me to pay attention to them.

I don’t have recurrent dreams per se, but I do get recurring dream themes. Lately my subconscious has been knocking me over the head with images around hiding things I don’t want others to see (thus the dead bodies) and frantically looking for things that I can’t find.

Last night three people were impatiently waiting in expectation for me to produce a simple receipt, we all knew exactly where it was supposed to be, but damned if I could find it.

I used to Google dream interpretations and ask people what they thought it all meant. But I have come to realize that our dreams, and the imagery contained within them, are as individual and personal as we are. And if we really think about it, we know exactly what they are trying to tell us. Sometimes we may not want to know, but the information is always there if we seek it.

It’s no coincidence that these images are popping up at a time when I am involved in a new creative project that is beginning to show the light of possible success.

I know that these dreams are a reflection of my doubts and fears. Fears around exposing myself to judgment, even ridicule, have me spending my nights “burying” aspects of myself. Doubts around losing my creativity have me frantically “searching” for it as I sleep.

I read the book Fight Club years ago, and it quickly became one of my all time favorites. I love that book. So of course I sought out and read a couple more by the same author. And I hated them. I decided that Chuck Palahniuk only had one good story in him.

Maybe he has written good books in the meantime—and of course my opinion about it is totally subjective anyway. But for me it reflected, and confirmed, my fears and doubts about my own creativity. That fear cemented in my mind. What if my well of creativity is finite? What if I actually do become successful, and there is nothing left for me to give?

I don’t really think creativity works that way. It strikes me as more like something that grows and expands the more you use it. Once you take the lid off and let it start flowing, there is no going back. You probably can’t stop it if you tried; it is that powerful a force. (I wish I had discovered that years ago, but apparently I am a very late bloomer.)

But regardless of our conscious beliefs, our fears can be hard to shake, and often run like gremlins in the background, poking at us from our subconscious, and causing us discomfort.

Many people assume that failure is our biggest fear, and it can look that way. But in reality a bigger fear, for many people, is the fear of success.

Success is frightening because with it comes expectations, not the least of which is the expectation that that success will continue. We sometimes attribute small successes along the way to being the result of fluke or luck, and fear that we will be “found out” as unable to sustain greater success.

In both creative and other endeavors, the fear of obtaining a measure of success only to be exposed as unable to maintain whatever it took to get us there, or as unworthy to have obtained it at all, can manifest as imposter syndrome.

Imposter syndrome—the fear that people will find out that we have been BSing our way through life and really don’t know what the hell we are doing—is, if not universal, at least pervasive.

When I think back to my childhood, I looked up to the “grown ups” as the people who had it all together, who knew it all. As I grew up I kept waiting for that feeling to kick in for me—that feeling of being grown up and competent—but it never did.

At some point I realized that it never would, and I wondered if everyone around me felt the same way I did: that we are really all those same children, just in a grown up bodies, continuing to stumble our way through life.

While it is enlightening, and somewhat comforting, to realize that others (even Maya Angelou) experience similar fears, it is also a little frightening.

One might think that failure is the opposite of success, but in reality I think it is invisibility. Invisibility is comfortable, and safe, but it’s not particularly challenging or inspiring.

When we come to a point in a given situation where when comfortable just doesn’t cut it anymore, where the fear of remaining stuck and invisible outweighs our fear of success (or failure, exposure, embarrassment, or whatever else is waiting for us in the unknown) we push past that fear and put ourselves “out there.”

But still our imposter syndrome fears may be there, lurking in the background. Bringing them into our conscious awareness is key to lessening their power over us.

Imposter syndrome, and fears that arise around success and failure, are often manifestations of deep feelings of unworthiness. So our innate and inherent worth is forgotten, and we can be plagued by vague feelings of shame.

Is it any wonder that many of us fear success? That we fear the exposure of our shame and unworthiness to the world? We sometimes decide that remaining invisible is the better choice, and self-sabotage our efforts.

But what we fail to realize is that we are born worthy. There is nothing we have to achieve or prove in order to enjoy that worthiness, even if we have allowed our true worth to become buried under a lifetime of perceived mistakes, failures, and self-recrimination.

We can start now, in this moment, remembering and reclaiming our inherent worth and value. And we can begin to shine our own unique light on the world.

Fears, doubts, and limiting beliefs tend to thrive in the darkness. By shining a light on them we begin to loosen their hold on us.

Gail is a certified hypnotist, writer at Spiraling Up and aspiring poet. Her approach to personal development is pragmatic: baby steps are OK—and small changes can add up to big rewards. She also keeps busy as an admin assistant, wife, and mom to three grown children. Connect on Facebook or Twitter.

Why We Feel Like a Fraud (and How to Stop)