Overcoming the Power of Suggestion: Make Your Own Choices
By Sam Russell 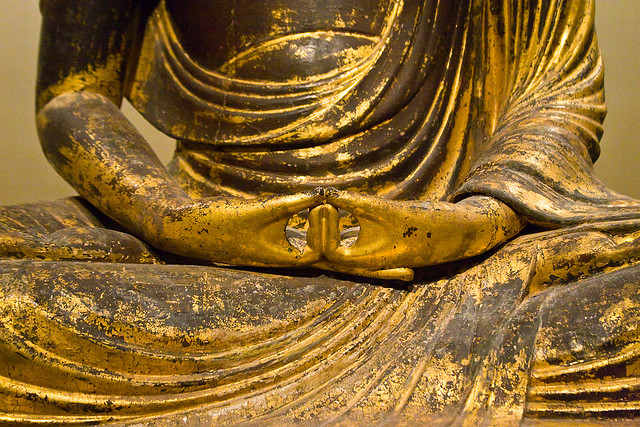 “People who urge you to be realistic generally want you to accept their version of reality.” ~Unknown

I’m often open to suggestion. I like to gather opinions and feedback about my writing so that I can use it to improve the impact and make it a better read.

The thing I’ve learned about listening to other people’s thoughts on my writing is that sometimes what seems like good advice is little more than personal preference; changing an image or an entire scene to suit one person isn’t always the right path, especially if my gut is saying, “You know you don’t want to do that.”

Now that I am working on a novel, I realize how easy it’s been to sway me, not just in my decisions but also in my thoughts.

Have you ever taken a different route to a party or family event because the person in the passenger seat told you to? How about putting those comfy, though slightly old trainers in the bottom of the closet because your partner thinks they look shabby?

It’s a given that we’ve all spent money on something we don’t need because we’ve been lured by the suggestion of T.V. and big companies that appeal to our desire to happy. I bet some people have even given up on dreams because someone else has said they’d be better off aiming a bit lower.

There’s a difference between valid advice and suggestions based on self-interest.

There are times when my view of reality gets distorted, when I’m stressed or upset. Once I’ve calmed down, I often acknowledge that my perception was overblown, although a grain of truth often remains.

It’s frustrating when someone else negates my experiences—essentially saying there is no grain of truth.

A lot of the time I can take what’s helpful to me and shrug the rest off, but I sometimes start to lose trust in myself when the words come from an authority figure.

We can easily decline the views of a family member if they don’t reflect how we think or feel, but it’s much more difficult to follow the path that you know is best for you when faced with suggestions from well established groups, such as doctors, teachers, and politicians.

Sometimes we’re given advice that is necessary even though it seems bad, but other times, we need to recognize when other people simply don’t understand what’s going on with us and what’s right for us.

For example, I had a rough day about a month ago. I was in an unfamiliar place and finding it hard to cope. When I spoke to someone about my feelings of uncertainty, about the fear and emptiness I felt, he quickly realigned my experiences to his point of view.

He told me that the things I had felt hadn’t happened and that it had just been an unusual day, but that didn’t change how I felt.

I’ve done it before myself, but I try to be conscious of whether or not I am actually trying to help someone, or trying instead to silence them and convince them to do what I would do (or what I want them to do).

If I’m giving feedback on someone’s writing, I’m conscious that my interpretation could be incorrect, so I always say, “It’s just a thought, and you’re free to pass it over, but…”

I’ve found that when someone is suggesting you think, feel, or do something that doesn’t feel right, the best remedy is to question. You don’t have to do it out loud if it’s not called for, but it will help you highlight unseen motivations and desires if you ask yourself, “Why has this person told me to do something that goes against my gut feeling?”

These motivations and desires might not be malicious. Even people who mean well can end up having a vested interest in your decisions. For example, a friend might suggest applying to the same college, even if you’d rather not, suggesting it would be better to be closer to your family, when in all reality that friend just doesn’t want to go it alone.

Once you’ve asked your questions, politely address these issues and stand firm. Question yourself too: “Am I distracting my friend from her work because I think she needs a break, or am I tearing her away because I’m bored and lonely?”

A bit of persuasion goes a long way. When we’re feeling uncertain and vulnerable, we’re more likely to accept the influence of others. Maybe it’s because we need reassurance or we’re feeling frightened by the prospect of stepping out with a new idea.

Sometimes giving in to persuasion is a way of stepping back into our comfort zone.

There’s nothing wrong with trying to get people to see your side of the story, especially if it’s for a good cause or to help steer them from disaster. But we have to be mindful of how we influence one another. We have to watch out for those moments where we hold people back or are held back by others.

If we gave in to consensus all the time, even over the smallest things, how far would we get with our dreams? How much of my novel would be mine and not the decision of others?

Influence is rarely selfless, which is why we need to be mindful of the power of suggestion so that we make the choices that are right for us.

When (and When Not) to Take Advice