We Are All People Who Need People
By Beth O'Donnell 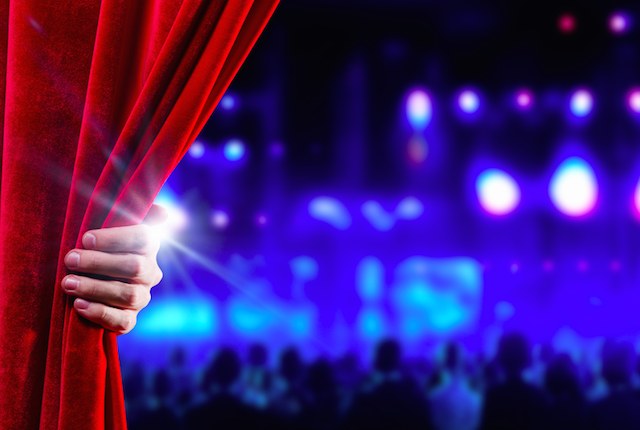 “But first be a person who needs people. People who need people are the luckiest people in the world.” ~Bob Merrill, lyricist, Barbra Streisand, artist

Barbra Streisand and I could be twins.

For starters, we were born on the same day.

Sure, she got here a couple of decades earlier, but except the part where she’s a rich, famous, writer-director-actress married to James Brolin, and oh, that singing thing, we could have been separated at birth.

We both have blue eyes and chemically enhanced blonde hair. We speak the same language; in Brooklyn or Philly, you say, tuh-may-duh, I say tuh-may-duh.

Our cultural heritages are similarly steeped in neuroses and commandments, thus our identical self-confidence issues. A small sampling of the insecurities we share:

“People” was Babs’s first Top 10 hit. When my mom sang along with the “Funny Girl” in the sixties, I thought “People” was a love song. You too?

Lyricist Bob Merrill’s original hook was “one very special person,” because “Funny Girl” is the story of how singer Fanny Brice found the half that made her whole in gambler Nick Arnestein.

Except, there are two kinds of luck, as Nick learns, and Fanny ends up hungry and thirsty again.

So Merrill put the kibosh on only lovers being very special in favor of, first, an emotional connection with people. Plural. The new focus reflected a key plotline in the movie: the need for people to be vulnerable enough to ask for help and have more than one person to ask.

Barbra gave us a glimpse of Fanny’s vulnerability when she sang “People.”

The audience connected to Fanny when she performed because they saw a real person with self-doubt and sorrows, despite her success. Fanny needed the audience to give her the confidence to come back after she lost everything.

At the time, Barbra told reporters she too connected with the audience by being authentic. Thus, putting on a show made her vulnerable, to her emotions and to criticism, the worst of which came from herself. Her constant internal refrain was:

That’s it, isn’t it? The real feeling deep in our souls? What if they don’t like you?

And we aren’t acting more like children than children.

We crave inclusion so much that admitting we want a connection with another person—not even a lover, a fellow human—is as frightening as a death threat. Grown-up pride can’t hide the need to belong.

So we hid, Babs and me. From the world, for years, for the same reasons, on fraternal twin timelines.

I went underground a little later than Barbra. At thirty-three, I walked away from public office after seven successful years because I couldn’t live in the spotlight. Despite building playgrounds and guarding the treasury to the acclaim of voters and editorial cartoonists, I drew the curtains on 10,000 constituents.

Fast-forward to forty and still single, my remaining confidence was shredded like a New York Times review. “One of these things is not like the others, one of these things does not belong” was my hit song. The words are forever imprinted in my brain.

Stage fright seized Barbra’s confidence at twenty-five, when she forgot the words to a song, in front of 135,000 “voters,” under a literal death threat. Spotlight size is relative, though, so it was essentially the same situation as mine, and so Babs walked away from public performance too.

What’s more, by her early forties, the great and powerful Ms. Streisand shared my Sadie envy. We had similar spinsterly reactions: we blamed ourselves and then spent years and thousands trying to fix ourselves.

Working from home aided and abetted my self-imposed isolation for seven years. Barbra tightly controlled, well, everything, for twenty-seven years.

We were happy during that time, B & me. Fear was barely an impediment. Life was a Greta Garbo bio-pic. We were content cocooning. Searching deep in our souls, we discovered we were already whole.

Then we remembered we need people.

And people needed us.

Were we ready for our comebacks? Seems so.

Barbra hit the trail partly because her calendar was open: two films were serendipitously postponed. She also wanted to secure her financial future. Lucky her, she required only two performances to be set for life.

A secure financial future is on my trail too, though right now I need two jobs to be set for the year. That said, I’m just about the age when Babs went public again. Give me another twenty years to achieve international fame and fortune.

Time and money are powerful incentives, but as Barbra declared, “Opening your heart is the goal of the quest.” Ultimately, what brought us both back was the need for connection, with people.

Despite stage fright and a black hole of confidence, we needed to belong, where we belong.

So what did we do?

Like twins, we did the same thing. Babs went back on tour. I went back East.

While I moved home to Philadelphia, Barbra brought her home to the stage. The set for her first comeback concert looked like a living room, albeit Louis XIV’s living room.

On her seven-month tour, Barbra had family on hand. On my return, I stayed with my sister for seven months. Needing people and living with them entail completely different kinds of vulnerability. And restraint.

Barbra managed any word-related worries with Teleprompters. I prompted myself to exchange kind words with neighbors and to meet new friends—no worries.

Babs had something to do with her hands, and visual aids. Me too—a puppy.

She told stories, which is my real talent. Amusing anecdotes are mood-stabilizers for me.

Speaking of drugs, we are both honest about it. Barbra and I benefitted from advances in psychopharmacology. A beta blocker here, an SSRI there, and we can face our mutual under-abundance of confidence.

Medicine aside, maturity helped. By fifty, we understood that some losses are forever; some things cannot be changed. We realized we are each, first, a person who needs people, and that’s okay.

Gambling with our vulnerability continues to pay confidence dividends.

Barbra is able to do public shows whenever she wishes. She re-connects with her audience; she belongs on stage. Going solo in a duo society gives me the confidence to connect with people and to show up, for myself and my friends. This is where I belong.

Barbra still retreats, hiding in Malibu, with James Brolin. I still hide at home, in Philadelphia, with yet another puppy.

What’s really funny, girls and boys, is how many of us think hiding behind the curtain or in our bedrooms is riskier than opening night or opening a door. We might feel safe but we won’t ever feel secure without emotional connections. Poets, playwrights, and psychiatrists agree: people really do need people to survive.

Maybe you have stage fright, and all the world is a stage. Maybe you are shy, or ‘new around here.’ Maybe you made a bad bet at work or love and lost your confidence.

Take it from Fanny, Babs, and me, be vulnerable. Maybe for the first time, let yourself be a person who needs people and your luck will change.

Are you ready for your Act 2?

Man behind curtain image via Shutterstock

Beth O'Donnell is a self-employed telecommunications consultant, though she claims expertise in solo adventures, broken hearts, and Boxer dogs. She blogs at Single and the Sweet Side of 40 where she often quotes Mae West: “I am single because I was born that way.” Beth resides in her native Philadelphia, a happy sister, aunt, friend, daughter and unhappy sports fan.

10 Ways to Feel Confident Doing Things That Scare You