Realizing Your Dream: Stop Dwelling on “What Ifs”
By Jessica Roebuck 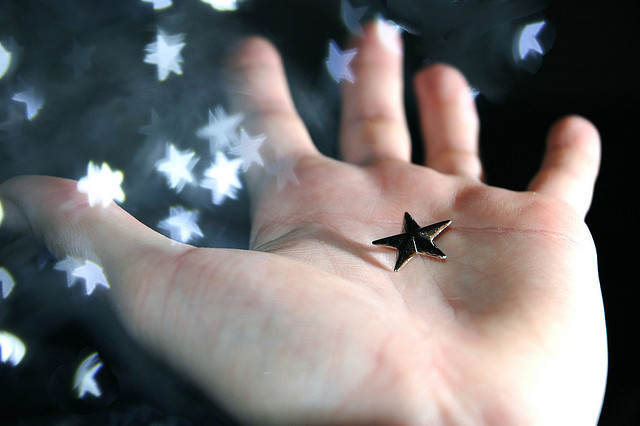 I think I always had an idea of what I wanted to be when I grew up, but I sort of tweaked it along the way. I knew I wanted to work in the field of science, but like most kids, I wasn’t exactly sure where I fit in.

When I finally did grow up, I found myself working in bars by night and a dead-end office job by day; this lasted for most of my 20s. Who was I to complain? I was making decent money, but I felt awfully unfulfilled.

I knew that I had what it takes to actually be a scientist, but I was not sure exactly how to get there. And for a moment, I thought it was too late.

My childhood family was not comprised of college-bound folks; there were both hard workers and slackers alike, but school was not considered to be important.

I was never pushed academically, and there were rarely any consequences for receiving bad grades. Also, like many families in the United States, mine was extremely dysfunctional.

I was actually quite an intelligent child. I comprehended the concepts that the instructors were teaching; I just did not care to pay attention. And why would I?

No one in my home valued education. Despite being able to understand science with my eyes shut, I struggled with mathematics because it’s hard to learn the subject when one is being rebellious.

I started playing around with a microscope when I was a teenager. I had big dreams to one day become a microbiologist and to cure diseases. But I also got caught up with a bad crowd and, ultimately, ignorance coupled with peer pressure led me to becoming a mother at a very young age.

Still, I persevered. I bought books about biology, microbiology, virology, and anything that I could find in order to better understand the subjects, all while raising my child. I particularly remember collecting specimens and attempting to teach myself how to do algebra whenever I had the chance.

Until one day, one of my family members laughed at me and said that I should give up the idea of becoming a scientist, because it would never happen. This person also told me to prepare for a life as a cashier.

My heart sank, and I believed that I would never be good enough to handle the academic demand that is required for a career in science. In the blink of an eye, I gave up on my dream.

I distinctly remember that around this time kids were graduating from high school, and their families were celebrating their entrance into the collegiate world. I was being left behind.

That sinking feeling in the pit of my stomach is one that is hard to forget. But instead of letting it get me down, I used it as motivation. While I spent many years regretting not pursuing a career in science, I decided to stop suffering, took a giant risk, and signed up for college.

I was now majoring in biology!

And at first, it was scary. I was so afraid that, because I was much older than the other students, I would stick out like a sore thumb, but I was surprised to find that no one seemed to care that I was in my early 30s; it was an unrealistic fear.

And math was my Achilles’ heel; that terrified me more than anything. How on earth would I learn algebra and calculus? I was so far behind and I had to start with core classes.

There were times when the concepts in math were difficult. I shed many tears, and there were a million times when I wanted to give up, but I kept pushing forward, reminding myself of how badly I wanted this lifelong dream to become a reality.

Finally, after much hard work, I mastered mathematics.

In fact, I made it my friend! Now math is so easy for me, it feels like second nature. And I have received the opportunity to work on so many fascinating things in the laboratory—everything from handling bacteria to extracting and processing DNA!

After many years of struggling to get to where I am, I realized some very important things that I would like to share with you:

Never give up on your dreams.

Even if you kicked them out of the way because someone told you they were impossible, they’re still your dreams; you’ve merely set them aside.

Think back and remember the dreams you once had, whether it was to go to college or to become an animal rescuer or even to travel the globe. Your dreams have never truly gone away. If you work hard enough and do all of the necessary planning, you can achieve any goal that you set.

Learn to take risks and ignore all of the “what ifs.”

I finally had the nerve to just kick the “what ifs” off of the boat and take the plunge into the sea of dreams. You can conjure up all of the “what ifs” that your mind will allow, but that energy is better spent working toward your goals.

Meditate and live in the present moment.

I am going to assume that if you put your life’s dreams on the backburner, it’s because they seemed insurmountable at the time. I am not telling you that it will be a walk in the park, because that has not been my experience, but I will say that taking each piece bit-by-bit makes it a lot easier to chew.

Don’t dwell on the past and do not worry too much about the future; just…be.

Meditation, something I never thought I’d ever do, has been my saving grace. I incorporated a meditation routine into every day (just like brushing my teeth), and it has virtually eliminated all of the stress and anxiety associated with my experiences in school.

Make friends with your obstacles.

I used to despise math, and the more I couldn’t stand it, the more difficult it became. I finally realized that, because I never gave it a real chance, I did not have the right to be so angry at it. Just like when we first meet someone, it is better to be friendly toward that person rather than to judge him or her and simply walk away.

If something is standing in your way, try your best to give it some gentle understanding. Perhaps you were looking at it all wrong from the start.

Make friends with the things that aggravate you and find reasons to like them; it makes it so much easier to master something when you no longer consider it an obstacle.

It is never too late to fulfill your dreams and become the person you have always longed to be. You just need to let go of fear and step into the unknown.

Jessica Roebuck is a biology major at Montclair State University in Montclair, NJ. She is the founder and sole contributor of the page www.facebook.com/HeavyScienceMadeLighter. Contact Jessica on Twitter @MissMicroscope.

5 Fear-Based Decisions that Limit Our Potential

Every Great Dream Begins with a Dreamer

How to Change Your Mind and Your Life by Using Affirmations