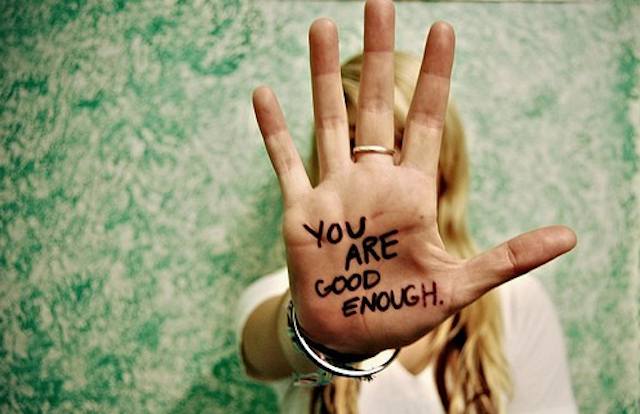 “If you concentrate on what you don’t have, you will never, ever have enough.” ~Oprah Winfrey

Seven years ago I discovered a world of healing, energy, and spirituality. It came at a particularly hard time in my life. Everything that could go wrong seemed to have.

First, I picked up a bug while travelling, which left me unable to hold down food for over eight weeks, and doctors told me there was nothing more they could do.

Then, there were secondary infections, which I learned I might have to live with for life.

I was being bullied at work and then walked away from my friends. Both of these experiences were extremely stressful and a great source of pain. Then, two weeks after moving to a new country to start afresh, one of my best friends died suddenly.

The first twenty-five carefree years of my life exploded in my face, and confusion set in.

In a desperate quest to find answers, happiness, and peace again I went searching, and what an awesome world I found!

It started with discovering kinesiology and developed into a learning of healing foods, chakras, and energy healing. Yoga and meditation followed, along with personal development seminars and stacks of self-development books.

And all for a good reason—each of these disciplines was quite literally changing my life.

One by one, they helped me unravel subconscious layers from the past and release old stagnant energy, emotions, and beliefs that were no longer needed.

For example, if I felt angry and frustrated from work, I would pop in for a kinesiology session and walk away upbeat and happy. If I got upset after an argument with my husband, I’d run off to heal the part of me that was causing this to arise, and skip home loving and free.

To say these quick fixes became addictive would be an understatement.

Then, over the last year I kept getting the same lines repeated to me over and over again. Healers telling me my work with them “was done,” my kinesiologist telling me I’d “got it” a while ago now, and friends reflecting left, right, and center that “I’m there.”

The problem was that I could not see it. Surely there is no final destination, and besides, there were still so many things to fix. I didn’t feel “there.”

My addiction to fixing myself had kicked in. Even though I know we are all human and will never be perfect, I felt the need to keep on clearing as much of the imperfect away until I got “there.”

But “there” was not coming, at least not in my eyes, and frustration started building. I believe this addiction formed due to a deeply hidden belief that I was not fundamentally good enough.

I thought that if I healed enough, sooner or later I would be “fixed.” I would be good enough—but I was missing the truth, the truth that we are always good enough exactly as we are.

We will all encounter lessons as we walk through life and, of course, healing can help us move through these, but fundamentally, we are always already good enough. This part I was slow to grasp.

Along this journey I had walked away from a career in advertising to follow my passion for nutrition, leveraging all I had learned to become a coach. What I didn’t see coming was the second cousin to “healing” and the old pattern formed under the guise of “business development.”

All of a sudden I would never be a success unless I had mastered a zillion courses on marketing, sales, coaching, webinars, and list building.

No matter what I did I couldn’t hold on to the money I was making—so I looped back into the healing world looking for answers to my money blocks.

Then came the clincher: My income dramatically increased—and, you guessed it, I still spent every cent each month on the next skill I needed to learn or block I needed to clear.

At the same time I noticed I was getting angry with healers and “experts,” as they repeatedly told me what I already knew.

Something wasn’t adding up any longer. Luckily, the person I turned to for advice supported me to process the most amazing realization for myself:

I discovered that I had been through an intense period of learning, that over the last seven years I had been absorbing “universe lessons.”

It was time to step out of the Universe-ity classroom and start truly living all that I had learned. And with so much knowledge under my belt, it was also time to pass it on to others.

It’s not that we will ever stop learning—it’s just that we have to start using the tools in our everyday lives, as opposed to conducting an ongoing search to fix ourselves.

Through my journey, I have learned that it is common for us to get these lessons in the spiritual realm, but not bring them to life in the physical world.

At some stage along the path I had started focusing on what was still “broken” instead of how amazing things had become.

I was so blinded by this thought pattern that I was unable to receive the joy and pleasure already surrounding me.

By shifting from the energy of “not enough yet” to realizing I already am, I’ve found the peace to step forward and apply all that I’ve learned, and inspire others to do the same.

I now know that I am already so much more than “enough,” and it’s now time to graduate from Universe-ity!

So I invite you to check in on your own motive for healing. Are you desperately trying to fix a part of you that you deem wrong, shameful, or bad? Or, can you accept that you are already perfect exactly as you are now, shadow and all, even if you still have room to grow?

Are you ready to relax and let your journey unfold exactly as it is supposed to?

Amanda Daley is a business mentor for health coaches. After going from burnt-out advertising executive to thriving health coach, Amanda now uses her marketing expertise + coaching mojo to help other wellness entrepreneurs get clients and build successful businesses. Visit her at upswingmastermind.com and amandajanedaley.com or on Facebook at facebook.com/groups/healthywealthysociety.

You Are Broken, Let Me Fix You

Healing Is a Journey, Not a Destination (and You’re Not Broken)