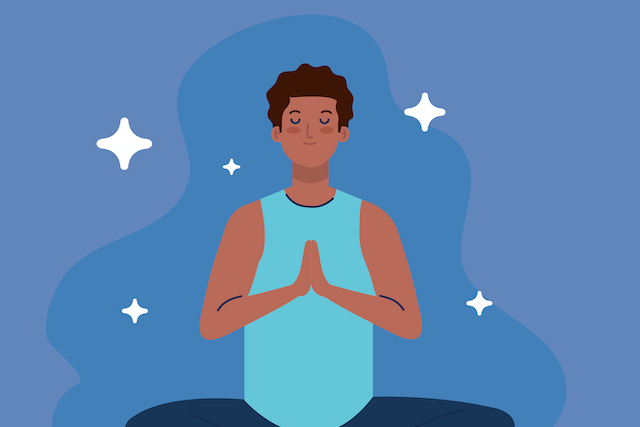 “Lean too much on other people’s approval and it becomes a bed of thorns.” ~Tehyi Hsieh

In the face of a conflict with another, the wisdom that most often brings me peace is the reminder that the only thing I can change is how I react. Whatever or whoever else is a part of the conflict, that is outside of my control.

While I certainly advocate using your excellent communication skills to work through problems with the ones you love, I am a firm believer in finding my own way to cope rather than being a victim of circumstances.

These are three powerful tools on the road to doing just that:

1. Realize that no one else is paying attention.

Back in high school, I faced the typical struggles of being a teenage girl who was well outside of the in crowd. It was no fun to feel like such an obvious misfit, and I remember more than once worrying about what my peers would think of something or other that I’d done.

It was then that my dad spoke one of the most liberating truths into my life, harsh as it may sound: “Who says they care enough about you to have an opinion in the first place?”

And what a revelation it was. Humans of all kinds (even, and perhaps especially, teenage girls!) are obsessed with themselves. Each of us lives in a universe that revolves around me; you, if anything, are a mere blip on the radar.

In my adult life, this same wisdom continues to guide me.

Too often, I find myself thinking that I’ll do something to “prove” something to a person I’ve been in conflict with.

I’ll think that by staying single and being obviously happy and fulfilled, those who’ve expressed sympathy or tried to set me up will realize that their efforts were unnecessary. I’ll be tempted to pursue a job or another degree because someone, somewhere will be impressed by it and maybe realize they underestimated me.

And then I hear my dad’s words again, and I remember that no one is paying that much attention.

No one but me cares that much about the direction my life takes, the principles I stand on, or the lines on my resume. Any fraction of this life lived for the approval of someone else is wasted; “they” will never notice, and I will be unfulfilled, waiting for something that will not happen.

The only one whose opinion matters is the only one I have to look at in the mirror at the end of the day. If she is not okay with who I am and what I’m doing, then I have failed.

In the last year, I met the first person who was really difficult for me to be around in a long time; probably since those troublesome teenage days. We didn’t get along, and so I avoided him. I was not unkind, but the feeling of dislike was unfamiliar, and not one I enjoyed.

One day, I got the idea in my head that I should “make peace.” At a gathering for a mutual friend, I said the things I felt needed to be said, in the best way I could say it, and was disappointed that the result was not what I had intended. We did not become friends, but rather he continued to treat me in a way that made me uncomfortable and left me feeling disrespected.

For a while after that interaction I wondered if I should try the conversation again with a different approach, hoping for a different result. I think even then I knew I was barking up the wrong tree, but I suppose it’s a part of human nature to want to be liked and understood.

I then remembered another valuable image that helped me make peace with the matter. Everything we see or experience is filtered through our own unique personality and worldview. How can we say for certain that a color we see or a flavor we taste is the same for anyone else on the planet?

The same was true for my conflict. No matter how many different ways I tried to send the same message, I could not control the way it would be received by this person. I had to trust that I’d done my part as best as I could, and if and when it was ready to be received it would be.

No one likes to be nagged. I’ve found wisdom only makes sense when you’re ready to receive it, and the pushier the message-bearer, the more resistant the recipient. Do your part, say your piece, and leave it alone.

In all of this, we walk away from the need for the approval of others, focusing on finding our wholeness in ourselves. But this journey will not be a peaceful one if we step from the disapproving voices that surround us to a similarly unkind voice that comes from within.

I’ve caught myself more than once berating myself for making a mistake. “You colossal screw-up! Way to go, moron!”

Imagining someone else speaking to me that way opened my eyes. If a friend or coworker talked to me the way I was talking to myself, I’d walk away. I know without a shadow of a doubt that I do not deserve to be treated that way.

So why would I treat myself that way?

There is a quote attributed to Plato that I aspire to live by: “Be kind, for everyone you meet is fighting a hard battle.” If we are to give others the benefit of the doubt and treat them kindly regardless of their actions, should we not do the same to ourselves?

I challenge anyone reading this, myself included, to tread carefully the next time you make a mistake. If someone you loved had done the same thing, wouldn’t you respond gently? “That’s alright; you’ll try again another time. No worries.”

Let’s use that same voice the next time we talk to ourselves, whether we feel we deserve it or not.

Create Peace by Imagining a World Beyond It