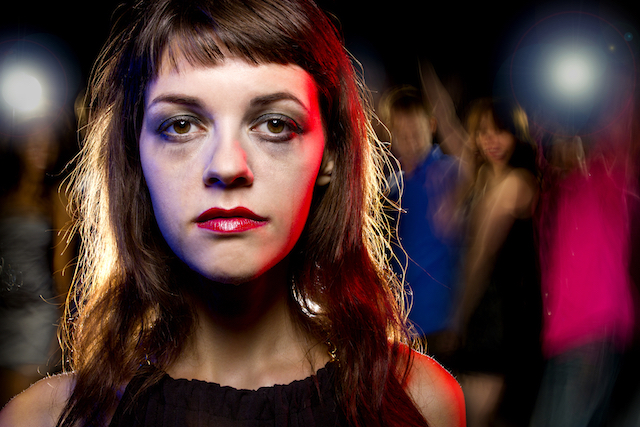 For as long as I can remember, I have always been a little different, defiantly so.

I was that child who never liked cartoons. I was nicknamed “the little old lady” for the things I said at the age of five.

I was that girl from northern Vietnam who refused to change her accent and use of language while schooling in the south, despite being made a subject of ridicule for that.

I was the only pupil that felt indignant about having analyses of literature imposed on us at school—why did everyone have to think and feel the same way about a poem?

The feeling of being out of place plagued my childhood and early adolescence.

My disposition as an outsider deepened during my time studying in Singapore. It was bad enough that I found nothing in common with the locals, but I did not feel an affinity with other Vietnamese students either. Joined by origins and circumstances, we were supposed to feel a bond, but I only felt my difference in interests and values.

When I left Vietnam and subsequently Singapore, I did not know how I would fund my future studies beyond the scholarships I was given. But in my mind, the pain of feeling an outsider justified the risks. I left in search of a place to belong.

My sense of isolation became acute after university. I was probably more out of place in the investment bank I worked for than I had ever been in my life.

Although I was very open to my colleagues, I did not develop the kind of relationships that surpassed our time working together. At the same time, I became more distinctly different from my friends. They all wanted to get their first car, buy their first home, and start a family, none of which was a priority of mine.

Over the years I learned to make peace with the notion that the world did not get me. I was relatively comfortable with my difference but deep down, I never gave up on a hunt for “my tribe.”

When I eventually found my calling and immersed in the world of entrepreneurs who cared about doing good things in the world, I thought my search was finally over. Yet as the months went by, I once again became acutely aware of how different I was from them all.

It was then that I decided to look at the matter more closely.

It became apparent to me that my unreserved self-expression actually did not help people understand me; I seemed to have a different mode of communication from everyone else! As a result, I was almost always “misinterpreted” in early encounters.

With this realization, it was tempting to conform to social norms and expectations, just to be more understood. Yet I could not bring myself to do it. The idea of adopting “inorganic” behaviors for no good reason did not sit well with me. After all, I never offended or harmed anyone with my way of being.

This conflict of wanting to be more understood while being fiercely protective of my authenticity came up in a deep conversation I had with someone. For the first time, I was hit by the thought that rather than the world refusing to connect, it may have been me all along.

Could it be that at some point during my childhood I assumed that my difference would never be welcomed, so I built a self-defense mechanism that kept me from engaging and risking rejection?

That could not be right. I was always unreservedly open about myself. I had a genuine interest in people and an ability to empathize. How could these not have come from an open heart?

Yet my heart knew that it was more open to let out than to let in.

I used to feel that amongst the few, I bore the curse of being different, and in order to not get hurt, I would only let in the special ones who “got” me. From the lofty height of my proud difference, I filtered people as those who I could potentially connect with and those who would be unlikely to get me.

I had little patience for people who did not seem to be on the same wavelength. While I would still be genuinely interested in their stories, my intention to connect would be taken out of the conversation.

This filtering process continued throughout every relationship of mine. I remember being disappointed with good friends for remarks that felt off, and a part of me would be forever shut to them from that moment on.

I was doing to others what I felt the world was doing to me. I judged! The more new people I met on a regular basis, the faster my filtering process became and the more despondent I grew about making new friends.

I felt a twinge in my heart at this realization.

And then something hit me.

If I could listen with compassion to those I did not instantly like, I wouldn’t dismiss them so quickly. Then who knows, maybe I would find a connection with them on some level.

If I did not write off everyone who made an unwelcomed remark to me, I would spend more time trying to understand their perspective. Then who knows, maybe I would find that I had simply misunderstood them.

If I could have more compassion for this world, which works on bases so different from my own, maybe I would not see my difference as such a hindrance for connection.

If I had more compassion for myself, maybe I could start to believe that I, too, would be loved and understood for who I am by the majority of people out there.

I have finally realized that we are all different in our own ways, and what I struggle with, many others do too.

Making myself special and playing the victim role did protect me, for decades, from becoming someone else. But it also took away my faith in the abundance of compassion out there.

Whoever you are and whatever your difference may be, there is enough love, respect, and understanding for all of us. Will you choose to believe?

As a transformational coach, Chi empowers people who feel stifled by mainstream thinking to create success their ways. She also helps businesses engage their audience more effectively with clarity of vision and storytelling. Chi brings a unique expressive energy and a passion for authenticity to her work.

What You Need to Know Before You Start or Quit Meditating