Scared to Try: Moving Beyond the Paralysis of Perfectionism
By Vanessa Coggshall 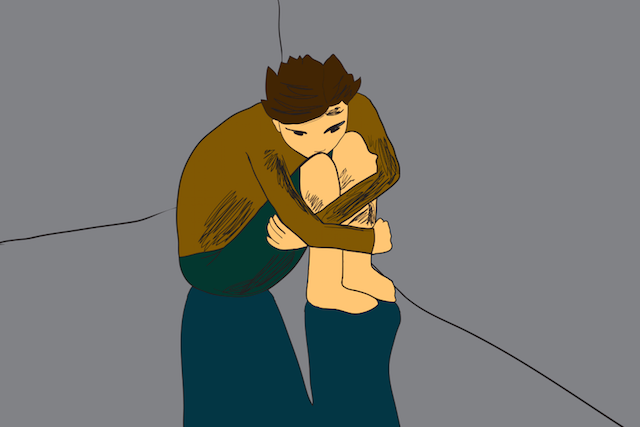 “Fear is inevitable, I have to accept that, but I cannot allow it to paralyze me.” ~Isabel Allende

I am a recovering perfectionist.

Up until now, this is the only way I’ve known how to live. The thrilling burn of perfection invaded every aspect of my life to the point that I became paralyzed by fear. If I couldn’t do it right, I didn’t want to do it at all.

When I was younger, I allowed the desire for perfection to control all of my actions. In music, if I couldn’t sit first chair, I didn’t want to play an instrument at all. In sports, if I couldn’t play first singles, I wanted to put the tennis racket down.

All of the choices I made reflected back on what I could do perfectly.

First, I was never satisfied. Even when I was the best, I was always looking over my shoulder at someone else who wanted my spot. I also doubted my accomplishments and thought, “Anyone could’ve done this.”

Second, my admirable drive to succeed transformed into something ugly. I became paralyzed by fear. If I couldn’t play my scales perfectly, I stopped practicing for fear of hitting a wrong note.

And then the fear turned into anxiety. I fretted about going on auditions because someone who doesn’t know her scales certainly isn’t going to get chosen for first chair. I was stuck between the wanting and the work.

I wanted to be the best, but I didn’t want to work at something that I might not ever achieve. The threat of failure was too much to bear.

As I got older, my perfectionism made me more and more miserable. Reasonable goals that were attainable as a child morphed into more challenging goals that were more difficult to achieve as an adult. My ultimate goal: I wanted the perfect life.

Wanting more, yet full of fear, I continued to eagerly seek the promise of perfection. As if to spite these desires, my world got smaller and smaller. Finally, I stopped taking any action.

If I couldn’t be a best-selling author, I wasn’t going to write a word. If I couldn’t run as fast as the person next to me, I’d get off the treadmill. If I couldn’t decorate my house just like the pictures in glossy magazines, I wouldn’t put anything on the walls.

So you see, instead of living comfortably in the middle of perfection and failure, I went completely the other direction. Because my world was black and white—either I was successful in everything that I touched or I was an utter failure. I couldn’t live in the grey space. I couldn’t be happy with my effort—with the thrill of just trying something new.

Finally, I came to the point where there was only one thing that I wanted to do because I knew I could do it perfectly.

What was this magic thing that I could do without any threat of failure?

I could walk that dog for a solid fifteen minutes and do everything right. I’d put on that leash, walk up and down the block, give her time to do her business, pick up the business in a baggie, and return home. I was a solid A dog walker.

But boy was I unsatisfied.

I had dreams and passions and hopes and aspirations. But I didn’t dare touch any of those things for fear of failure. I couldn’t bear the sting of defeat.

So I walked and walked and walked that dog. I was neglecting my other interests, which would pop into my mind and quickly get pushed out, but my joyous, tail-wagging, tongue-lolling dog certainly loved every second of it.

And then I learned two life-changing lessons.

My first lesson came from my dog. Just watching her pure joy of life—her contentedness to just be—had a positive effect on me. Instead of focusing on being the best dog on the block, she drank in the sunshine and set her sights on appreciating her surroundings.

That contented dog has taught me more about life that I ever thought possible.

My second lesson came from a day at our town’s street fair. The organizers brought in a rock-climbing wall, and I plopped down near the wall to eat a snack. I watched the kids excitedly scurry to the top and come whizzing back down.

One girl, about ten years old, made her way to the front of the line. She got strapped into a harness and approached the wall.

What came next was painful to watch. She tried climbing the wall and stumbled again and again. One step up, one step down.

She couldn’t grab a foothold, and the other kids waiting their turn started to become anxious. To my amazement, she didn’t seem to notice her detractors. One step up, one step down.

She went on like this—without making an ounce of a progress—for a good ten minutes. By this point, the kids behind her became loud and restless. They wanted her to stop trying—to stop wasting everyone’s time.

But she kept on. One step up, one step down. Watching her perseverance, something I didn’t have at my age and certainly didn’t have at eight years old, made me cry.

I was so proud of this little girl—this stranger who reminded me of the person I wish I had been. Even if I couldn’t be the best, I wish I tried.

Finally, tired and sweaty, she backed away from the wall. Instead of looking defeated, she had a huge smile on her face. She turned around and ran towards her mom.

And with those simple words, I was a changed person—a recovering perfectionist.

Vanessa Coggshall is a recovering perfectionist who has set a lofty but attainable goal—to be a writer. Her blog, williamssyndromesmile.com, focuses on raising her children, one of whom has special needs, while balancing present living.

Overcoming Perfectionism in a Culture That Promotes It