Seeing Beyond the Negative: It’s Better Than You Think
By Jonathan Dao 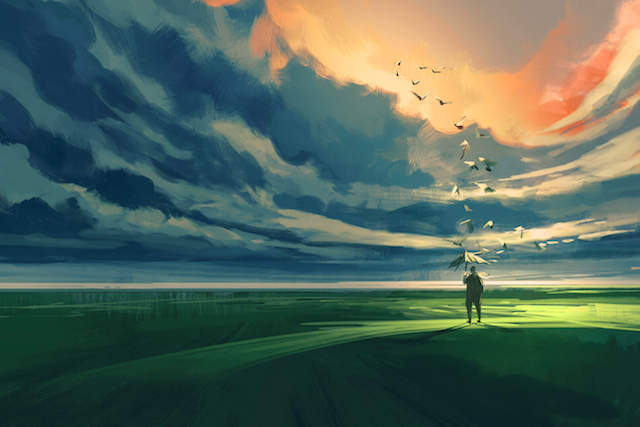 When I first started teaching, I was really ambitious. I took a line from the Pokemon theme song to heart, “I want to be the very best, like no one ever was!”

I had the dream, but the fortitude wasn’t quite there yet.

An early mistake I made was how I measured my success: class participation.

The concept isn’t bad in itself, but the problem was my idea of class participation. To me, it meant one, all eyes were focused to the front; two, students would be highly engaged and responsive with creative answers. In the end, I wanted 100% class participation.

Looking back, I’m not sure where this image came from. Maybe my insecurities were manifesting themselves into high standards. Or maybe I was just being shortsighted and selfish.

Those criteria mark the importance of self. They’re impersonal standards that don’t do much in actually fostering relationships and bonds with other people. And so I learned the hard way…

The kids would barely respond. And even if they did, answers would only amount to a quiet yes or no. But what irritated me the most were the kids who slept.

These are supposed to be high school students. When I was that age, I never…

I wanted so badly to be successful in my role. But every time I saw a kid sleeping, it gave proof otherwise. I failed. I suck. It hurt.

Every time I tried to start a class fresh, but I didn’t have the fortitude to maintain my composure. My eyes were always so focused on the sleepy ones.

I dwelled on the negative.

A few months in, a student approached me. “Jon, I have a question.”

I can’t remember now what it was exactly. I just remember it was a good one. So naturally, my response was, “Why didn’t you ask me in class?”

This was only one kid—and a shy one at that. But she had the guts to walk up and ask me for help.

I started to wonder how many other students went unnoticed like this.

I went into my next lesson with more awareness, and the other students surprised me. I realized I had been neglecting the rest of the classroom: those who weren’t asleep, those who had their eyes on me, those who did listen and respond.

And I can’t even blame those sleepy kids. They weren’t the cause of me failing to connect. I was at fault for dwelling on the negative and letting that become my focus.

It’s like Oprah said, “If you concentrate on what you don’t have, you’ll never ever have enough.”

I had to change my perspective: my standards and measurements were crap. I had to learn that eyes that darted away were due to shyness. They were hesitant to answer because they were so afraid.

Did I truly put the effort to create an environment where they could open up?

Kids who fell asleep didn’t hate me, and they didn’t hate my class. They were tired from staying up all night. They were studying (and playing video games)—just like I did at their age.

And if I really stopped to think about it, I was able to get 100% class participation; it just wasn’t all at once.

I had students who were all on board with the greetings and warm up activities. Then I had kids who would hang with me even through the boring grammar and my lame jokes.

And those kids who slept in class? They turned out to have the best test scores and always turned in their homework on time.

The participation was there. It was always there. But it took me months to learn how to see it.

In the beginning, I was so caught up in the negative and it took away from what I could contribute to the class. But breaking away from that gave me the real power and ability to connect.

I’ve learned that we are in complete control of our perception. And depending on our filter, we’ll have endless opportunity, or we’ll be limited at every step.

Obstacles will be there and so will negativity. They should be. But remember to perceive past that, and you’ll realize that the positive stuff is there too.

Jonathan Dao is a speech and language coach by day, podcaster by night. He shares more insight and talking tips on his blog: CommDao. His show “Discussions with Dao” can be heard on iTunes and Stitcher Radio.