Project Happiness: Believing in the Good in People
By Lori Deschene 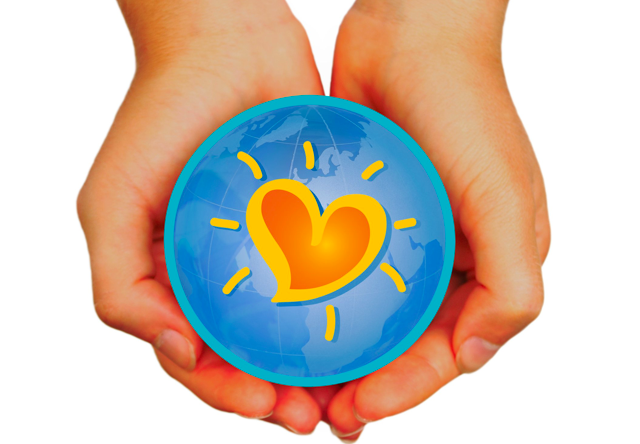 “Make finding the good in others a priority.” ~Zig Ziglar

One of the most exciting parts of writing about happiness is getting the opportunity to connect with people who make sharing joy a priority.

If you’re looking for it, you’ll find positive people everywhere—in your office, along your morning commute, on blogs you follow, and within your Twitter stream. They won’t be the only type of person you see; there are plenty of people out there who walk around holding onto a lot of pain, and knowingly or unknowingly spread it.

But an uplifting person—someone who believes in the good in people—shines a light on the potential we all have inside us to hope, believe, and inspire. A light bright enough to offer a different perspective on those other people who seem so negative. Suddenly, judgment and fear melt into understanding and compassion.

That’s what Project Happiness is all about: making happiness a real possibility for all.

Their main purpose is to provide students with tools and wisdom, based on positive psychology and neuro-scientific research, to create authentic happiness. They work hands-on with kids of all ages, empowering them to feel good about themselves so they can handle life’s hurdles.

When Rolando Sandor emailed me with an invitation to attend the Project Happiness Cirque de Happiness event this Saturday, I couldn’t have been more excited. Honestly, I didn’t know a thing about the non-profit; I just knew “Cirque de” anything had to be a fun, spectacular event.

I was right. I arrived by myself, not even slightly hesitant. It was a fundraiser supporting joy. It would have been pretty ironic if people were closed-off and unfriendly.

The first thing I saw was a woman wearing a white feather wig and matching costume on stilts. The worrier in me stood behind her for a while, so I could catch her if she fell. (Because theatrics make me so gleeful I forget I’m a 5’2” woman, not the incredible Hulk). Luckily, she kept her balance.

Later in the evening, after a successful auction, she joined other colorfully dressed performers onstage for aerial dancing.

At that point, I’d already made some new friends at my table: Rolando’s fiancé, her friend, his future mother-in-law, and a Google employee named Dan. Everyone was friendly and open, offering the type of unabashed acceptance that makes you feel free to be authentically yourself.

It was a nice symmetry to the evening’s messages—most notably, one story Rolando’s colleague shared mid-way through the night.

While working with a classroom of students, she had instructed them to create two self-portraits: one depicting themselves as others see them, and the other, as they see themselves.

As she walked around, she noticed one little girl had drawn a picture of what seemed to be trash. The girl explained that’s how people see her: like a big heaping pile of trash. But in her version of herself, she was a stick figure bending down to help someone up.

“They don’t see it, but I know I’m a good person,” she explained.

On the one hand, it was positive that this little girl believed in the good in herself, but still, my heart wilted a bit.

I don’t know what hit me harder: sadness that someone, let alone a child, could believe she looks that worthless in other people’s eyes, or that fact that oftentimes our response to people we don’t understand exacerbates their fears about our perceptions.

It happens all the time—I know; I’ve been on both ends of that stick.

You see someone who appears sullen, so you form a judgment about the kind of person they are. Or you notice someone who’s aloof or socially awkward, so you walk on by instead of being friendly and giving them the courage to open up.

Happiness can be a real possibility if we give people the benefit of the doubt. If we offer compassion instead of judgment and prevent unnecessary conflict. If we believe in the good in people even when they don’t believe in it themselves.

Project Happiness promotes those ideas—and we can, too, by making small shifts in the way we interpret and interact with the people we meet every day.

Of course, it all depends on how you see things. Do you believe people are good at heart and that everyone deserves, and has to the potential, to be happy?

Project Happiness is doing some amazing things this year; including a trip to Tehran, Iran to develop a peer-to-peer program for young women ostracized by drugs, violence, and abuse. Read more about Project Happiness here.

Interview and Giveaway: Gretchen Rubin of The Happiness Project