How Simple Mini Habits Can Change Your Life
By Stephen Guise 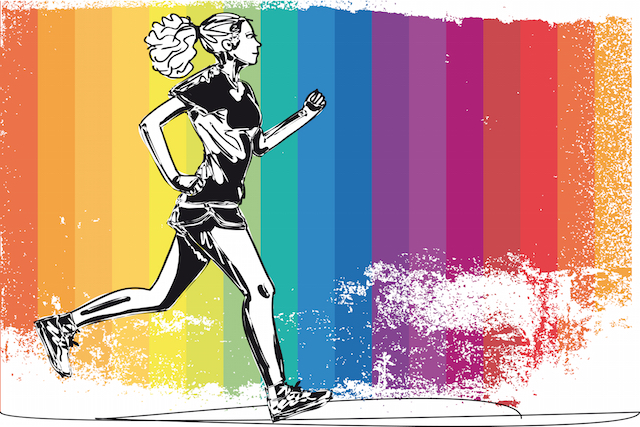 It was late 2012, just after Christmas, and like many others I was reflecting on the year.

I realized that I had ample room for improvement in too many areas of my life, but knowing that New Year’s Resolutions have a poor 8 percent success rate (University of Scranton research), I wanted to explore some other options. I knew I wanted to start before January 1st too, because arbitrary start dates don’t sit well with me.

On December 28th, I decided that I wanted to get in great shape. In the previous days and weeks, however, I hardly exercised at all and felt quite guilty about it. My goal was a thirty-minute workout, and it seemed impossible.

I wasn’t motivated, I was tired, and my guilt was making me feel worthless. Feeling stuck, I remembered a technique I learned from a book, and little did I know that this technique would change my life in a big way in 2013.

The technique is from the creativity book Thinkertoys, and it is to consider the opposite of an idea you’re stuck on. So I looked at my thirty-minute exercise goal, and my giant fitness plan to get in great shape, and I thought about the opposite.

You could say the opposite is eating fast food and sitting on the couch, but the opposite that came to my mind was one of size.

What if, instead of carrying around this overwhelming fitness anvil on my shoulders, I just did one push-up?

Initially, I scoffed at the idea. How absurd to do a single push-up and act as if it means anything! But when I continued to struggle with my bigger plans, I finally gave in to the idea and did one, and since I was already in push-up position, I did a few more.

After that, my muscles were warmed up, and I decided to try one pull-up. Just like you guessed, I ended up doing several more. Eventually, I had exercised for thirty minutes.

My mind was blown—did I just turn a single push-up into a full workout? Yes, yes I did.

The One Push-Up Challenge Is Born

From here, I challenged my blog readers to do at least one push-up per day for a full year. People have had great success with it, and here’s what it turned into for me: For the last three-plus months, I have gone to the gym three to six times per week to exercise and I’m in great shape because of it. Now I know why it works.

I have always held a keen interest in psychology and neuroscience, and I study them for my writing. So when I read about the studies on willpower that show it’s a limited resource, everything started making sense.

Of course, this concept does not only apply to fitness, but to any area of your life you wish to change. And I believe I’ve found the perfect way to leverage this technique – habits.

What’s More Important Than Your Habits?

Nothing. Habits form about 45 percent of your total behavior, according to a Duke University study. Not only that, but they are behaviors that you repeat frequently, which compounds their significance in your life. Habits are your foundation, and if this foundation is weak, you won’t be happy with the way you live.

The calculation can’t just be for one instance, however, but also for when you’re tired and your willpower is zapped. Can you continue it then?

One thing I’ve been wanting to do more is write. It’s therapeutic for me and I write for a living, so it’s fairly important that I practice. When I found that I wasn’t writing as much as I should, I found out how to combine the power of The One Push-Up Challenge with a habit plan.

How To Change Your Life With Mini Habits

Mini habits are exactly as they sound. First, you choose a desired habit or change you’d like to make—it could be thinking more positively, writing 1,000 words a day, or reading two books per week. I’ve had success doing three at once.

Next, you shrink these habits down until they are “stupid small,” a term I made up because when you say the requirement out loud, it is so small that it sounds stupid. Here are mine:

3. Read two pages in a book per day

Easy, right? I could complete this list in ten minutes total. So far, I’ve met these daily requirements 100 percent of the time, and then much more.

I’ve actually written one to two thousand words and read ten to thirty pages per day, for these twelve days in a row and counting. Prior to this, I wasn’t reading at all and writing very little.

It works because your brain falls for the bait.

“Oh, only fifty words? I can write that.”

And then you start. And you’ll find, like I have, that once you start, good things happen.

3. Meditate for one minute

10. Drink one glass of water

You can change nearly any area of your life, and at one mini habit at a time, it’s easier than you think.

When you remove the pressure and expectations, you allow yourself to start.

What mini habit(s) will you start today?