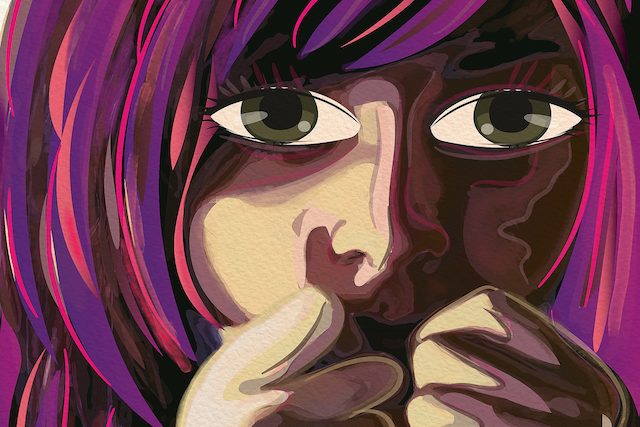 “Peace is not the absence of conflict, but the presence of creative alternatives for responding to conflict.” ~Dorothy Thompson

I used to think that in order to live a completely peaceful existence, there could never be any conflict in my life, so I would do anything possible to avoid it.

That included selling myself short, never sticking up for myself, and effectively compromising my value. That didn’t seem like the road to peace.

The odd time I did say something, it still felt like a losing situation because I never felt I actually gained anything.

Conflict scared me. It made me feel like I was a bad person or not spiritually evolved enough.

About ten years ago, it became apparent that I simply couldn’t maintain a functional relationship with my in-laws, and I was devastated. The relationship became only about conflict, and it was simply too much for me.

After saying goodbye to that dream of being part of one big happy family, I felt traumatized and fearful whenever I was faced with any sort of conflict.

Despite always trying to do the right thing, I have had a falling out with a family member, an argument with a good friend, and a teeny, tiny disagreement with a colleague that became a much bigger drama than it should have.

Each time I tried to learn from the previous situation and handle things differently; each time it didn’t work out for me. I was left wondering, what’s the best way to handle conflict?

When someone does something to upset you, do you say how you feel? Do you ignore it and let it blow over? Is there another option?

First, I decided to question my belief about conflict. Do I have to view conflict as a negative thing?

It’s impossible to be perfectly aligned with everyone in our life so that no conflict ever arises. Expecting that is just going to result in disappointment, or, as in my case, feeling like I was lacking in some way when I couldn’t achieve that.

Sometimes it doesn’t seem right to ignore things either.

When someone is out of line, do we have a duty to make them aware of their impact on others? When someone is being unkind to you, isn’t it showing yourself kindness to put a stop to it? Is potential conflict your opportunity for growth?

If you have a relationship in which you know that sharing your feelings is safe and the other person will respond positively, then you likely don’t even have to contemplate what you should do.

It becomes difficult when you feel unsafe, so you start debating whether to ignore things or tell someone you’re hurt or angry.

If we ignore it, we run the risk of the relationship with that person revolving around how we’re upset with them. We then look for any wrongdoings as evidence; that makes that story true and justified. Things can snowball, and then we can misinterpret everything they do or say in order to support what we believe.

Telling people how we feel sometimes isn’t a good idea either. (Again, I should point out that I am talking about situations where conflict has the potential to increase—maybe with difficult family members, certain acquaintances, or challenging friends).

If we tell people how we feel, there is an expectation for them to accept or at least acknowledge that we feel that way. That might not happen. The other person might not be capable of that, and things then escalate.

Instead, they might go straight to defending themselves. Chances are, the other person did not intend to hurt you, and telling them will make them feel bad, intensifying the situation. This is not the foundation in which to resolve conflict.

Fact and truth are different. Facts aren’t disputable. Truth is.

There is your truth, and then there is what is true for the other person. Both truths are based on perception, which can be completely different.

That doesn’t mean that one is right and the other is wrong. It means that truth can be different for everyone, because it’s influenced by one’s experiences, wisdom, and thoughts.

We expect to feel better by telling someone how we feel and then can blame the other person if that doesn’t happen, making things worse.

So, is there another option? Yes, yes there is. Instead, tell them what you need.

Defining what you need requires a bit of self-reflection, and that allows you to work through what is your ‘stuff.’

If you are angry with the other person and actually can’t whittle it down to being able to ask for something you need from them, then perhaps it is an internal conflict that the other person triggered, and you actually don’t need to involve them.

Focusing on what you need removes “should” and “should not” from your internal dialogue –”they shouldn’t be so insensitive” or “they should be more respectful.” It isn’t true that they should or shouldn’t be a certain way; that’s just something you want.

After determining how their behavior is affecting you, you can then discover what you need or would like to change.

The intention of simply asking for what you need is not to elaborate, but if the other person seeks to understand the situation further, then they might ask questions that lead you to sharing your feelings.

This becomes more of a conversation rather than a confrontation, because the person knows up front what is expected from them and they invited you to share your feelings; therefore, the dynamic in the discussion is different.

Sometimes asking for what you need results in creating boundaries, which are useful and essential in life. (But remember that enforcing boundaries creates separation, which is kind of the point. But if you don’t seek to show your affection within those boundaries, the other person may just feel rejected.)

There is no perfect approach to conflict; there is no surefire way that ensures both parties go through the process without being hurt or upset. And I certainly don’t think that we should never tell people how we feel.

What I am suggesting is that sometimes, in some situations with certain people, it doesn’t help to voice our feelings (and it never accomplishes anything), so taking this approach to only ask for what you need might be more useful.

Unfortunately for me, some of my conflict has resulted in me taking a major step back from certain people, which raises another important question: How do you know when enough is enough? What if there is continual conflict, or you don’t receive what you need?

If grieving that relationship is a less painful option than having that person remain in your life, then that is something for you to consider, especially if it affects your self-worth.

If I had asked my in-laws for what I needed, might things have turned out differently? Maybe.

If I knew what they needed might it have changed things? Probably.

If it didn’t conflict with my boundaries, then I would have accommodated their needs any way I could, had I known what they were.

I know that things would have been very different with my family member if I had just said, “I need your support; I want us to be closer because you matter to me” instead of just feeling rejected, dismissed, and criticized.

Or, if I had just said to my friend who would always cancel our plans at the last minute, “Can we only make arrangements if you are sure you won’t have to cancel, because I really want to see you.”

Or, to my colleague, who I thought was being insensitive when a conflict of interest had arisen, “Maybe we should avoid talking about this topic until there is no conflict of interest, but I really enjoy talking to you, so let’s just focus on other things.”

Asking for what you need, instead of focusing on the other person’s negative behavior and your feelings, is going to make it easier for them to respond to you, especially if you follow your request up with a positive statement.

So, next time you are debating whether to ignore something or say when you have been upset, try asking yourself, “What do I need?”

Belinda Noyes believes in the power of writing, self reflection and self care so teaches therapeutic writing, offers email therapy and sends inspirational letters as gifts. Visit her website for your free e-book on ways to deepen your Inner Practice, or, join her on Facebook as she posts a new way to self care everyday during 2016.

How to Re-wire Your Brain for Better Relationships

Dealing with Conflict: Speak Up Before You Blow Up