4 Steps to Let Go of Stress, Negativity, and Emotional Pain
By Adam Fulmore 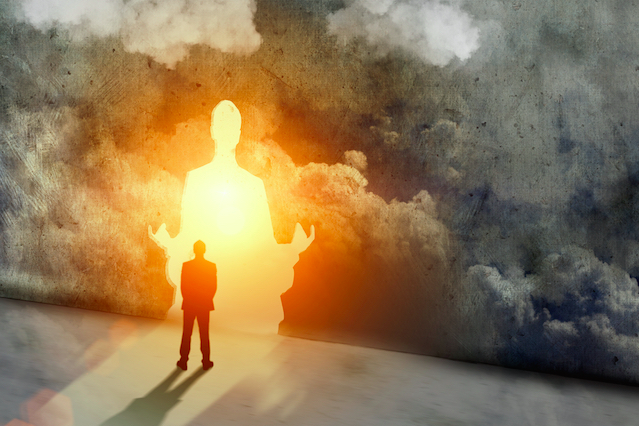 “It’s not the bite of the snake that kills you, it’s the poison left behind.” ~Tom Callos

Have you ever taken it to heart when someone said or did something mean to you? The likely answer is yes; most people have experienced negativity from another person—and it hurts.

But why did you take it personally? Because, like all of us, you want love. And we often assume when someone is mean to us that it means that we are unlovable.

Now, when a person is mean to me, I choose not to accept what they are offering. Also, I recognize that they are doing it because they are hurting inside and don’t know how to express love.

This was the case for me as child. I was a very sensitive, and I received a fair amount of emotional bullying from my older brother. He repeatedly called me a loser and made fun of me.

I am not entirely sure why he did this, but I know he was hurting inside. He seemed to be unhappy a lot of the time. My mom believes this was due to her and my father expecting a lot from him, being the oldest child.

I looked up to my brother, but the mean things he did hurt me to my core, because I let the emotional poison build up and take me over. It got to the point where it became physically painful.

By age ten, I had put up emotional walls so I could block anyone from hurting me—or so I thought. This turned me into an unloving, uncompassionate, and judgmental person.

I would emotionally bully people, just like my brother had done to me. I would make fun of how certain people would dress, look, or speak. I wound pick apart other people’s insecurities to make myself feel better.

Shortly after that, I began noticing how insecure I was.

I was afraid of being judged by others and doing anything that made me stick out. The fear of judgment was so gut-wrenching that it stopped me from doing things I wanted to do, like join the high school basketball and rugby teams, and ask girls on dates.

In my late teens I realized that I needed to make some changes in my attitude, but I did not know where to start.

Shortly after putting out that intention, I felt drawn to Buddhism. I would read books here and there, but did not commit to making any real changes. I did feel a pull to go to a Buddhist monastery, but I thought to myself, “I don’t have time for that.”

By age twenty my spirit forced me to take action. One night after work, I was walking into the kitchen and dropped a glass. I tried to catch it as it fell, but it smashed and cut my left index finger down to the bone.

I was rushed to the hospital and bandaged up. The next day I had surgery on my finger to reattach the nerve.

Shortly after that, I began having visions of a Buddhist monastery. Now that I couldn’t work and I was on summer break from college, I could go.

I went to Birken Forest Monastery, and my life changed forever. By quieting my mind through seated and walking meditation, I discovered that I was actually creating and feeding all of the hell I was going through.

Compounding the pain, my mental torture created several health issues, because my body could not heal in such a stressed state.

I decided, right there and then, that I was going to let go of the issues that were disturbing me.

If you, too, are causing yourself a lot of pain and suffering by holding on to negative thoughts and feelings, the lessons I learned may help.

If someone says something mean to you, it is because they are hurting inside and don’t know how to ask for love.

Now, if a person is being mean, I listen to them, look at them with compassion, and choose not to retaliate. This typically helps defuse that person’s pain.

As a child I often had negative thoughts about myself and others, which would cause me to feel bad.

Many of my thoughts centered on the fact that I didn’t feel good enough. These thoughts caused me a lot fear and anger, and stopped me from doing things that I felt would bring me joy.

One thing that has helped me overcome this is telling myself, “I love being me,” and following through with the things that I feel guided to do.

For example, I received strong intuitive messages to go to college to become a Doctor of Traditional Chinese Medicine (TCM). Doing this was enriching and life changing for me. I also met the love of my life, my wife, at TCM college.

When you start thinking negative thoughts about yourself or others, tune in to your intuition about what would bring you fulfillment. When you devote your energy to things that bring you joy and satisfaction in life, there’s less energy to devote to negativity.

3. Love yourself unconditionally. Because if you don’t, who will?

Every day I reinforce how much I love myself. Why? Because it feels good, and who doesn’t like to feel good?

One simple way I do this is by telling myself, in my head, with a smile on my face, “I love myself unconditionally.” Then I sit in the feeling of love that arises.

Another thing I will do is ask myself the question, “What can I do today to deepen my self-love?”

My intuition will give me a response in the form of a feeling, thought, or image. For example, I may get a thought or an image of something to do, such as spend time in nature or with a friend.

If you don’t, you’re letting your past control and poison you, and you’re the one who ends up feeling bad.

I felt so bad in my adolescence as a result of having negative feelings toward people that I never want to feel that way again. The more anger I would feel toward someone, the more my life felt miserable and chaotic.

To forgive people, I needed to surrender to the things that had caused me stress. They were in the past, and they were only still bothering me because I was letting them.

As a result of letting them stress me out, similar issues would arise in other relationships until I acknowledged that I had to do something about it.

The way I see it now is, if I had rotting garbage in my home, I would not keep it because it stinks and it’s not good for my health. So why would I hold onto negative feelings that are causing me problems?

In order to let go and forgive, I first got into a calm mindset. I did this by focusing my attention on my breath, which brought me into the present moment.

Doing this simple exercise helped me clear so much negativity from my life that I felt like a whole different person.

You may have to do this many times before you feel comfortable with it. It can take a while to fully surrender because we often hold a false sense that these negative feelings are serving us.

It helps to remember the first lesson—don’t take anything personally. The person who hurt you was also hurting. It doesn’t condone what they did, but it does make it easier to forgive.

My Future Is Bright

When I think back to how I was then and compare it to how I am now, I can see how far I have come, and I am grateful. Though, I do see that I have more to let go of. Letting go of stress, negativity, and emotional pain excites me because it allows me to focus on love and the things I do want in my life. The same is true for you.

Adam Fulmore is an Intuitive Energy Healer, specialized in distance healing.  Adam holds a diploma in Traditional Chinese Medicine and has mentored with a Medical Qi Gong master and Native American Medicine Man. Adam has developed his own unique energy healing technique that is focused on healing the root causes others health issues.  You can connect with Adam Fulmore at www.IntuitiveHealthSolutions.com.