Stop Comparing Yourself to Others: An Alternative to Competing with People
By Sonya Derian 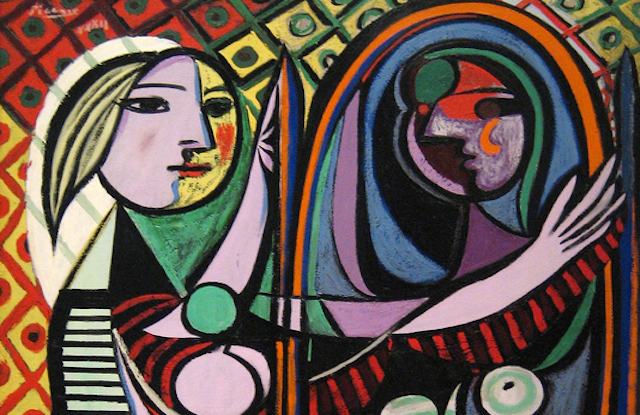 “Why compare yourself with others? No one in the entire world can do a better job of being you than you.” ~Unknown

We all do it or have done it at some point in our lives: We compare ourselves to others and gauge where we are based on what we observe them to be doing.

If this was simply an observation, that would be one thing. But in comparing ourselves to others, we often end up judging ourselves. There’s no one worse to judge!

If you have ever noticed, it doesn’t matter how many people are on your side, cheering you on. If you can’t get on your own side, you never get past “go.”

And this just leaves us coming up short.

But our minds do want to quantify. Our minds want to rank and file and organize information. Our mind wants to know where we fit into the scheme of things. So we need to give it something to do.

So, instead of training it to stop comparing altogether, why not simply redirect the comparison to a past and a present self and keep the comparison within?

We are always becoming more. Who you are today is a result of the decisions you made yesterday. We are always in a state of creation. We decide and then we decide again, and the direction is always toward expansion. It is our human nature to expand.

So, when you catch yourself comparing yourself to another, stop for a moment and re-direct the thought. Instead of submitting to the temptation to compare yourself to someone else, ask yourself a few questions instead.

What are you doing today that you couldn’t have done five, three, or even one year ago? How have you stepped out in the last year that you might have found inconceivable before?

What new decisions have you made or what new actions have you taken that have resulted in you moving in a new direction in your life?

What are your wins this year, compared to last year at this time? How has your life improved? How have you improved? What have you done recently that you never thought you could do?

How are you doing more of what you said you were going to do and shown up more consistently for your own success?

In other words, how have you continued to become a new and improved version of yourself?

That’s the stuff that counts. Comparing ourselves with someone else is an inaccurate and irrelevant measuring stick.

Think about the faulty logic. Take, for example, an introvert who feels energized after periods of solitude. What does she get by comparing herself to a gregarious, outgoing personality who gets bored by an hour alone with herself?

What kind of illogical conclusions can she come to by this comparison?

Take any one of our perpetual comparisons and question the logic. Most are completely irrational in their reasoning.

We all came in different. We all came in with certain intentions that through life experience, we have continued to hone. In fact, the only masterful creation we have to work with is ourselves.

So, why defame it?

Michelangelo said, “Every block of stone has a statue inside it and it is the task of the sculptor to discover it.”

How well we do this is our measurement.

It doesn’t matter what anyone else is doing with their block of stone. The statue that they are liberating is one of their own intentions. But how well we are doing with our own block of stone is our business.

And we must tend to it with honor, care, compassion, and praise.

Because when we have allowed for more expression this year than we have in the last, and more importantly we recognize it, then we can stand taller as a result of the comparison instead of diminished by it.

That makes more sense. Doesn’t it?

5 Tips to Stop Comparing Yourself to Other People

Stop Comparing: No One Can Do a Better Job of Being You