The Time to Act Is Now: Get Out There and Seize the Moment
By Jennifer Shepherd 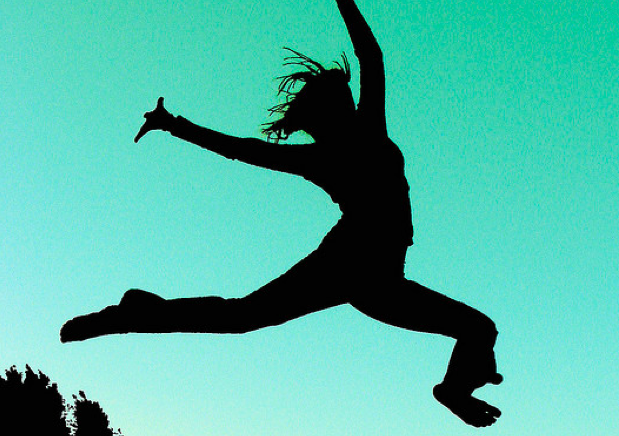 For most of my life, I thought I had no ambition.

To be fair, I thought it because it was true. Don’t get me wrong. I had ambition to keep living, to shower daily, and to seek out entertainment at the end of my miserable days working in customer service. Still, regardless of how miserable those days were, I wasn’t motivated to change my life path.

I used to wish for ambition, in that vague sense that was part fervent desire and part dismissal. I wanted it, but thought that it wasn’t part of me. If I didn’t have enough ambition to become ambitious, what was the point?

Then I got cancer, and I realized that sometimes things come to us in the most strange and horrible ways.

I was 35 when I was diagnosed. I had an associate’s degree and worked at a dead-end job, answering phones and writing down messages. All of a sudden, I had this…this disease, and what had I done with my life? What did I have to be proud of?

I was proud of one thing. I had an amazing son, and since the day he was born, I had poured all of my life into him. At 14, he was already fiercely independent, and didn’t need me like I needed him.

With cancer, my motivation didn’t need to kick in immediately. All of the decisions were made for me. I had an advanced grade of tumor, and although I was Stage One, my oncologist insisted that I needed chemotherapy, followed by radiation.

I didn’t realize overnight that I had motivation. It was a slow dawning upon me.

At first it just felt like I was doing what I needed to do to get through every day. Losing my hair filled me with resolve to become an advocate and show others what beauty from within could look like. I very deliberately didn’t wear my wig because I felt that hiding behind it sent a message of its own, one I didn’t want to endorse.

Cancer woke me up to the possibilities my life still had. The one thing I got out of it was that I wanted to live, and living now meant doing everything I had never realized I really needed to do.

I began chemo in March 2011, and followed it with 33 radiation treatments. I thought my breast was going to fall off on its own by the end, but I finished in July and hit the ground running.

I went back to college in August, received my bachelor’s degree in May, and was accepted to graduate school that fall. I began the program in January of this year, and applied for and got a graduate assistant position. I also manage a movie theater for my second job.

When I went for my enrollment appointment with my advisor, she expressed concern that I was doing too much, that I was pushing myself too hard.

I couldn’t explain to her what it felt like to sleep through 35 years of life and suddenly feel like you were awake for the first time. I couldn’t explain that there was no such thing as too hard when every day I felt ecstatically, unbelievably alive.

Today, I have all the motivation I ever thought I wanted and then some. I beat cancer, and if I have a recurrence, I’ll beat it again. I have a lot of time to make up for, and every single day is a gift.

Do I still have lazy days? You bet I do. But my days are filled with purpose now instead of longing, and for that I am so glad.

I was talking to a friend recently, and I told him that I was grateful to have had cancer. He couldn’t believe I said that, and frankly, neither could I, but as I said it I knew it was true. Sometimes we get answers to wishes that we didn’t even know we wished for. Sometimes those answers feel more like burdens to bear.

But cancer was what I needed to survive to realize that life was too short to be miserable. Do I recommend that everyone get cancer to get through life? Of course not, but there are themes that apply to everyone.

Powering through in the face of adversity.

Getting up and going when all you want to do is rest.

My favorite saying is “You have to get there yourself.” You absolutely do. There is no one or nothing that can force you to do that which you do not want to do.

You might be drifting in your own life, and thinking that you want a change. I can’t tell you how to do that.

If you’re a fellow drifter, my best advice is to work on giving up your limiting beliefs about what you’re capable of doing.

No matter who you are, how old you are, what your health is like, you are so much stronger than you realize. I spent 35 years wishing that I was different, and that got me nowhere. The time to act is now.

Now get out there and seize your moment. And when you’re done with that, seize another.

Jennifer Shepherd is a lifelong Midwesterner finding her comfort zone in strange ways. By day she is a Graduate Assistant at Pittsburg State University, by night she manages a movie theater. She can sweep carpet like nobody's business and conduct a mock interview like you wouldn't believe.

The Difference Between Fulfillment and Achievement