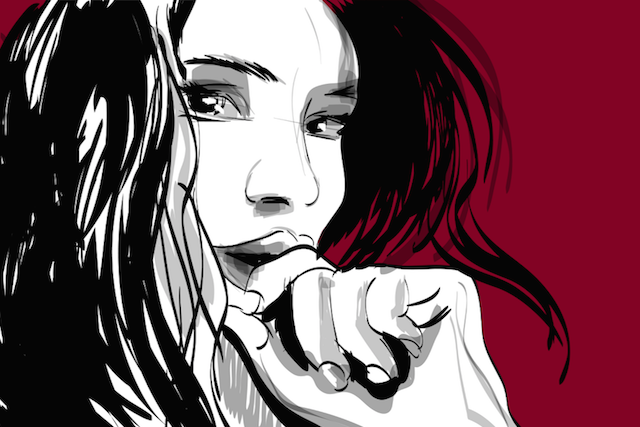 “Judging is preventing us from understanding a new truth. Free yourself from the rules of old judgments and create the space for new understanding.” ~Steve Maraboli

For a long time, I was a judgmental person. I would look at other people walking along the street—who had no idea I was even paying them any attention—and make all kinds of comments based on their appearance, their dress sense, the way they talk, walk, their weight—anything that took my fancy.

“She shouldn’t be wearing that skirt—it’s too short.”

“She should focus on losing weight, not scoffing down that bar of chocolate.”

“Her hair’s such a mess. Why doesn’t she comb it or something?”

The list of secret and harsh criticism was endless, but I didn’t think I was doing any harm. They didn’t know what I was saying about them, and I’m sure some of them would have had a few choice words to say about me, had they found out.

That may have been true, but what was the reason behind my unnecessary tearing down of these other people? It’s not as if they had done anything to me. They were simply going about their own business.

I didn’t think about why I was doing it. If you asked me at the time, I would have answered something along the lines of “because they should/shouldn’t be doing ‘that thing.’ ” I thought I was perfectly within my rights to make judgments about them and think exactly what I wanted to think.

And yes, up until today, I still think whatever I want—I’m entitled to have my own opinions after all, but I’m making more of a conscious effort not to be so unkind about people who do things differently. Truth be told, I’m human, so it’s not always the easiest thing in the world, but making that decision has given me a freedom I never expected.

Back then, after all the judgment and cruel comments flowed effortlessly from my mouth while I was out and about, I would go back to the comfort of my home. Only, as comfortable as I felt inside the safety of my own home, there was a distinct level of discomfort I felt within myself.

Watching TV, I would see women that I thought were beautiful, smart, or simply doing well in life, and the comparing would start. All of a sudden, I was stupid or ugly or failing miserably at being a woman and a mum more than ever.

When looking at myself in the mirror, I would see my entire body covered in unwanted imperfections: the wobbly thighs, the seemingly endless stretch marks, the not-flat-enough stomach, and the butt that was becoming closer and closer friends with gravity.

I disliked myself on a major scale. I didn’t think I was good enough, and as harsh as I was to the people out there on the street, I was exactly the same to myself.

I was unkind and cruel and I mentally beat myself up every single day. The only difference between what I said about people and what I regularly said about myself was that I could hear it—there was no escape.

It took many years to finally reach a point in my life where I could be honest about the reason I was choosing to be so mean. It was a hard pill to swallow, which is often the case when it comes to the truth. I wanted to ignore it and I tried my hardest but once I came to the realization, I had no other choice but to accept it.

Putting other people down made me feel better about myself.

“If I were that size, I would exercise every day.”

“If I had legs like that, I’d wear trousers.”

“I wouldn’t step out the house with such messy hair…”

By making them wrong for being who they were, I somehow gave myself a temporary boost—a feeling of being okay—because I apparently knew what the correct behavior was to undertake in each of their situations and they didn’t have a clue.

In those moments, I became everything I thought I wasn’t: clever, a great mother, a beautiful woman. I couldn’t see or feel those qualities within myself, so I had to use what I considered another person’s faults as the way to reach a point where I could give myself permission to briefly bask in the qualities I thought were lacking.

From then on, every time a thought about someone entered my mind, I would immediately go to work drowning out the words with lots of pleasant thoughts about that person instead. I no longer wanted to be that other kind of person; I wanted to enjoy being me and know I had lots of great qualities without having to latch onto what I perceived as something bad in others.

But that proved to be mentally exhausting. There were so many thoughts flying in that I thought I’d never stop being that person after all. I was so used to making ongoing comments about other people that it’s as if a tap had been turned on and it was now stuck.

But I wasn’t going to give in. I wasn’t prepared to continue as normal now that I could clearly see the reasons behind my behavior, so I changed my approach.

I started to let the thoughts come in and pass as best I could. I purposely paid them little to no attention. This immediately felt easier—no trying to swap them quickly with something else, no fighting, no resisting…

And that’s when I felt the unexpected benefit of freedom, a newly formed space in my mind that wasn’t being taken up with unfair comments. By not holding on to those thoughts, I believed them less and less and in turn, I was able to accept what I saw in front of me—another person living their life in the best way they could in that moment.

If they’re getting on with their life and doing no harm, then let them be. They are who they are and I am who I am. That doesn’t mean I feel this way every time. There are some days where I hold on to those thoughts like they’re the last ones I’ll ever have—until I catch myself days later.

So no, it’s not all rainbows, unicorns, sunshine, and flowers all day, every day.

The most important thing is that in the moments when I become aware that I’m holding on to unkind thoughts about someone a bit too much, I understand that it’s not really about them, it’s about me and the way I’m feeling about myself.

And that acts as my reminder to get and stay on my side so that I can continue to see the best in who I am.

If you ever find yourself being overly critical about someone—especially someone you don’t know—ask yourself why you feel the need. What’s stopping you from accepting a person exactly as they are?

We certainly need to be discerning, for example, between right and wrong, but is it otherwise fair to make people wrong for being different than us or not living their lives in accordance with our ideals?

This Weekend I Fell Apart, and That’s Okay